A second migrant caravan is poised to depart Honduras on Monday just days after security forces in Guatemala stopped the first caravan of 2021 during a series of violent clashes in which asylum seekers were met with tear gas and batons.

Guatemalan television network Televisiete reports that at least 3,000 migrants will plan to meet in the Honduran city of San Pedro Sula a part of an attempt to cross into Guatemala and enter Mexico before proceeding to the southern United States border despite calls from the Biden administration asking them to reconsider.

Honduran Facebook users urged countrymen looking to cash in on the American Dream to meet Sunday at the San Pedro Sula terminal, where many other caravans departed from in the past, set march Monday before sunrise.

Thousands of Hondurans who formed the first migrant caravan of 2021 block a road in Vado Hondo, Guatemala, on Monday. By Tuesday most of the 8,000 migrants has returned to Honduras. But a second caravan is scheduled to depart the Central American nation next Monday 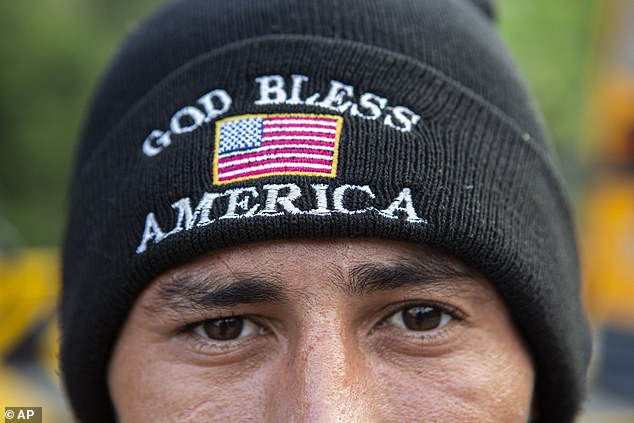 Bryan, a Honduran who last week joined a caravan of 8,000 migrants that crossed into Guatemala in hopes of entering Mexico and continuing the journey to the southern United States border, was returned to his home in the Honduran city of Copan on Wednesday. Guatemalan television network Televisiete reported that at least 3,500 Hondurans are expected to form the second caravan of 2021 next Monday 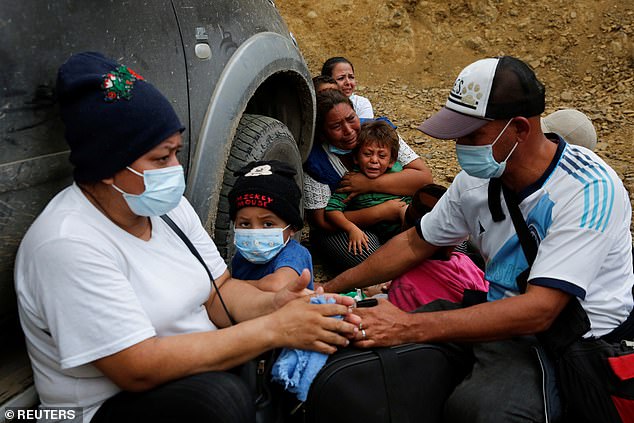 Honduran migrants react after Guatemalan security forces cleared a road where they have been camping after authorities halted their trek to the United States. A second caravan of Hondurans is set to depart next Monday before dawn in another attempt to reach the U.S. and seek asylum from President Joe Biden’s administration

Guatemalan immigration authorities told Televisiete that as many as 5,300 migrants had gone back to Honduras after they were bused to the El Florido border crossing Tuesday following days of confrontations after some of the 8,000 Hondurans migrants broke past a human barricade formed by Guatemalan soldiers and police officers on a highway before their trek to the Mexican border was denied.

Guatemalan immigration officials have said that the rest of the migrants who did not return to Honduras have spread out across the country.

At least 21 Hondurans tested positive for COVID-19 and were placed under quarantine, according to Guatemala health officials. Only when they test negative for the virus will be deported to Honduras.

A reporter from Televisiete noted that some Guatemalan residents opened their homes to Honduran migrants and allowed them to camp out in their terraces as they continued to weigh their options. 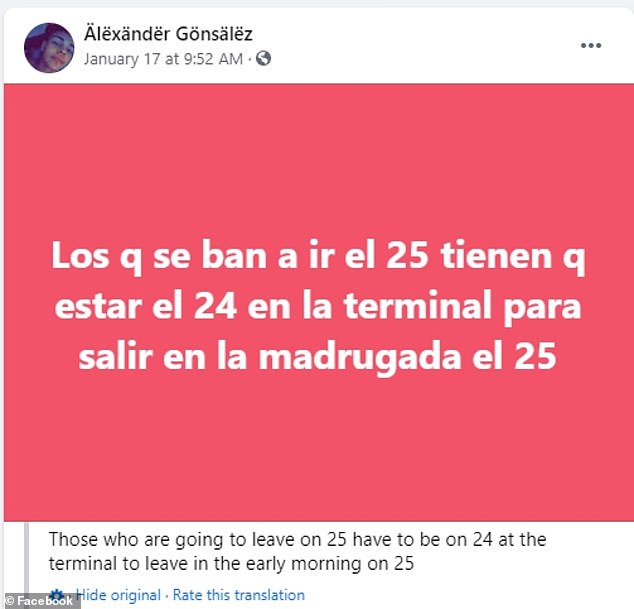 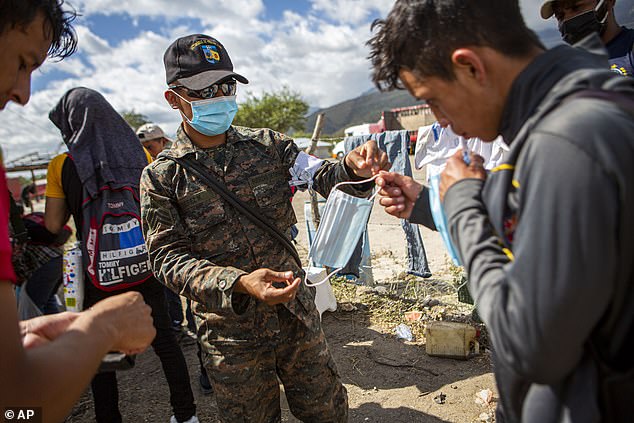 A member of the Guatemalan army gives a face mask to a Honduran migrant who had been detained at a police checkpoint before being sent by bus to the El Florido border crossing between Guatemala and Honduras on Wednesday. A second migrant caravan reportedly will depart from Honduras on Monday 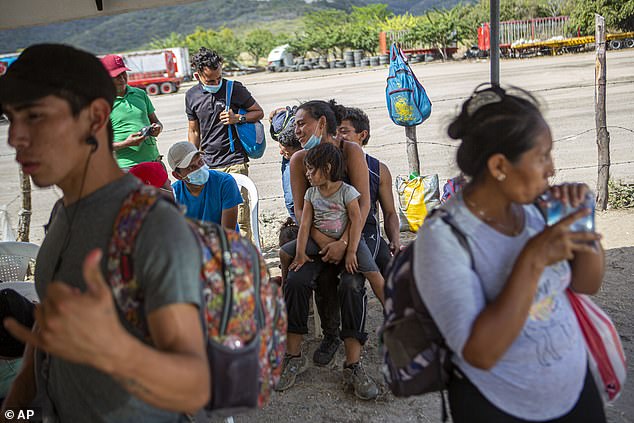 Detained Honduran migrants wait at a police checkpoint to be returned by bus to El Florido, one of the border points between Guatemala and Honduras, near Zacapa, Guatemala, on Wednesday 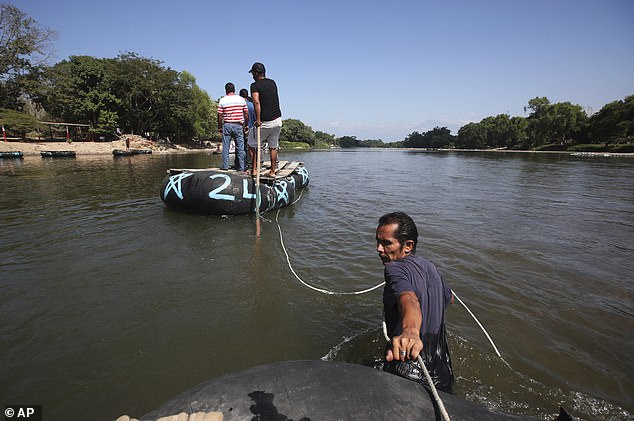 A Guatemalan worker legally ferries customers back and forth across the Suchiate River, between Guatemala (right) and Mexico. Central American migrants looking to receive asylum from the United States have in the past crossed the river to make it into Mexico before continuing their journey north 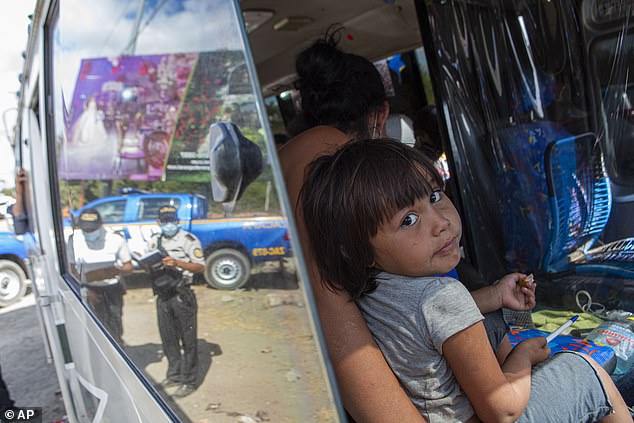 A Honduran migrant girl waits inside a bus at a police checkpoint before she and her mother were returned to the El Florido border crossing between Guatemala and Honduras on Wednesday. Facebook users in Honduras have said they will be gathering next Monday to form the second migrant caravan of 2021

A third migrant caravan, the network also has learned, will reportedly take off from El Salvador on February 14.

Last week’s caravan was the first since October 2020 when at least 3,000 migrants from Honduras made their way into Guatemala before they were forced to go back. Guatemalan immigration officials reported a Honduran man died after he fell off a trailer.

Honduran caravan members – and others in the region – are fleeing violence and an economy battered by two Category 4 hurricanes in November and lockdowns imposed to control the spread of the COVID-19 epidemic.

At the urging of former President Donald Trump, security coordinated by Honduras, El Salvador, Guatemala and Mexico, along with coronavirus travel restrictions, have become a roadblock for groups trying to reach Mexico to continue their journey north to the United States.

The uncertainty hovering over Central American asylum seekers received some much needed respite when the Biden’s Homeland Security Secretary nominee, Alejandro Mayorkas, told a Senate committee that the U.S. will reopen the asylum process.

‘There is a commitment to follow our asylum laws, to enforce our asylum laws,’ Mayorkas said. ‘That means to provide humanitarian relief for those individuals who qualify for it. When people present themselves at our border we apply the laws of our nation to determine whether they qualify for relief under our humanitarian laws, or whether they don’t. If they do not qualify to remain in the United States, then they won’t.’

However, the administration has not committed to a date.

Among Biden’s plan to undo the stringent immigration policies set in place by Trump it to provide an eight-year path to U.S. citizenship to at least 11 million undocumented immigrants living in the United States since January 1, 2021.