Secret of a long life? Stay AWAY from the doctor

Medicine has never been an exact science. As we learn from Quackery, subtitled A Brief History Of the Worst Ways To Cure Everything, it has always been more of a rough-and-ready circus.

Tickets would be sold, for example, to watch amputations. The 19th-century surgeon Robert Liston hacked away so speedily that he once accidentally sliced off a patient’s testicles.

On another occasion he cut off the fingers of the assistant holding the patient’s leg in place during a procedure. Both patient and assistant died soon afterwards of gangrene, and a man in the audience dropped dead from shock. In those days, the mortality rate following an amputation was at least 76 per cent, though Liston probably holds the record on that one, at 300 per cent.

It was the ‘sign of a good doctor’ if his surgical coat was stiff with dried blood. The illustrations in Kang and Pedersen’s book — the syringes and pumps for enemas; the knives and prongs to cut through skin, poke through eyeballs and saw through bones — suggest instruments of medieval torture, rather than ways of making poorly people feel better.

As one doctor reflected, referring to the red-hot irons used to cauterise piles: ‘It is sometimes difficult to convince a timid person that it is not a terrible procedure.’ I have no doubt of it.

With the benefit of hindsight, we can see how many of the ‘experimental treatments’ were barking mad. For example, Victorian gents sat in a ‘mercury steam room’ for their syphilis. Eating tapeworms for weight loss was advocated.

Before it was realised that unlimited exposure to radioactivity gave people cancer, it was thought that radium water made a rather good and stimulating drink. There were even radioactive jockstraps rigged up under the scrotum ‘to energise uninspired penises’ and make a chap ‘bubble over with joyous vitality’.

Though we are fully aware today that smoking causes cancer, emphysema and asthma, it was once sincerely thought that smoking killed only germs, and was beneficial for the nose and throat.

Similarly, a large intake of brandy was meant to promote clotting in the event of a haemorrhage. Freud swore by cocaine: ‘I have felt unbelievably well!’

Another chemical, now hard to come by, was strychnine, which Hitler took to counteract flatulence. It was thought to increase energy and give a sensory boost — it also caused spasms, hallucinations and convulsions. Nevertheless, athletes have been known to have a quick swig.

Abraham Lincoln did badly with his reliance upon Dr Rush’s Bilious Pills. They were a compound of mercury, which exacerbated his mood swings, headaches, constipation and ‘bouts of depression mixed with rage’. 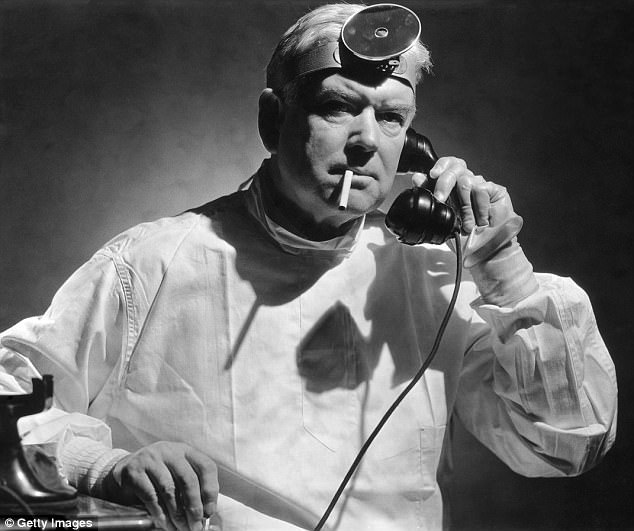 The toxicity of mercury, which was not withdrawn from British pharmacopoeia until the Fifties, could cause ‘massive amounts of unattractive drooling’, limb tremors, anxiety, sighing, and finally rotting jawbones, ulcerated tongues and gangrenous cheeks.

Arsenic, ‘virtually undetectable’, was always a favourite with poisoners. Doctors, however, prescribed it for skin problems, and it was commonly available ‘as a good tonic’ and in non-lethal doses in Aiken’s Tonic Pills and Gross’s Neuralgia Pills.

If scientific rigour in the pharmaceutical industry was hit and miss, so were other medical notions. It took centuries for bloodletting to lose its appeal. ‘Stagnant’ blood would be removed by cupping, blistering and leeching. ‘Early and copious bleeding are wonderful in calming people’, it was asserted. Quite so — they’d be at death’s door.

Forced vomiting and diarrhoea were part of the aversion therapy for alcoholics and homosexuals, which ‘even killed some of its patients’. Yet that seems to be the merry theme of Kang and Pedersen’s book: doctors healed patients by killing them.

Indeed, if there is a lesson in Quackery — aside from the suspicion that the medical profession is based on sadism — it is that in ‘searching for a simple cure’ clinicians often lost sight of reason. 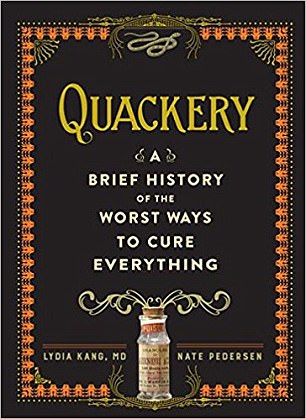 In the 17th century the blood of a freshly executed prisoner was thought to cure epilepsy, while monkey gland surgery was believed to be a good way of renewing virility.

One area that has always been alarming is psychiatry. Kang and Pedersen give a particularly harrowing account of the fate of Rosemary Kennedy, JFK’s lively, cheeky sister, who perhaps had what we’d now call ADHD or Asperger’s. Had she been male, her behaviour may even have been applauded and cherished.

Being a female, however, Rosemary was strapped down for a lobotomy, which meant ‘damaging the brain on purpose’ with an instrument akin to an egg-beater, which was knocked through the orbital bone above the eyeball and wiggled about. The operation produced zombies.

The authors tell of troublesome relations, nagging wives, even inconvenient stepchildren, who were similarly taken away to the local lunatic asylum and ‘treated’. The medical profession only ceased routine lobotomies in 1968.

Keeping hands clean, sterilising instruments and the introduction of antiseptics into the profession were also developments senior doctors scornfully resisted.

I defy anyone not to break into a cold sweat when reading the account of how to remove a bladder stone in the era before anaesthetics. In short, this is not a book for the squeamish.