A Wisconsin inmate has allegedly confessed to the killing of Teresa Halbach, whose tragic death was popularized through TV show ‘Making a Murderer.’

The unidentified person is claimed to have admitted to the crime during a taped interview that is now being verified by police.

The recording was handed over by the filmmakers of ‘Convicting a Murderer’ but their director Shawn Rech said they have not confirmed the ‘legitimacy of the confession.’

If it’s true, it could exonerate Steven Avery, 57, and his nephew Brendan Dassey, 29, who have both spent more than a decade behind bars for the 25-year-old’s murder.

Both have protested their innocence. With Dassey’s case going to supreme court where his plea for a new trial was rejected and Avery’s still in the appeals process.

Teresa Halbach was murdered at the age of 25-years-old. The story surrounding her death and the court cases that followed was covered on Netflix show ‘Making a Murderer’ 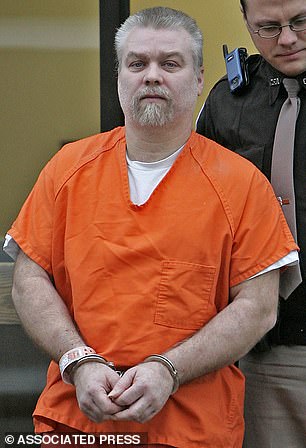 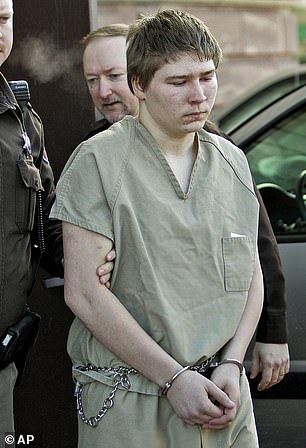 Steven Avery (left), 57, and his nephew Brendan Dassey (right), 29, were convicted of killing Halbach and were both given life sentences. Avery’s without parole, Dassey’s with parole to be consider in 2048

Rech told Newsweek: ‘Seeing as it was given by a notable convicted murderer from Wisconsin, we feel responsible to deliver any and all possible evidence to law enforcement and legal teams.’

His team have been in production for 20 months, where they claim to have uncovered ‘unfathomable amount of information and evidence’ that he claims will lead them to the truth.

‘Our investigation does not end here,’ he added, as well as confirming that the alleged confession was not from either Avery or Dassey.

The story of Halbach’s murder gained a giant following after first season of ‘Making a Murderer’ premiered on Netflix in 2006.

It captured the attention of many around the world after the team analysed evidence, interviewed the alleged killers, their families and legal experts.

The show started with an audience rating of 565,000 per episode when it was released on December 18 but quickly gained a cult following, AdWeek reported.

One week later, the show’s viewing figures had jumped to 2.3 million, two weeks later it was 5.5 million and after a month more than 19.3 million had watched the series.

The surge was believed to have been due to media coverage and word of mouth recommendations, spurred on by allegations that police may have planted evidence.

Rech was one of the ‘tens of millions of others’ watching the show’s shocking twists and turns but since starting his own rival program claims to have felt ‘misled’ by the creators.

He said: ‘After watching the series I was angry with law enforcement, and even embarrassed as an American because of what appeared to have happened to Steven and Brendan.

‘But after doing a little bit of follow-up research I learned that not only did I not have the whole story, but I was misled by the series.

‘And I’m saying this as a fan, not as an established documentary filmmaker.’ 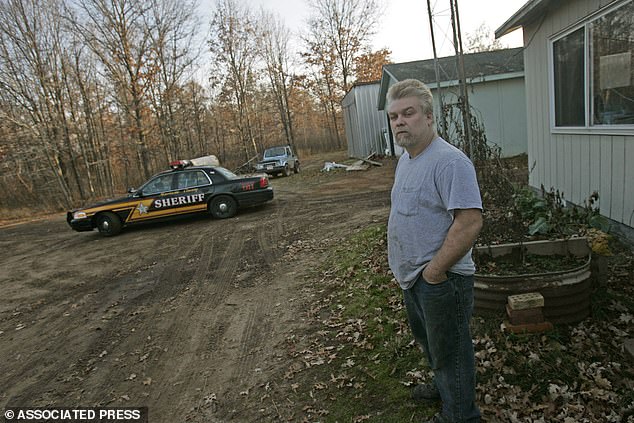 Avery (above) in November 2005, on his family’s cabin property in Wisconsin before he was arrested for Halbach’s murder 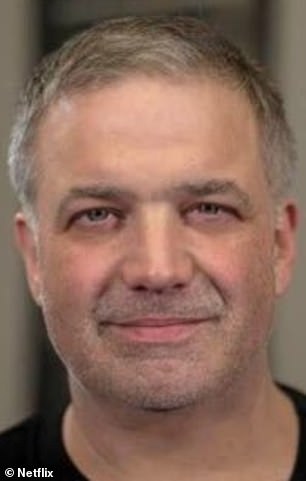 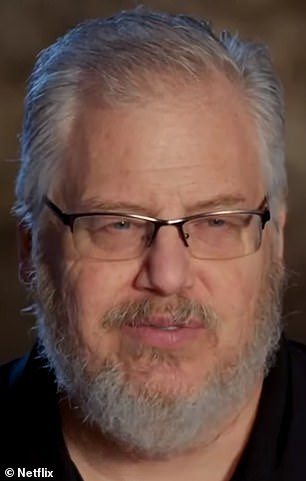 Filmmaker Shawn Rech (left) handed a recording over to police where he claims a Wisconsin inmate admitted to murdering Halbach. His rival documentary ‘Convicting a Murderer’ will be broadcast in 2020 on an undisclosed streaming service and will feature Ken Kratz (right) the former District Attorny who put Avery away

Rech is currently in post-production and will have everything finalized by March.

He claims it will include parts that the Netflix show left out and will feature interviews with relatives of Halbach and Ken Kratz the former District Attorny who put Avery away.

In a trailer for ‘Convicting a Murderer,’ Kratz who served in Calumet County from 1992 – 2010, states: ‘I didn’t make a murderer, I convicted one.’

Tense music plays throughout the 53-second video as the camera slowly zooms into an old television playing footage from the case. Next to the TV sits a VHS tape with the name ‘Teresa’ written on it.

‘You did this to my cousin, you took her away from all of us… and you show no remorse,’ said Wendy Shorweide, the victim’s cousin.

Another Kathy Willeford, a photographer at Autotrader magazine, said through tears: ‘And I remember thinking to myself that could have been me.’

‘No one gets into law enforcement to be the bad guy,’ Sarah Fauske, a K-9 Handler at Kaukauna Police Department added.

Avery is currently serving a life sentence without parole and if cleared it would be second time he has been wrongly incarcerated for a violent crime.

Dassey is also serving a life sentence and currently will not be eligible for parole until 2048.

Since the alleged confession was revealed today, Kratz wrote on Twitter: ‘To be clear, like everyone else, this is news to me. I have NO COMMENT until I see the details.’