SECRETS OF AN A-LIST BODY: How to get a décolletage like Brokedown Palace star Claire Danes

It’s been nearly 25 years since she shot to stardom in 1994’s cult TV series My So-Called Life.

Yet, to look at Hollywood actress Claire Danes now, it’s hard to see that she’s aged at all since coming of age.

The critically-acclaimed actress, who later starred in Homeland and Thai prison drama Brokedown Palace opposite Kate Beckinsale, turned heads when she stepped-out in New York, this week.

Promoting the release of her latest movie, A Kid Like Jake, she proudly displayed her toned décolletage at the official launch.

Wearing a strapless black dress, the performer – who’s married to Hugh Dancy and pregnant with their second child – displayed a taut and toned upper chest.

Yet, interestingly, the actress and mother-of-one dislikes the gym.

However, she does lift weights and regularly undertakes circuit training (exercises that combine strength and cardio), though she prefers dancing.

‘I exercise for mental relaxation more than anything else,’ she has said.

So how can you replicate her look? Here, we reveal the best way to emulate her body success. 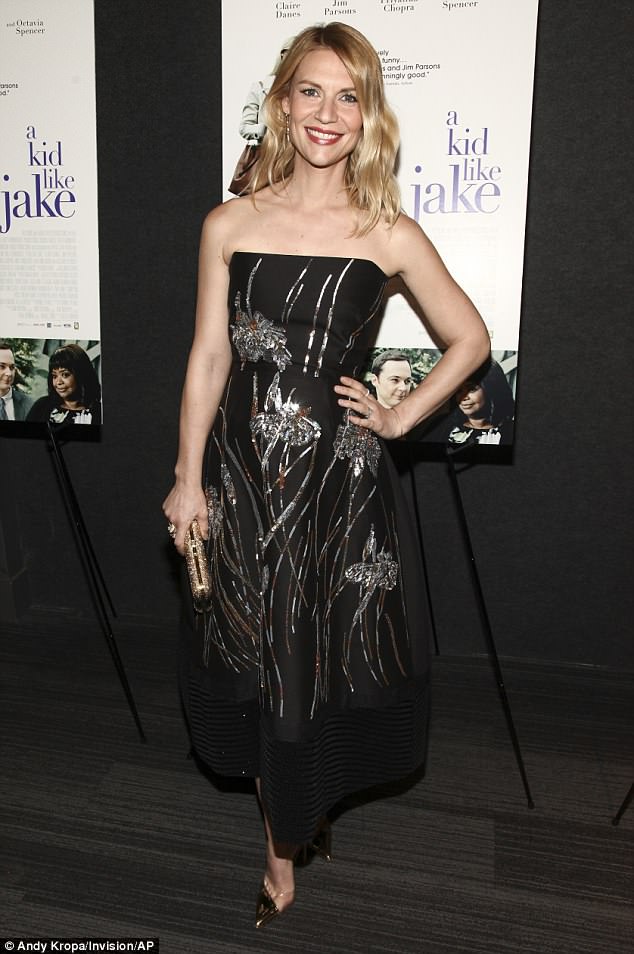 Still got it! Promoting the release of her latest movie, A Kid Like Jake, she proudly displayed her toned décolletage at the official launch

– The chest fly is great for strengthening muscles in the décolletage area.

– Lie on your back on a bench, step or exercise ball, holding a dumbbell or weight in each hand.

– Straighten arms above your head, palms facing each other.

– Bring arms out to the side with slight elbow bend, palms facing up.

– Squeeze chest muscles together to lift weights, bringing arms back towards each other at the top of the movement.

-Tap weights together and repeat 12 times. Do three sets. 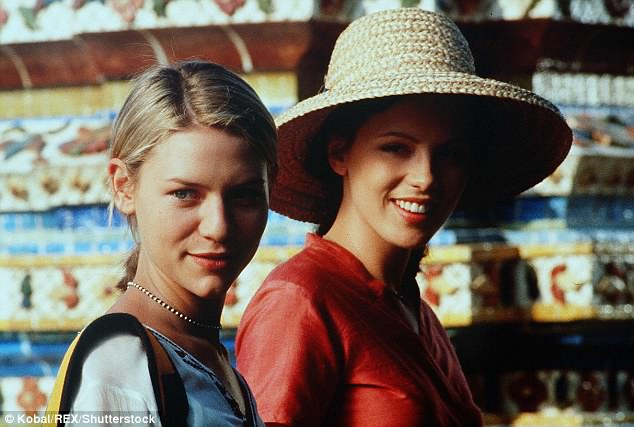 Back in 1999: Claire Danes and Kate Beckinsale star in Jonathan Kaplan’s Brokedown Palace 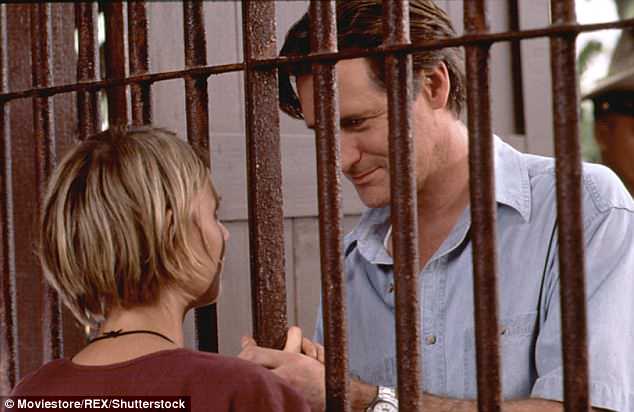