Shooter: Alexander Tilghman, 28, was identified by Oklahoma City police as the man who opened fire inside a busy restaurant Thursday and wounded three people

Police in Oklahoma on Friday identified the gunman who opened fire inside a busy restaurant and wounded a woman and two girls as 28-year-old Alexander Tilghman.

Tilghman, who worked as an armed security guard, was shot and killed outside Louie’s On The Lake on Thursday evening by two armed passersby  identified by police as Juan Carlos Nazario, 35, and Bryan Wittle, 39.

A fourth person, an unnamed white male, suffered a broken arm when he fell while fleeing, according to a statement from police

All four victims were reported in good condition Friday, according to Oklahoma City police Capt. Bo Mathews. A suspected motive for the shooting has not been released, and it appears the shooter did not know anyone inside the restaurant. 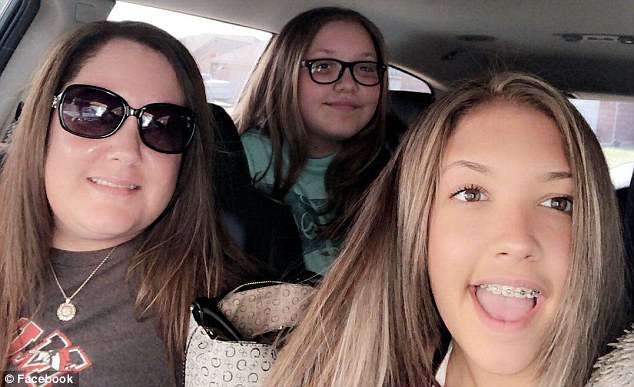 Pictured: Natalie Wills (left) and her 12-year-old daughter Niah Giles (center) were shot while walking in to Louie’s Grill and Bar to celebrate the 14th birthday of Natalie’s other daughter, Shayla (right) 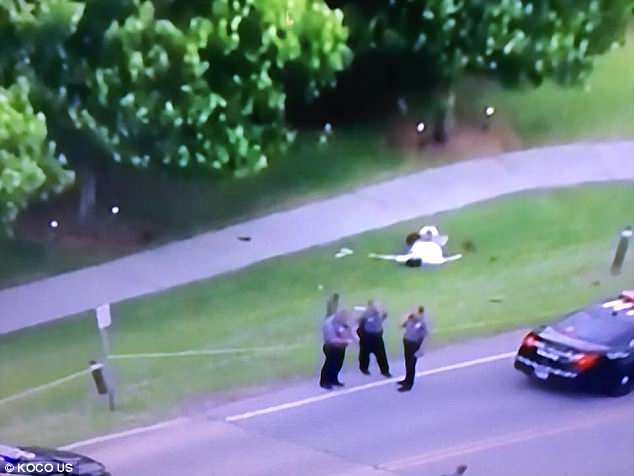 The only person killed was Tilghman(pictured), who was fatally shot by an armed bystander as he tried to flee the scene

Police said Thursday they have ‘no reason to believe this is a terrorist type of incident.’

Natalie Wills and daughter Niah were celebrating her other daughter Shayla’s 14th birthday when Tilghman opened fire on them. The mother was shot in the arm, and Niah was shot in her tailbone, but the bullet traveled to her stomach.

Natalie’s sister Leslie said on Facebook both were in a stable condition, and Niah was taken into surgery, which ‘went well’. 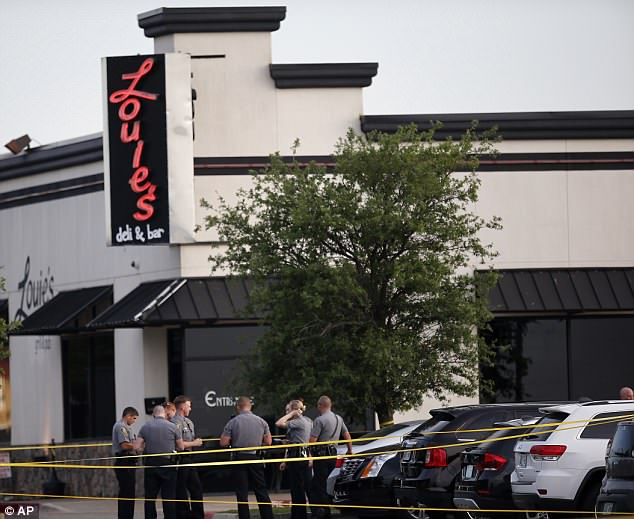 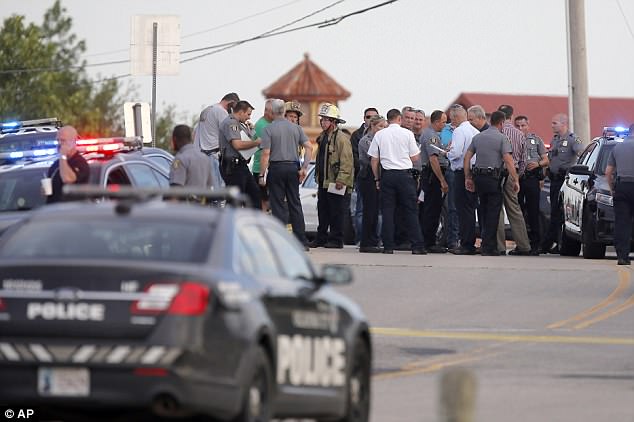 One person is dead and four are injured after a shooting Louie’s Grill and Bar in Oklahoma City on Thursday night. Authorities are pictured at the scene 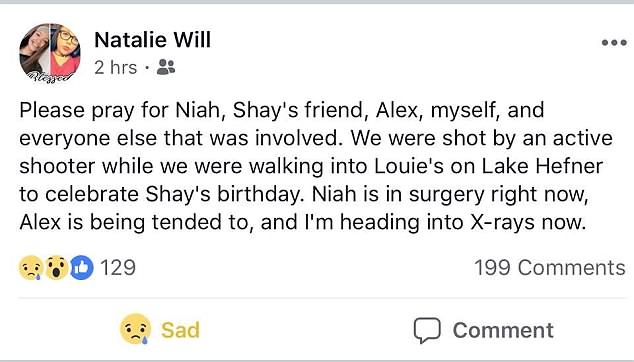 After she and her daughter were admitted to hospital, Natalie reached out to friends to explain what had happened to her, Niah and Alex

‘Natalie was shot in the arm and is going to be fine. My niece suffered a more severe gunshot wound to her hip near the tail bone and bullet tracked into her stomach,’ she wrote.

‘She had surgery and it went well she is doing well. I just cant wrap my head around this evil in our world.

‘My sister is one of the best mothers and sweetest people I’ve ever known. Her daughters are amazing kids.

‘It’s heart wrenching to know they had to deal that level of fear. Especially while out celebrating my other nieces birthday.’

Niah’s father, Jabari Giles, said his daughter had no long term or major damage from the bullet.

He told Facebook friends the armed bystander who took down the shooter was his ‘hero’. It has since emerged that two people were responsible for neutralizing the threat.

‘To the good Samaritan that killed that monster I want to meet you and shake your hand and tell you face to face thank you for saving my daughter’s and everyone else in that restaurants life. You are my hero sir,’ he wrote.

Police said Nazario and Wittle had guns in their trunks, which they were able to retrieve before Tilghman exited the eatery and shoot him dead.

‘They were two people who stopped a tragic situation from going any further,’ Capt Mathews said at a press conference Friday. 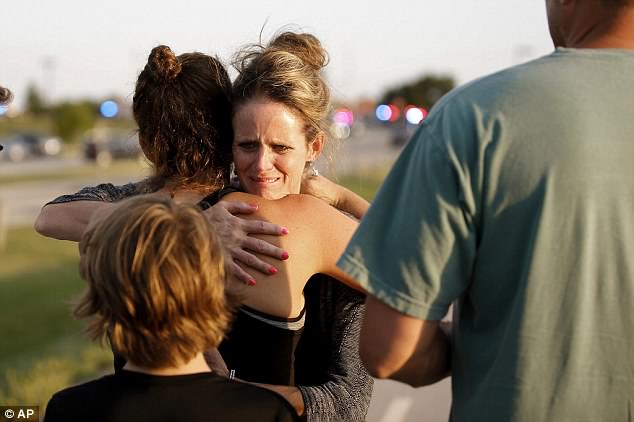 Jennifer Stong hugs Tasha Hunt outside the scene of a shooting on the east side of Lake Hefner in Oklahoma City, Thursday, May 24, 2018. Stong was inside the restaurant when the shooting occurred

The Hal Smith Restaurant Group, which owns Louie’s On the Lake, released a statement saying the restaurant will be closed Friday and counselors will be available to employees and customers.

‘We are extremely thankful the situation didn’t escalate further, and that injuries were not more widespread. However, our hearts are with the wounded during this incident,’ the statement read.

The National Rifle Association said in a tweet Friday that the shooting was an example of ‘how the best way to stop a bad guy with a gun is a good guy with a gun.’

The organization said it hopes the incident serves as a ‘wake-up call’ for Republican Gov. Mary Fallin, who recently vetoed a so-called constitutional carry bill that would have allowed adults to carry firearms without a license or training in Oklahoma.

In April, a restaurant patron wrestled an assault-style rifle away from a gunman at a Waffle House in Nashville, Tennessee. Four people were killed in that shooting. Police have said there would have been far more casualties if it weren’t for the patron’s quick thinking.