A security guard led a three-year-old girl into a shopping centre stairwell before exposing himself and indecently touching the toddler.

The court heard Al Bayati led the girl away from a DFO shopping centre playground at Homebush, western Sydney, in December 2016.

While her family was doing their Christmas shopping, Al Bayati took the girl to a set of fire stairs where he indecently touched the toddler and exposed himself. An image from a CCTV camera showed a man dressed in a white shirt and black pants leading a small girl up a set of stairs at the end of a narrow corridor.

A jury found Al Bayati exposed his genitals and touched the girl’s underwear during the 11 minutes they spent in the stairwell.

‘Our peaceful family life was destroyed and will never be the same again,’ the girl’s mother said in a statement to court.

‘We are so proud she was able to tell the police, however it was a dramatic event for her.’

The girl, now at primary school, had received counselling and her recovery would most likely take years, her mother said.

‘We have moved along from separation issues (and) nightmares to building trust that not every man in uniform was a predator.’

The event also led to the girl’s parents taking a month off work to cope with the incident and care for the victim and her sister.

Both parents had gone through bouts of depression, especially around the time of court appearances, the mother said.

The 30-year-old man continues to deny the crimes, but a jury found him guilty of kidnapping, indecency and indecent assault charges.

Crown prosecutor Georgina Wright said Al Bayati had given no answer when repeatedly asked to explain what happened in the stairwell, away from CCTV cameras.

She suggested besides two minutes walking up and down the stairs to another area, the other time must have been taken up with sexual offences.

‘(It’s) far-fetched that it was fleeting,’ Ms Wright said. 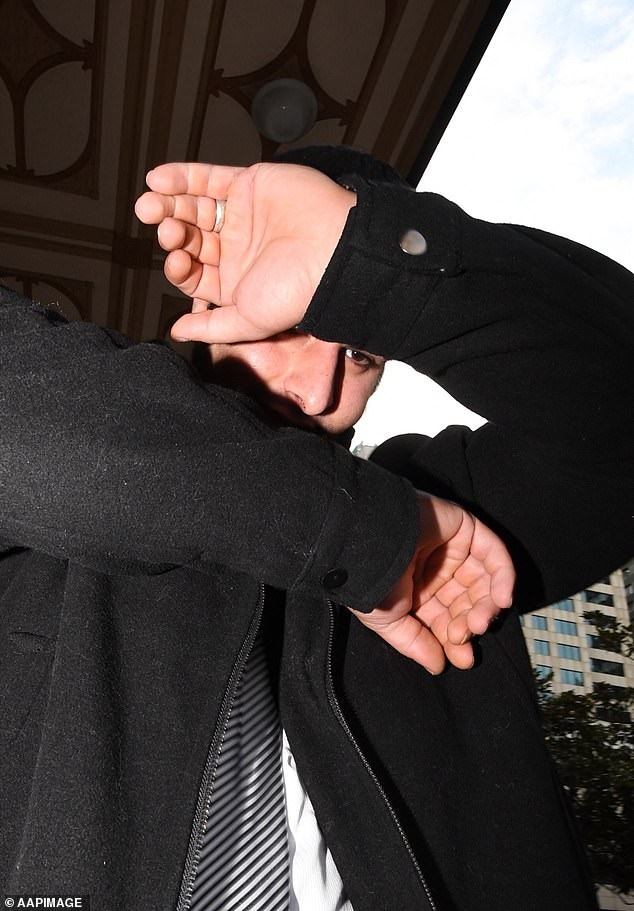 The 30-year-old man continues to deny the crimes, but a jury found him guilty of kidnapping, indecency and indecent assault charges (pictured, Al Bayati leaving court in 2018)

‘The child was clear about what occurred. He masturbated in front of her.’

But Al Bayati’s barrister Paul Johnson said clarity about what exactly happened didn’t exist and a precise duration of the indecent acts couldn’t be established, even with the concession that it must have gone ‘on for some period’.

Judge John Pickering said trying to work out the duration of the touching offences may be hair-splitting when it was clear the security guard held a very young girl captive for more than 10 minutes.

‘Even if your client didn’t do these offences, even if jury was wrong, that period of time was quite an extraordinary length of time,’ Judge Pickering said.

‘That’s quite a long time to hold her, having taken her with such intent.’

Al Bayati will be sentenced on August 27.