Harrowing moment security guard exposes himself and sexually assaults a crying girl, 16, he lured to a deserted building site – as he escapes jail time

By Adelaide Lang For Nca Newswire

A security guard has narrowly escaped a jail sentence after he was found guilty of luring a 16-year-old girl into a construction site and sexually assaulting her.

Zekry Bishara, 62, appeared in Sydney Downing Centre District Court on Thursday to learn his fate for three counts of sexu­ally touching the teen without consent and detaining her with the intention of obtaining advantage.

The 16-year-old victim became separated from her friends in Sydney’s CBD on the night of Mardi Gras when she came across Bishara.

The security guard told her he would take her ‘somewhere safe’ and led her to a vacant construction site just before midnight.

The teen became concerned for her safety and texted her friends an urgent plea for help, but they were unable to contact her.

Bishara asked the teen to touch his penis and offered her $50 to engage in sexual acts with him, the court documents reveal.

She refused and told him she was a child in order to dissuade him from continuing in any sexual activity.

The 62-year-old then exposed himself to the young teen and put her hand on his penis, the court documents reveal. He proceeded to sexually touch her while she cried.

During his sentencing hearing, the court was told that Bishara had continued to deny the offences and had not shown any remorse for his actions.

In a statement to the court, the 16-year-old victim said he had ruined her life and devastated her family.

‘Zekry Bishara, you hurt me in ways that are unimaginable,’ she wrote. 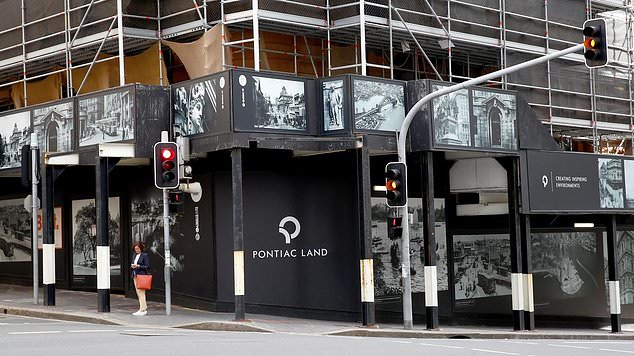 Bishara led the teen to an empty construction site on the corner of Bridge and Loftus streets in Sydney’s CBD.

‘I was shattered (that) you took one of the biggest, most heart-wrenching moments of my life and made it out like it was fantasy, a lie.’

The teen explained she felt the pain of the assaults every day and scrubbed her body raw to erase the feeling of his touch on her body.

‘I hate you for what you did to me. I hate you for taking away my innocence and I hate how you made me feel,’ she told her attacker in the statement.

‘Most of all, I hate that you have ruined me and I’ll never be the same person as I was.’

During the hearing, Bishara’s lawyer Timothy Kent told the court that Bishara had no prior criminal offences and this criminal behaviour was ‘clearly an aberration’.

‘The victim walked past the offender in the street and events unfolded from there.’

Crown prosecutor Cirino Triscari argued that Bishara’s actions were premeditated and he detained the 16-year-old in order to sexually assault her.

‘The accused had made the decision that he was going to keep her there in the construction site even though she was crying,’ he said. 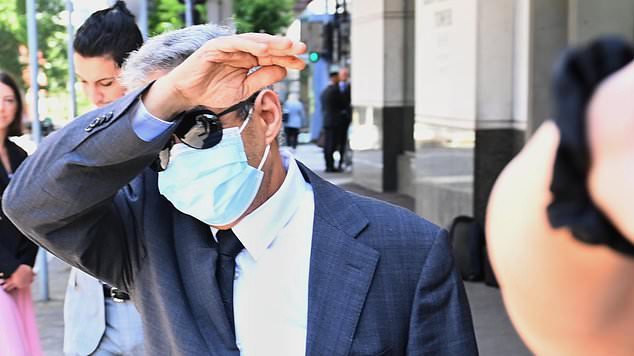 ‘He has made the decision, whether consensual or not, that he was going to engage her in some sexual activity at that point.’

The court was told Bishara had been diagnosed with anxiety, depression, and ‘significant health issues’ that would make full-time custody more onerous.

He ordered Bishara to be of good behaviour for the three years of supervision and to do 150 hours of community service.

Bishara will be clear of his corrections order on December 7, 2025.