This is the moment an over-excited rap fan stormed the stage while Lil Mosey was performing songs from his repertoire only to be ejected by a bouncer.

The burly security guard spots the intruder as he bounces up and down beside the 17-year-old performer from Washington State.

The bouncer, who towers above Lil Mosey and the intruder, pushers the interloper in an uncompromising fashion from the stage in the arena in Auckland, New Zealand.

The man flies back across the security barrier and stands up seemingly unharmed.

Moments later the security guard jumps into the crowd when the video cuts off.

A man wearing an orange shirt, left, jumped on stage with rapper Lil Mosey, right, who was performing in Auckland, New Zealand 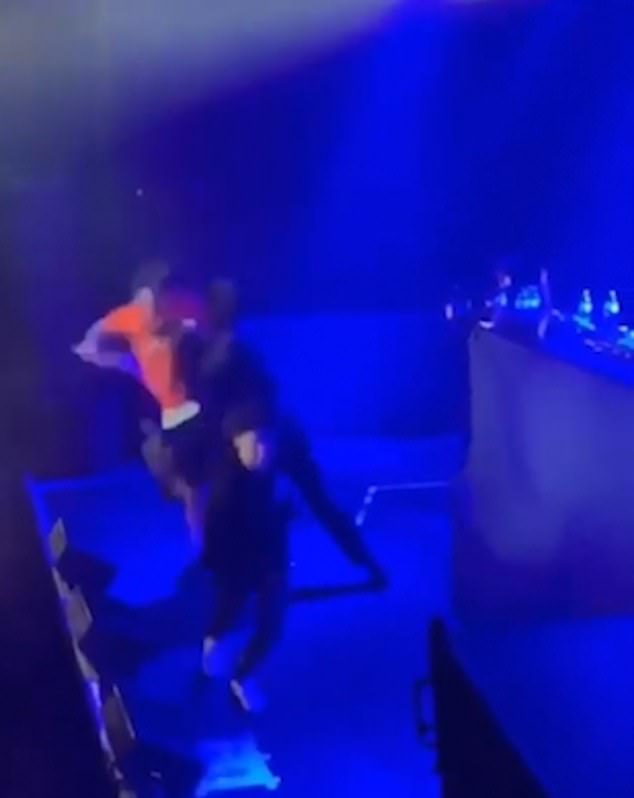 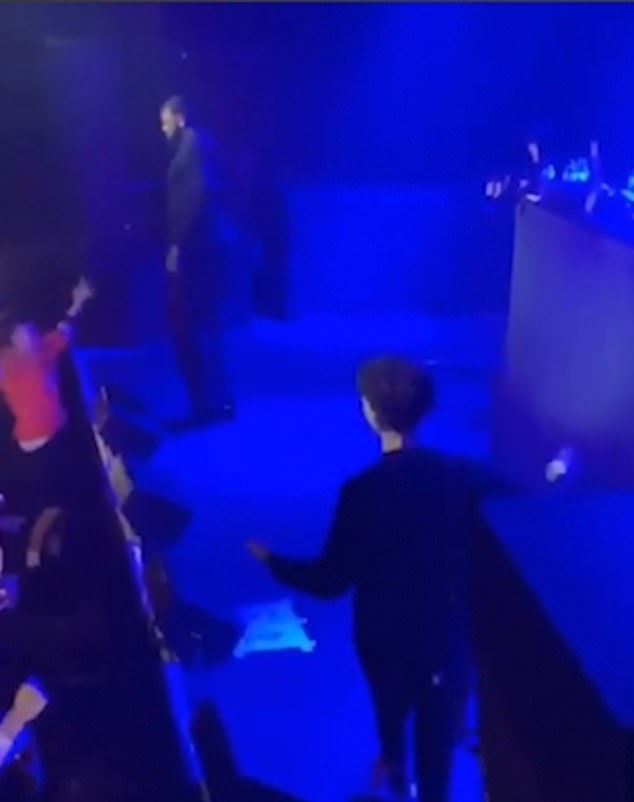