A security guard who robbed and kicked a man to death has blamed the horrific murder on the fact he wasn’t having sex.

Sheldon Russell Bentley claimed that the frustration of being ‘involuntarily celibate’ and stress from work have triggered the fatal attack on 51-year-old Donald Doucette.

Doucette, who was seeking help for alcoholism, had been passed out in an alley behind Lucky 97 supermarket, in Edmonton, Canada, where Bentley was working as a security guard on July 31, 2015, the Edmonton Journal reports. 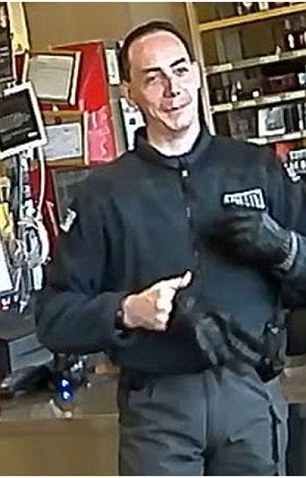 In an unprovoked attack, Bentley stole $20 from the unconscious man and then stomped on his stomach while wearing heavy combat boots. The attack causing two large tears in the soft tissue in his abdomen and massive internal bleeding.

Bentley and another security guard had then hauled him to his feet and rested him against a chain-link fence on the opposite side of the alley as blood pooled in his abdomen.

Chief medical examiner of Alberta Elizabeth Brooks-Lim testified in June trial heard the victim would have been in severe pain. He would have died within minutes from his injuries.

His body was found propped up against the fence by two passersby a short time later.

In court, Bentley was described as an angry, anxious man who would often bring weapons with him to work.

He would become enraged by people calling him ‘Pee-wee’ at work, because of his resemblance to Paul Reubens who played Pee-wee Herman, The Spectator reports. 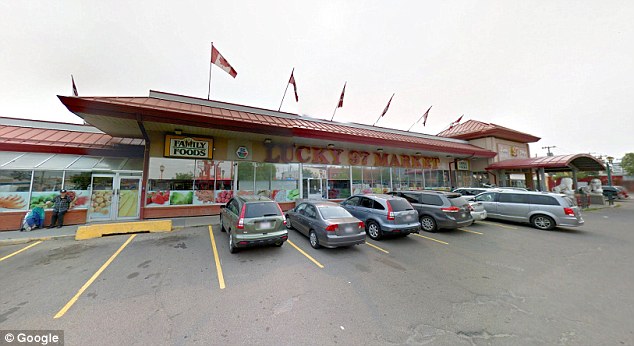 Doucette, who was seeking help for alcoholism, had been passed out in an alley behind Lucky 97 supermarket, in Edmonton, Canada (pictured)

Bentley had also been ‘involuntary celibate’ for four years. Involuntary celibate, also known as ‘incel’, is a misogynistic movement of men who blame women for their total failure to have sex or find a partner.

‘The fact that he had a frustrated state of mind in no way justifies attacking a vulnerable individual,’ said Court of Queen’s Bench Justice Paul Belzil as he sentenced Bentley to just four years in jail for a charge of manslaughter, on Wednesday – half the sentence which prosecutors had recommended for him.

Incels hit headlines after self-identified incel Alek Minassian, 25, allegedly rented a van and deliberately mowed down a crowd of people in Toronto, killing ten and injuring 16.

Minassian reportedly wrote on Facebook just minutes before the attack that: ‘The incel rebellion has already begun’ and ‘all hail the Supreme Gentleman Elliot Rodger.’

Rodger was another lone gunman who killed six people and injured 14 others near the University of California in 2014. He said in a YouTube video before the attack that he wanted to punish women for rejecting him. 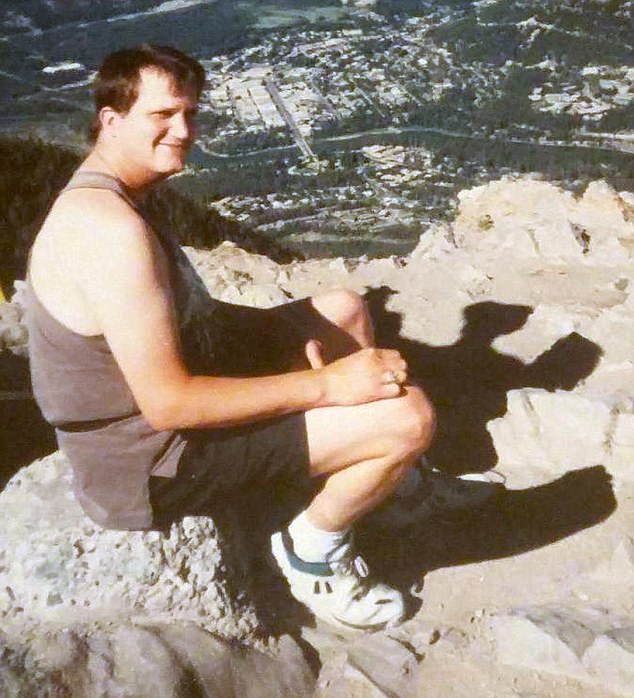 When Bentley was arrested, police found a pellet gun and nunchucks in his backpack.

Forensic psychiatrist Oto Cadsky wrote that Bentley appears to be a ‘fearful man, afraid of the world around him’, and would use the weapons to give him confidence.

Bentley felt he had a ‘militaristic personality’ with a sense of honor but also admitted feeling inferior to others.

He told the court he was ‘sicked’ by ‘who I was’ but still asked the court to free him, claiming he was not a threat to the public.

The court also heard that while Bentley had a job, he was ‘working poor’ and living in the YMCA.

‘There was a lot of stress there,’ the defense said.

Bentley was also abused as a child and had an unstable upbringing, according to a pre-sentence report.

Both the report and Cadsky found that Bentley had not taken responsibility for his actions.

‘My father is an innocent man who did not deserve to die in an alley,’ said Tianna Doucette-Moody, Doucette’s daughter, said in her emotional victim impact statement.