A house listed for sale with a massive $50million price tag has increased 240 times in value since it was last sold in 1971, as a finance expert says it proves cost of living worries do not concern ‘the top one per cent’.

He said the ‘rare’ price tag for the three-bedroom home with pool, tennis court and housekeeper’s cottage, showed how the high end of the market is not worried about grim economic news on interest rates and inflation. 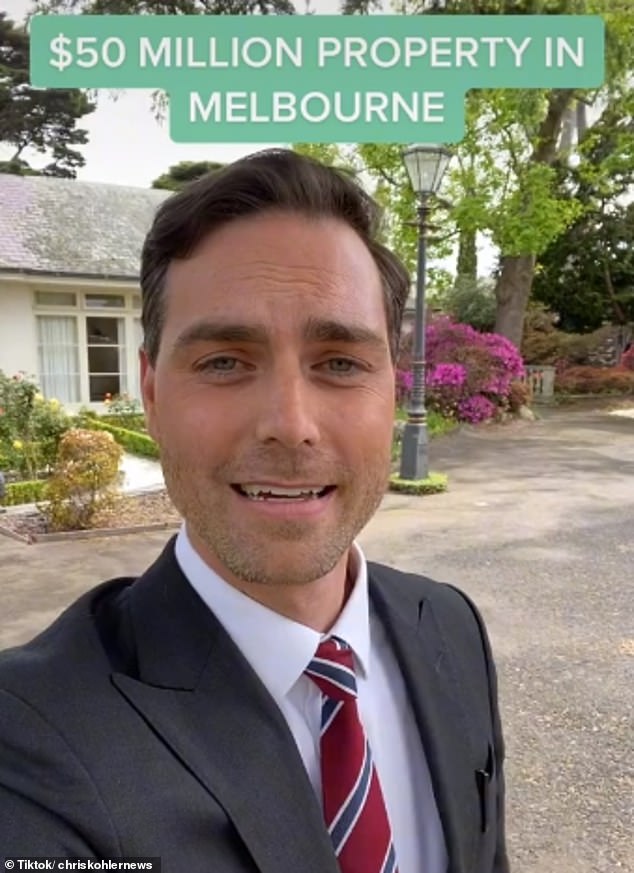 ‘This will be the third time this year that a property has sold for $50million or more in Melbourne,’ the 9 News reporter (pictured) said

‘This will be the third time this year that a property has sold for $50million or more in Melbourne,’ the 9 News reporter said.

‘So it seems the top one per cent of the market, the one per cent in property is not worried about the stuff that everyone else is.

‘The rising interest rates and the cost of living crunch.’

The $80million house in Toorak was snapped up by stake.com developer Ed Craven, smashing the city’s house price record.

Footage of the property showed a large backyard looking out to the bay, with manicured lawns and an old lamp post near a landscaped garden.

Interior images of the home named ‘Teychel’ revealed stately doors with a grandfather clock and bright-coloured rugs in the corridor.

The deceased estate of the late Judith Terry is being offered as an opportunity to renovate and expand.

Kay & Burton managing director Ross Savas, who is overseeing the sale, said the home is an ‘iconic once-in-a-generation opportunity to establish a lifestyle like no other’. 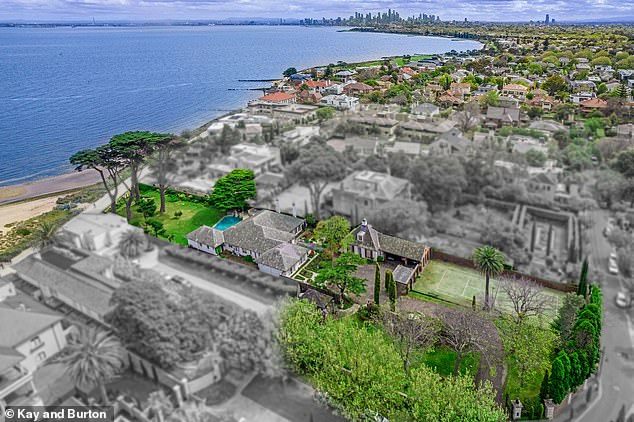 The ‘iconic once-in-a-generation opportunity’ is up for grabs for $50million. Pictured, the beachside home at 16 Moule Avenue Brighton

‘The local and national market will no doubt be keeping a close eye on this landmark offering, but it will undoubtedly attract extensive interest from across the globe due to its significance and absolute beachfront position,’ Mr Savas said in a statement.

The home has decorated mantelpieces, a marble en suite, and a French-inspired sitting room, along with a boat shed and housekeeper’s cottage.

Social media users commented on Kohler’s online post by joining him in complaining about how little the top of the market was concerned with the economic concerns of much of the population. 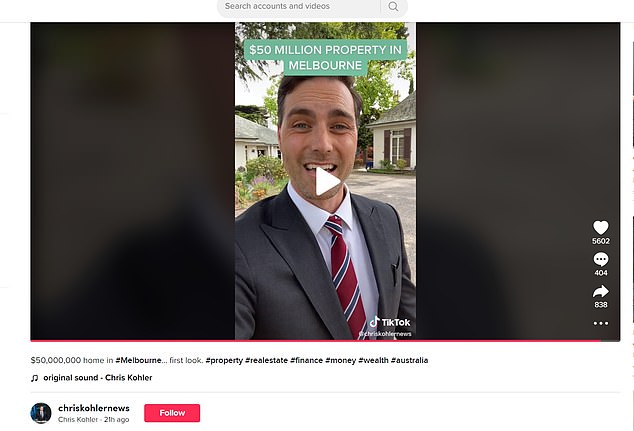 Social media users took to Kohler’s online post (pictured), with some joining him in complaining about how little the top of the market was concerned with the economic concerns of much of the population

”The one per cent in property is not worrying about the stuff that everyone else is raising interest rates and cost of living’ – YOU DONT SAY. Makes me so angry,’ one commenter said.

‘I just really thought for $50mil it would be nicer/more impressive,’ another person observed.

‘Absolutely insane that price?? but the house looks cute,’ one more said.