Neighbourhood dispute in one of Sydney’s most exclusive suburbs blows up over these seemingly innocent images of parked cars – so can you spot what’s got residents up in arms?

A neighbourhood dispute over selfish parking in one of Sydney’s most expensive suburbs has escalated, after an outraged resident posted pictures of the supposedly inconsiderate acts.

The social media images showed a Mercedes-Benz and a Lexus, among other cars, either hogging an entire parking bay or leaving too little space either side for other cars to park.

The photos were taken on a residential street in Mosman on Sydney’s lower north shore.

The social media post hit a chord with residents, who said such selfish parking was the reason they were often unable to find a spot for their cars.

Photos of five luxury cars – including a Mercedes, Lexus and Volkswagen Golf – stationed on a suburban street in one of Sydney’s most expensive suburbs has angered locals 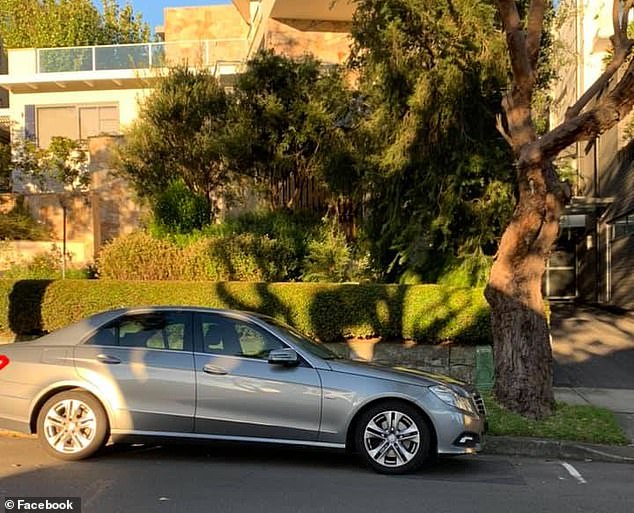 The vehicles left spaces too small for other cars to park on a street in Mosman on Sydney’s lower north shore. Pictured is a Mercedes-Benz E-Class sedan

‘Was lucky enough to spot 5 amazing pieces of driving in Mosman this afternoon. All in the same area on the same street,’ Mosman local Cameron Davis posted on social media.

The elite suburb is home to some of Australia’s wealthiest people, with many bankers, lawyers and business professionals calling it home.

The median weekly income for households was $2,522 in 2016 and banking is the most common industry employing residents, Australian Bureau of Statistics Census data showed.

‘I get it these drivers are very important…but so is common sense,’ Mr Smith wrote.

‘Let’s remove our heads from you know where and get it right people.’ 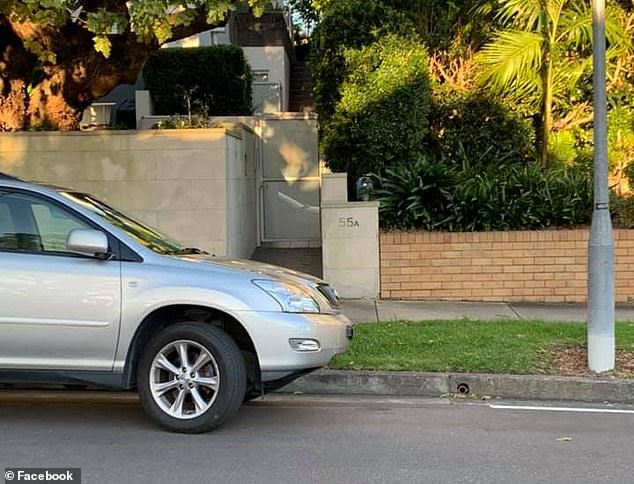 The social media post had dozens of angry comments by residents, who said they were often unable to find a spot in the dense city suburb because of ‘selfish’ drivers. Pictured is a Lexus RX 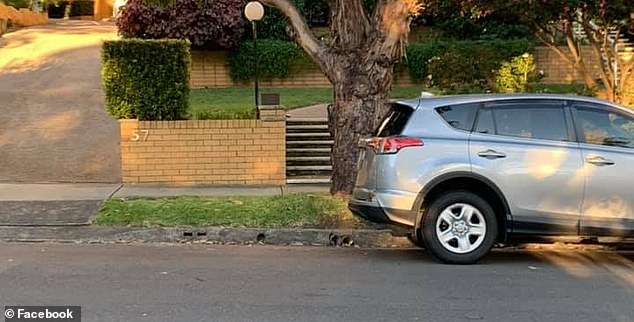 Other residents said they often found themselves struggling to find a parking spot because of obnoxious driving. Pictured is a Toyota RAV4

Angry residents said drivers should park right up to the line at the edge of the driveway entrance so as to allow maximum space for others.

‘If you are in the front or rear position of the stretch it’s your duty to align the bumper with the white line. End of story,’ one person commented.

‘I personally get out and check because I don’t want to be the one that messes up the stretch. Sad but true.’

‘This happens in Cremorne Point and we are strapped for spots … I wish we could do a citizen’s arrest type of situation,’ someone wrote. 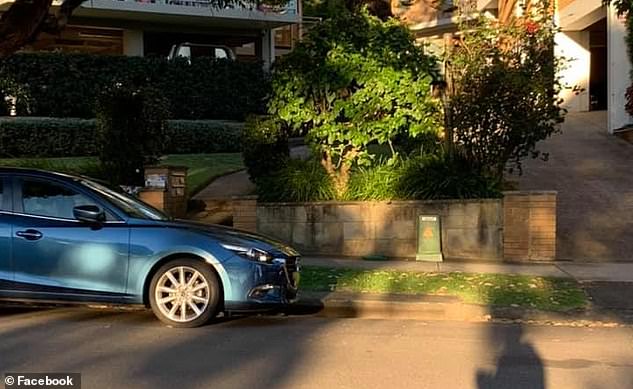 Some locals said it was possible the cars had parked in front of motorbikes or bins. Pictured is a Mazda3

‘Wait… you’re asking quite possibly the most self entitled community in NSW to be, well, not self entitled?’ another person sniped.

Other locals said it was possible the cars had parked in front of motorbikes or bins.

‘I get it, but how do you know there wasn’t something like another car in front or behind them that left since you took the photo? Not really evidence of anything is it,’ said one person.

‘Could [have] been scooter/motorbike/bins parked front or rear earlier?’ another commented.