Selena Gomez reveals she felt ‘violated’ as a teen star

Selena Gomez has opened up about facing the pressures of fame when she was just a teenager, revealing she once felt ‘violated’ while having her picture taken.

The 25-year-old singer looked back on her beginnings in a new interview with Business Of Fashion.

A decade after rising to fame as Alex Russo on Disney’s Wizards Of Waverly Place, Selena explained how she first approached her rising fame enthusiastically, before realizing there was a darker side to stardom.

Opening up: Selena Gomez (pictured last week in New York City) looked back on her beginnings in a new interview with Business Of Fashion published on Monday 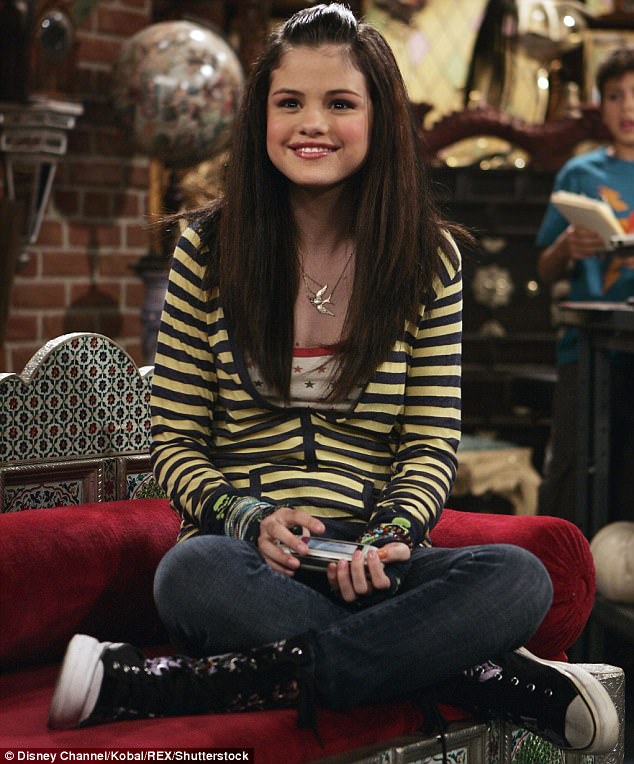 Memories: The singer, who rose to fame Disney’s Wizards Of Waverly Place (pictured), explained how she realized there was a darker side to stardom

‘I remember just feeling really violated when I was younger, even just being on the beach,’ she said.

‘I was maybe 15 or 16 and people were taking pictures—photographers. I don’t think anyone really knew who I was. But I felt very violated and I didn’t like it or understand it, and that felt very weird, because I was a young girl and they were grown men. I didn’t like that feeling.’

Selena then recounted how she felt a ‘flip’ happen around the age of 18.

‘I didn’t feel like it was about my art as much. I was on the fourth season of the show, and I felt like I was outgrowing it,’ she added.

‘I wanted something different and obviously I fell in love for the first time. There was all this stuff that was happening and I didn’t know what to do.’

While she didn’t refer to Wizards Of Waverly Place by name, the timeline matches that of the Disney classic, which began airing its final season in 2010, when Selena was 18 years old. 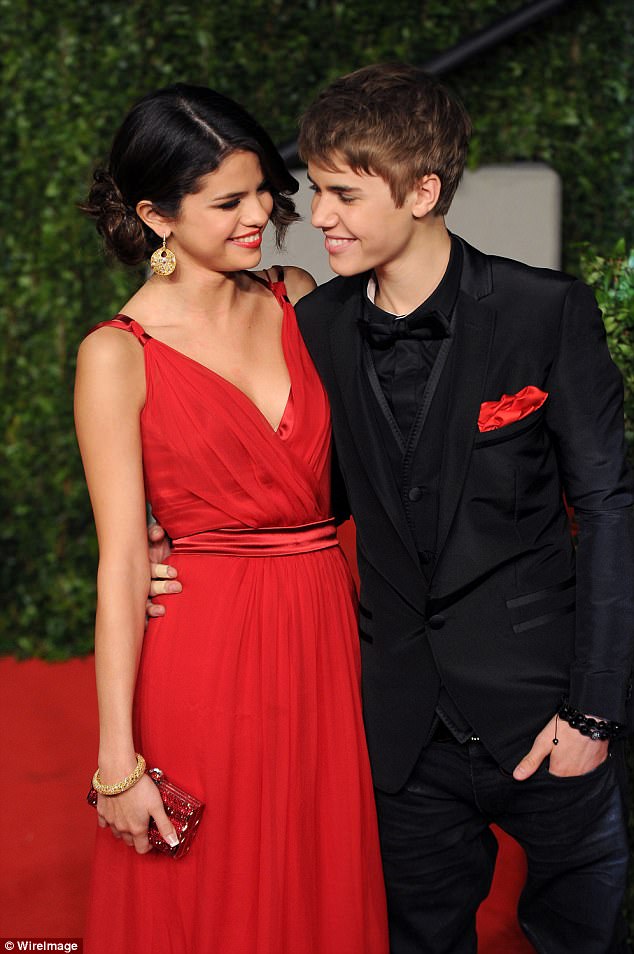 Past: The singer recounted falling in love ‘for the first time’ and while she did not name her ex Justin Bieber, the two dated from 2011 to 2014 in what was Selena’s first high-profile romance 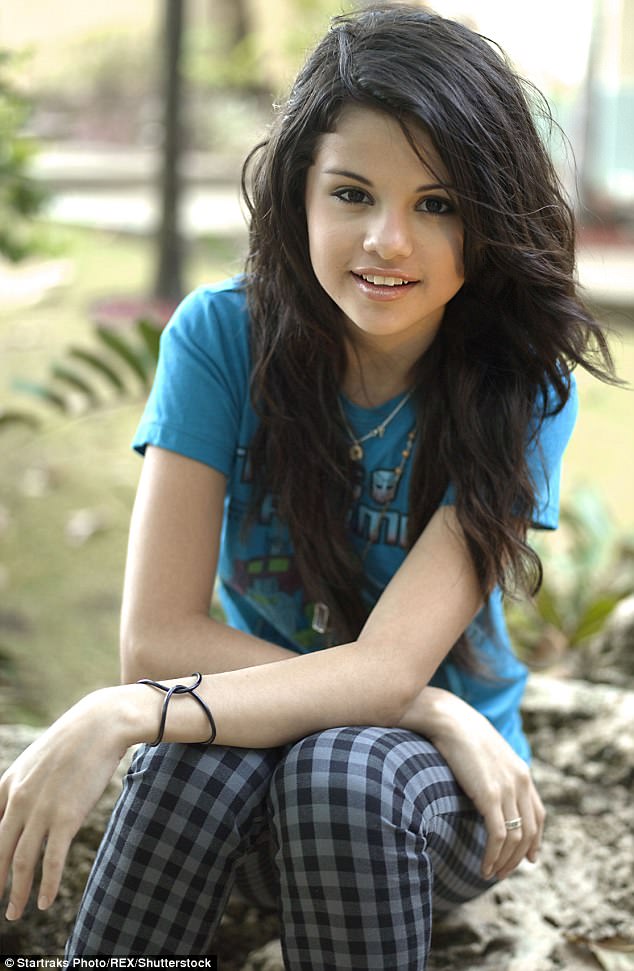 Path: ‘When I got older, I started to become exposed to the truth behind some stuff and that’s when it flipped a little bit,’ Selena (pictured in 2008) said

The singer also opted not to name her ex Justin Bieber, but the two dated from 2011 to 2014 in what was Selena’s first high-profile romance.

At the beginning of her path to fame, Selena recounted, she approached her growing notoriety with enthusiasm—but things changed as she got older.

‘When I was younger, it was all fun to me. When I did state fairs and 100 people would show up, I would be stoked. That was the best feeling in the world,’ she said.

‘But when I got older, I started to become exposed to the truth behind some stuff and that’s when it flipped a little bit. I realized that, “Oh this is actually really hard, and kind of slimy in certain areas,” and I didn’t realize that certain people wanted certain things from me. My confidence went through a lot with that.’ 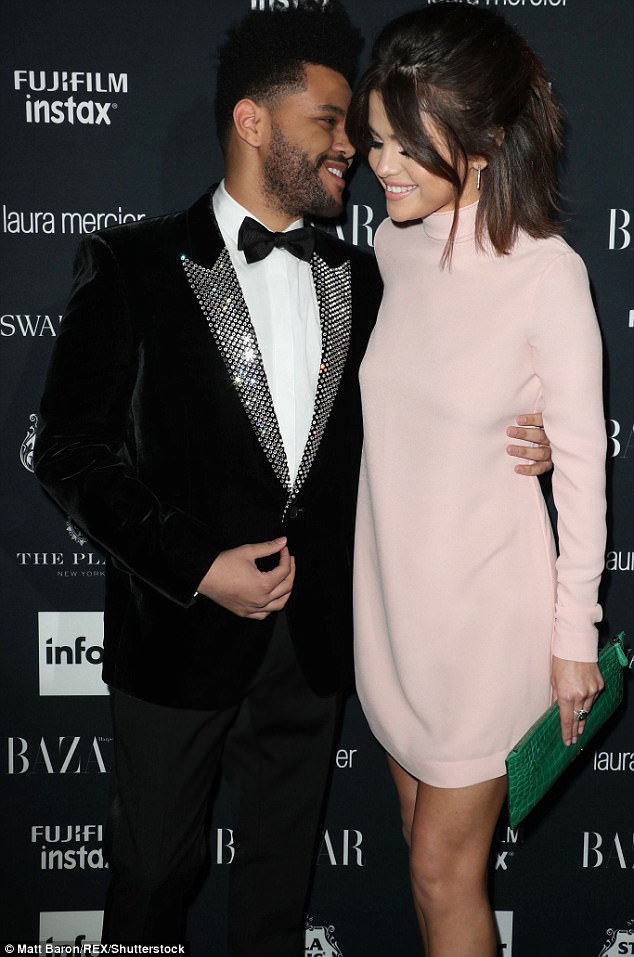 Back: The singer has since returned into the spotlight and earlier this year opted to go public with her relationship with 27-year-old The Weeknd (pictured with her last week)

Memories: ‘When I was younger, it was all fun to me. When I did state fairs and 100 people would show up, I would be stoked,’ Selena (pictured in 2008) said

Selena, who canceled her Revival tour last year to focus on her health and has since been open about attending therapy and taking care of her mental well-being, explained she went through phases of doubt as to whether she should continue on the same path.

‘I would look at my crowd on tour and think, “Yes, this is worth it, right?” But then I would look at myself in the mirror and I just felt like “I’ve had enough, I don’t know if I can go on anymore,” ‘ she said. ‘And I stopped it for a second. But it didn’t mean that I didn’t love it, I just had to find what I was going to do with it. As long as I’m healthy and happy in my mind, I’m all about it.’

The singer has since returned into the spotlight and earlier this year opted to go public with her relationship with 27-year-old The Weeknd.

However, she remains aware of what she needs to do to stay healthy.

‘Balance the power of saying no and self-care,’ she said, listing her coping mechanisms. ‘I have to take care of myself and not feel guilty about it. I will say no when I need to say no, and I will make sure that I will not overdo everything because I feel like if I don’t accept everything that’s happening then maybe it seems like I’m ungrateful, or I’m not doing enough. I just have to take care of myself. Therapy, faith, hard work, kindness. That’s it.’