Selfie queen Karen Danczuk is selling her bikinis online and bidders are willing to pay £50,000

Selfie queen and former Labour councillor Karen Danczuk put her bikini up for sale online for £4.70 – but has received bids of £50,000.

But after less than a week of bidding, the self-styled selfie queen has seen her offers go into the thousands.

She explained to potential buyers that the size mismatch is because of the small bra cups and said there is also a red option available.

Ms Danczuk also uploaded a picture of her in a similar white bikini to demonstrate what bidders could expect should they win the online auction.

She also uploaded these pictures to her account, appearing alongside the below item, which she is selling for £28 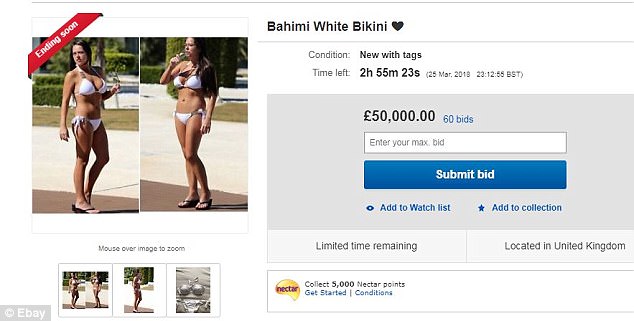 She wrote alongside pictures of the white and silver halterneck two piece: ‘White Bahimi bikini.

‘The photo showing me wearing a white bikini is to show the style of the bikini bottoms. (Lots of requests on previous listing)

‘The exact design of the bikini is shown separate. The top is a halter neck and the straps can be removed to make is strapless.’

One bid of £60,000 appeared for a brief period but was later retracted.

Since leaving her council role for Kingsway in Greater Manchester, she has become well-known for her revealing uploads to Instagram.

On her account on Friday a link appeared to her eBay account as she sought to sell the swimwear.

The Instagram post attracted comments branding her ‘sex on legs’ with another user writing: ‘I so would.’

After a troubled relationship with Mr Danczuk, she settled down with a Spanish man called David, who she is set to marry.

The happy couple were pictured taking a whirl on dodgems at the Winter Wonderland in Manchester in December.

Their first meeting was last year in Spain, after which she flew back out to woo him. Since then, love has blossomed between the pair and they have been pictured canoodling on a number of sun-soaked holidays.

Enjoying a beach day in Spain, the besotted hunk seized the opportunity to ask Karen to be his wife while they enjoyed a romantic moment together by the sea. 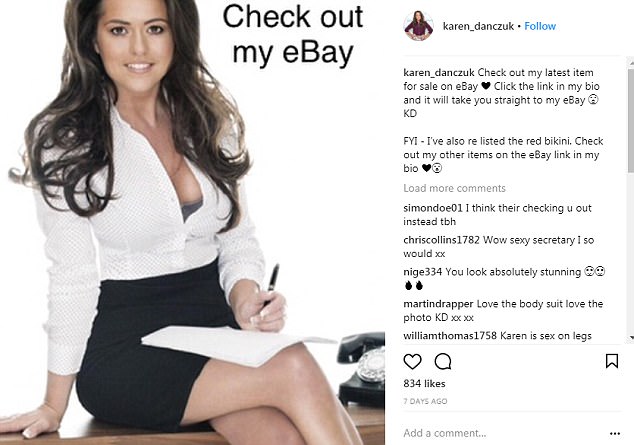 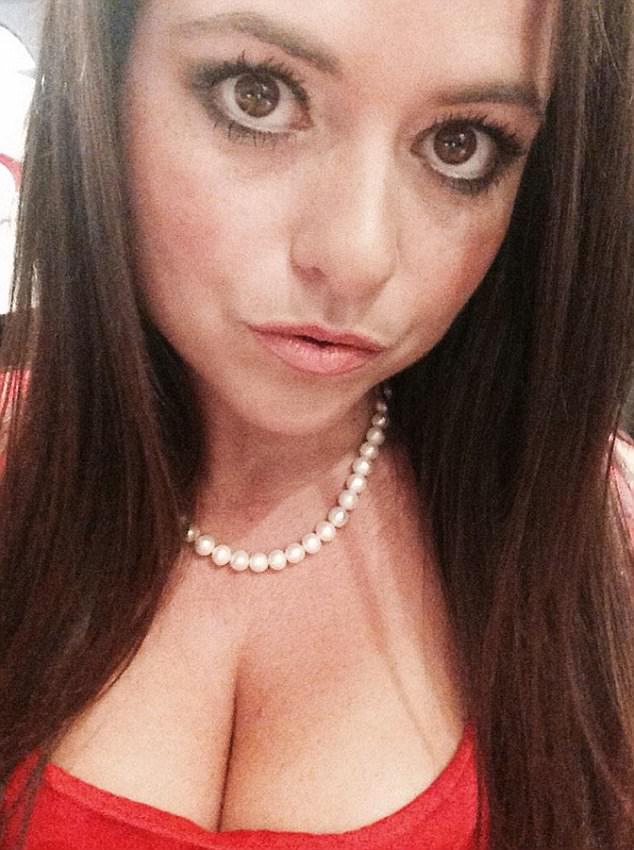 The couple now live together in Rochdale and appeared on Loose Women to discuss their nuptials.

The 34-year-old selfie queen was also revealed to be a carer for Coronation Street star Jennie McAlpine’s sick mother.

Jennie, 33, broke down in tears on I’m a Celebrity last year as she told her camp mates of the death father Tom, who raised her.

But Karen said Jennie may also be expressing her sorrow for her late mother Linda Garner, who had a severe degenerative illness and died suddenly on Christmas Day in 2004 after choking on a piece of turkey.

Karen was Linda’s carer in her twenties before she married Simon Danczuk because she lived in the same block of flats in Rochdale.