Sell sell sell! The date when thousands of Australians could be forced to put their house on market

Property D-Day: The date thousands of Australians could be forced to sell their homes – causing house prices to tumble

Thousands of Australians could soon be forced to put their houses on the market despite tumbling property prices amid the coronavirus pandemic.

The value of business and household loan deferrals has hit $250billion as thousands of Australians are allowed to stop making repayments as unemployment skyrockets due to lockdown measures.

The huge figure has led the Australian Prudential Regulation Authority to warn of a looming cliff in September when the deferrals end and some customers are forced to put their properties on the market because they can’t repay the deferred loans. 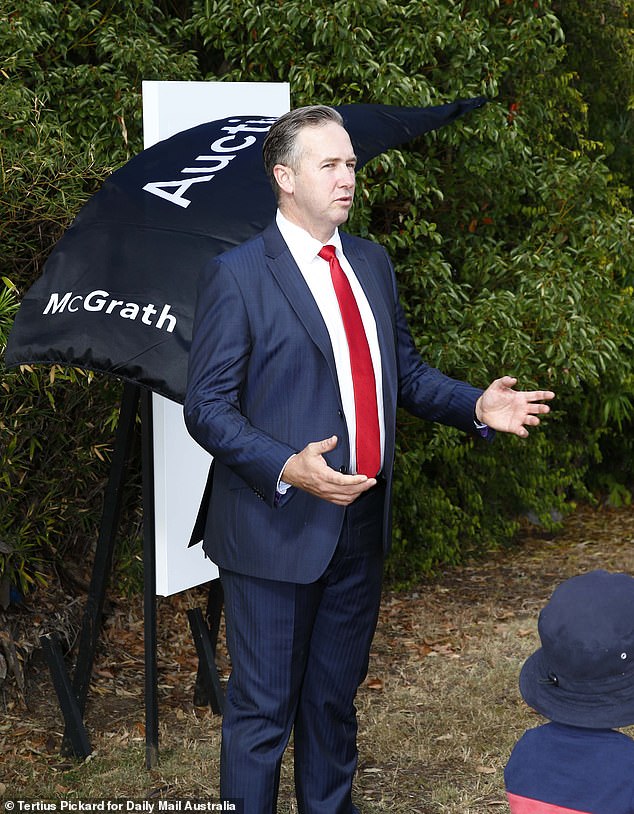 Australians who can’t afford to repay their loans when the deferral ends in September could be forced to put their properties on the market (real estate agent at home auction, pictured)

Many Australian banks allowed customers to defer their mortgage repayments for six months in April after lockdown restrictions and border closures forced thousands to be stood down or take reduced salaries.

‘We often talk of the cliff, which is when everything ends in six months’ time,’ APRA Chairman Wayne Byres told a Senate committee into COVID-19 on Thursday.

Experts have long predicted house prices across the country could plummet due to the COVID-19 health crisis.

Melbourne University economist Dr James Brugler has forecast a drop in many major cities, particularly Perth, which could be affected by a 30 per cent decrease.

He said most homeowners have only a small amount of borrowings against their house and can withstand a reduction in property prices.

However, some who have large borrowings will be hit hard.

‘In Sydney, Melbourne and Brisbane, we calculate that a quarter of households will see a fall in equity of 10 per cent or more,’ he told News Corp.

‘In Adelaide, the figures are less severe but for Perth, one quarter of households face a reduction in home equity of 20 per cent or more. This is because the Perth property market is more exposed to movements in stock prices, and average household debt levels are higher relative to home values.’

Experts say the prices for investment properties might fall even more as overseas buyers drop out of the market.

Labor senator Katy Gallagher said on Thursday she was concerned about the Reserve Bank of Australia’s comment that it may be a mistake to end the JobKeeper scheme in September.

She said a part of the economic recovery is consumer confidence to spend – and if loan deferrals and JobKeeper are cutoff in September the doubled effect may harm the ability of the economy to bounce back.

The knock on effects to the economy, such as shrinking housing and credit markets, could push Australia dangerously close to a recession. 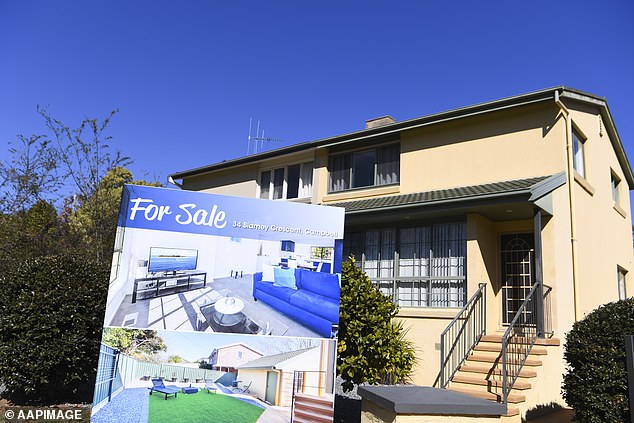 ‘In Sydney, Melbourne and Brisbane, we calculate that a quarter of households will see a fall in equity of 10 per cent or more,’ one expert said