‘I was ashamed and concerned I wouldn’t work again’: Selma Blair reveals she has ‘never had a job offer’ after publicly speaking about her multiple sclerosis (MS) diagnosis

The 50-year-old actress was diagnosed with MS – which can lead to physical and mental problems – in 2018, and she’s convinced that it’s had a negative impact on her career in Hollywood.

She shared: ‘When I talked about it, there was so much support, but I never got a job again.’

‘I never got a job again’: Selma Blair thinks speaking publicly about her multiple sclerosis (MS) diagnosis has damaged her career

The actress has experienced fatigue and speech disturbances for decades.

However, she remained tight-lipped about the issue for a long time because she thought it would damage her career.

She told the BBC: ‘I was ashamed and concerned I wouldn’t work again.’

Despite this, Selma actually felt ‘unburdened’ when she received the diagnosis. 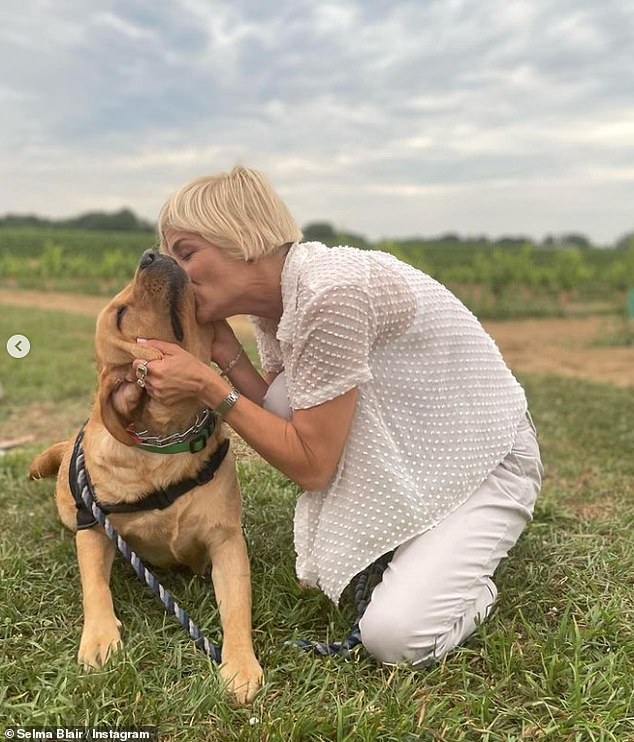 Health: The 50-year-old actress was diagnosed with MS – which can lead to physical and mental problems – in 2018, and she’s convinced that it’s had a negative impact on her career in Hollywood

The ‘Dark Horse’ star said: ‘It was a relief. There was a little bit of panic, like how will I have the energy to ever even deal with this?

‘I had been down that road for so many years without a diagnosis that I did feel kind of hopeless still, but I was hoping that the diagnosis of MS would give me so many more options.

‘It was an amazing, comforting feeling to know that there was a whole community of chronic illness or MS patients.’ 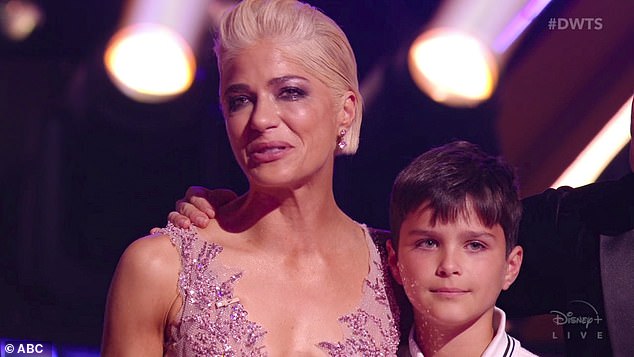 She told the BBC: ‘I was ashamed and concerned I wouldn’t work again.’

Selma believes that Hollywood has made strides in its representation of people with disabilities. However, she insists that much more can still be done.

The actress – who has an 11-year-old son called Arthur – said: ‘There is a bigger responsibility to create iconic images with people that have disabilities.

‘I know that my own MS took my career down. I had to stop working for years, even before I had my son [in 2011], because I wasn’t well.

‘Disability was affecting me and taking me out of the workforce and it created huge changes in my physical appearance … things that couldn’t be in a movie or a TV show.’

Selma brought Scout home this past December on the advice of her neurologist, she revealed to People magazine a couple of months ago.

She noted that her new English Labrador ‘kept me moving and helped me build stamina’ and noted that her son Arthur, 10, ‘loves knowing Scout is by my side.’

The Cruel Intentions star explained: ‘It’s a big undertaking, and he’s still young, not yet two, but he’s a tremendous gift. He’s with me all the time.’

She added: ‘If I fall into a big [muscle] spasm or have some trouble moving and need to recalibrate, he can get between my legs, help me get up, and balance me. It’s given me a lot of independence.’ 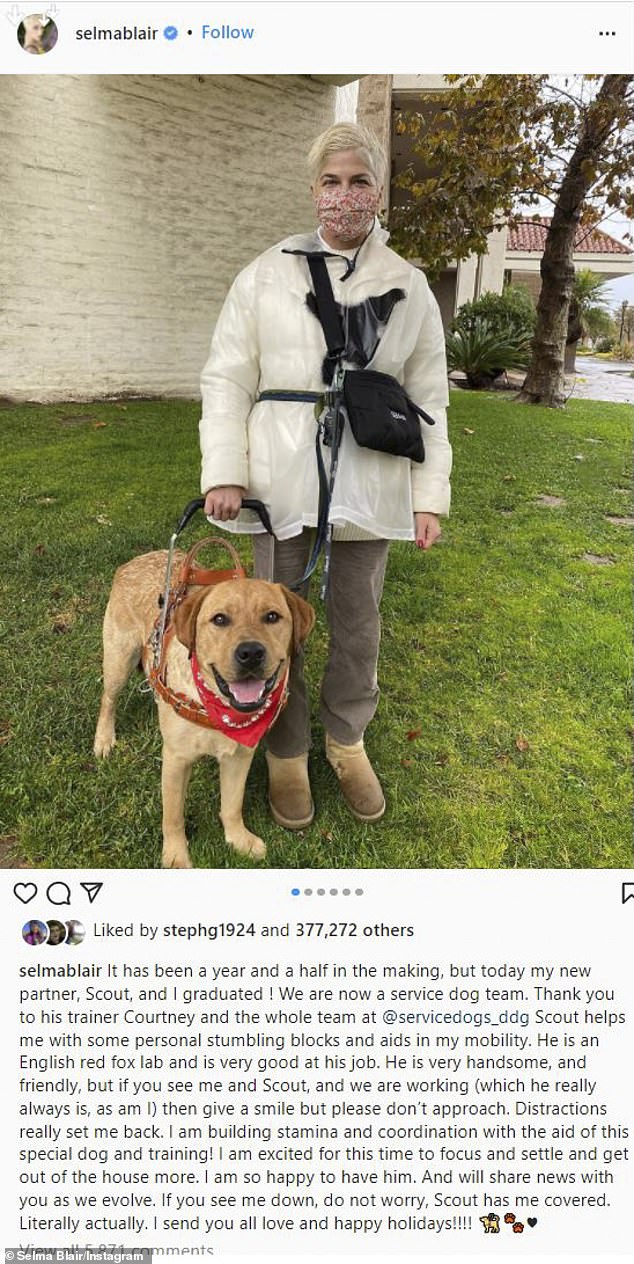 Adding a new friend: Because of her fight with multiple sclerosis, Blair added Scout to her family back in December after a rigorous 18-month-long training process