Selwyn Cobbo has been backed to make an impact at State of Origin level by Queensland great Gorden Tallis, after the teenage winger delivered another dazzling performance for the Broncos.

The 19-year-old helped himself to a hat-trick, racking up 183 metres and two tackle busts as Brisbane demolished Manly 38-0 in Magic Round at Suncorp Stadium on Friday night to clinch a fourth straight win.

Cobbo has scored seven tries in 10 NRL games this season and Tallis believes he ‘wouldn’t look out of place’ if picked to play for the Maroons in the State of Origin at Accor Stadium in Sydney on June 8.

‘I love his tough carries, he’s still learning the game and it’s a tough arena but he wouldn’t look out of place [at Origin level] if [Queensland coach] Billy Slater goes that way,’ Tallis, who played 23 times for Queensland, said on Fox League after the game.

‘Week in, week out he just gets better.’

Cobbo’s height and clinical finishing have elicited comparisons with former Melbourne and Maroon greats Greg Inglis and Tallis suggested there were definitely similarities between the two.

‘He’s got a bit of Greg Inglis in him. They are tall, they are great athletes,’ he said. 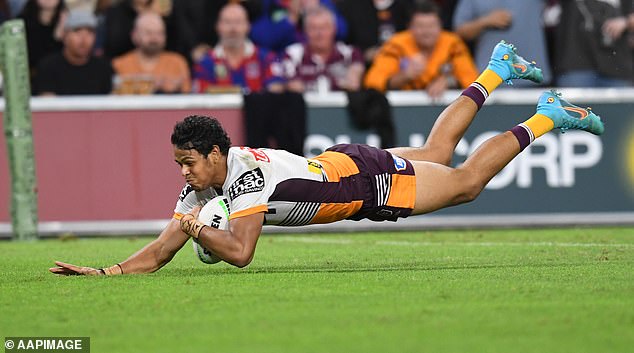 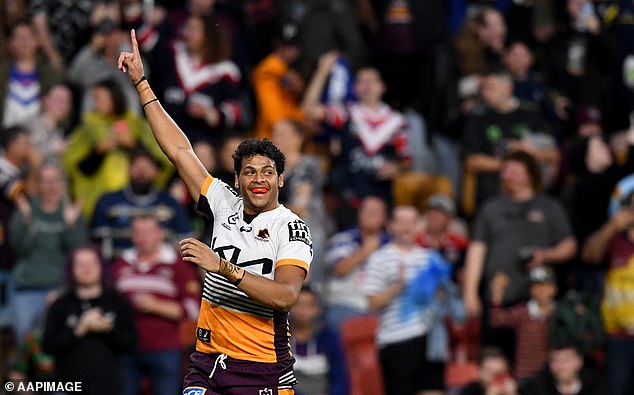 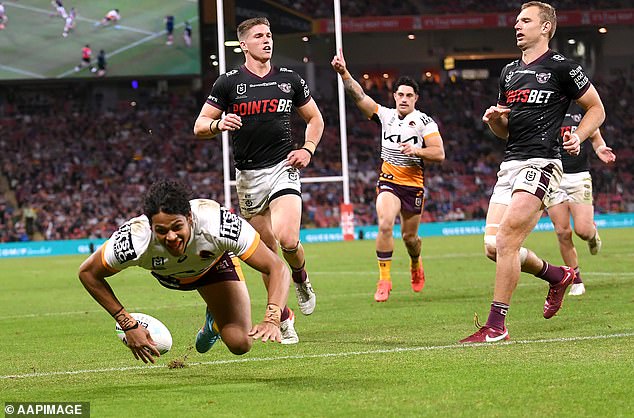 Inglis made his Origin debut in Game I of the 2006 series and announced his debut in style with two tries in a 17-16 defeat in Sydney.

Queensland ultimately went on to win the series 2-1, their first triumph in four years and the starting point for a formidable run that saw the Maroons win 11 of the next 12 years, including a record eight in a row.

By contrast, New South Wales have won three of the last four series, which make Slater somewhat more reluctant to bring in debutants, however talented they may be.

‘When Inglis was coming through it was a great Queensland side, so it was easier to bring young guys in,’ Tallis added. 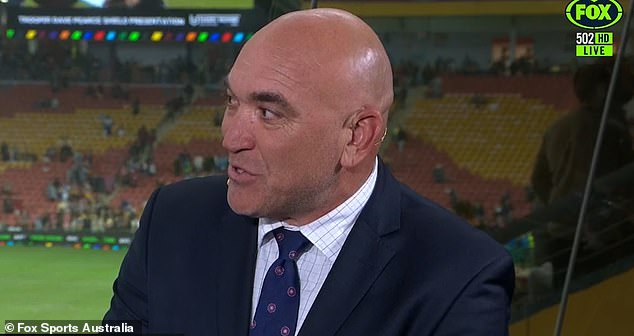 ‘It’s very hard to blood a guy in Origin because it’s such a tough arena.’

Adam Reynolds set up Cobbo’s first two tries with two pinpoint kicks, before the 19-year-old ran 95 metres after intercepting a pass to complete his hat-trick.

Speaking during the game, Fox League analyst Michael Ennis was also impressed by Cobbo, who is under contract with the Broncos until the end of next season and has attracted interest from as many as eight NRL clubs.

‘Selwyn Cobbo what an athlete. What a player. They can’t let him go the Broncos,’ said Ennis, who suggested there was a ‘potential maroon jersey coming’ the teenager’s way. 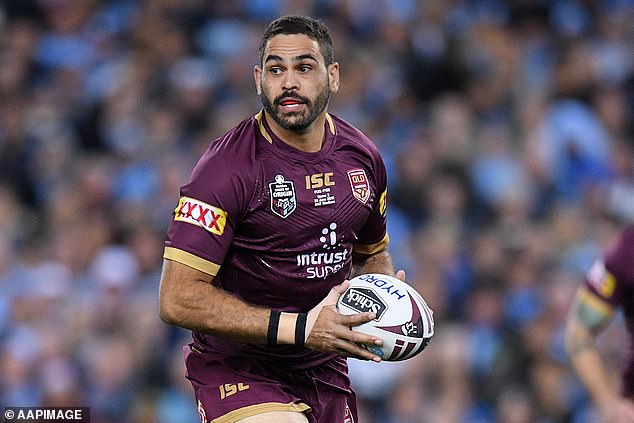 ‘The best part of Cobbo’s game in this early part of his career are his backfield carries and his physicality,’ he said.

‘That is representative football type of stuff.

Asked whether he feels ready to play at Origin level, Cobbo told Nine: ‘I’m pretty ready if I get that call. I’d love to represent my state. […] It would mean the world to me to play for my state. It would be so exciting for me.’

Speaking earlier this week, Slater hinted Cobbo could feature in his Origin squad. 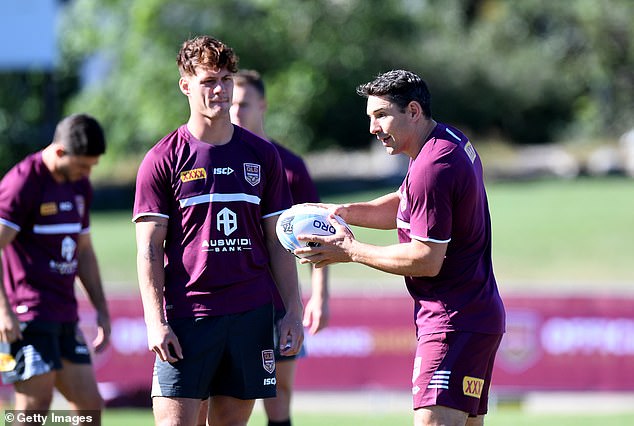 ‘I have been so impressed with Selwyn Cobbo,’ the Maroons coach, who was a year older than Cobbo when he made his Origin debut, said.

‘I will make a decision on Selwyn in a few weeks time, but for me, your age is your age and you only get experience in Origin by experiencing the actual game.

‘If we feel Selwyn is the best person to fill a position in our team, we’ll pick him, but if other people are better credentialed, then we will back those guys.

‘But age is not a concern for me. It is not a barrier for me.’