PHOENIX (AP) – A black hearse carrying the flag-draped casket of U.S. Sen. John McCain arrived at Arizona’s Capitol on Wednesday for the first of two services before he is taken for the last time from the state he has represented since the 1980s.

Uniformed Arizona National Guard members carried the casket into the Arizona State Capitol Museum rotunda, where McCain will lie in state after a private morning service on what would have been his 82nd birthday. McCain died Saturday of brain cancer.

Black curtains hung in the rotunda at the museum that hosts tourists and history buffs on a typical day as well state capitol workers bustling from one office to another. Arizona and U.S. flags encircled the room.

Before the ceremony started, veterans and active military members had staked out spots on the sidewalk to wait for the hearse that brought McCain’s body from a funeral home to the Capitol.

Other military members in uniform congregated on the Capitol plaza.

Veteran Judith Hatch handed out flags to those assembled, saying Arizona lost a champion for the military.

“We definitely have lost a strong advocate, so we’ll need someone who is going to step up to the plate,” Hatch said.

The ceremony will include remarks from Ducey and former U.S. Sen. Jon Kyl, plus a benediction from Sen. Jeff Flake. It will also mark the first appearance of McCain’s family members since the senator died.

Later in the afternoon, the Capitol will be open to members of the public who want to pay their respects. The viewing will go on as long as people are waiting in line, Rick Davis, said McCain’s former presidential campaign manager.

For some Arizona residents, McCain has been a political fixture in the state for their entire lives. He took office in the state in the early 1980s, first as a congressman and then as a senator in the seat once held by Sen. Barry Goldwater.

McCain is the third person to lie in state in the rotunda in the past 40 years; others were Arizona state Sen. Marilyn Jarrett in 2006 and Olympic gold medalist Jesse Owens, a Tucson resident, in 1980.

Thursday morning will feature a procession through Phoenix on the way to a memorial service at North Phoenix Baptist Church, with the public invited to line the route along Interstate 17.

The memorial service will include multiple tributes, readings and musical performances, including a tribute from former Vice President Joe Biden. Musical choices include a performance of “Amazing Grace” by the Brophy Student Ensemble and a recessional to “My Way” by Frank Sinatra.

From there, McCain will depart Arizona from Phoenix Sky Harbor International Airport.

Another viewing will be at the U.S. Capitol on Friday, with a final memorial service at the Washington National Cathedral.

A website laying out details for the services says to send any flowers to a local Veterans Administration hospital. 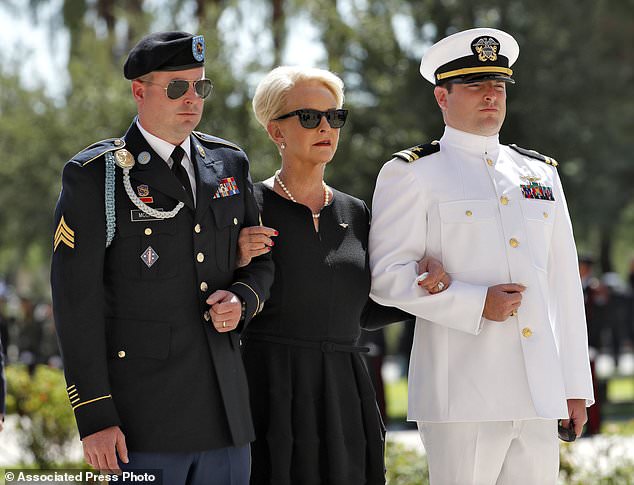 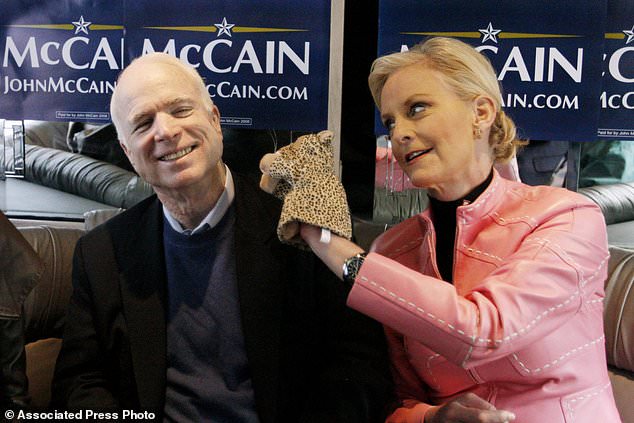 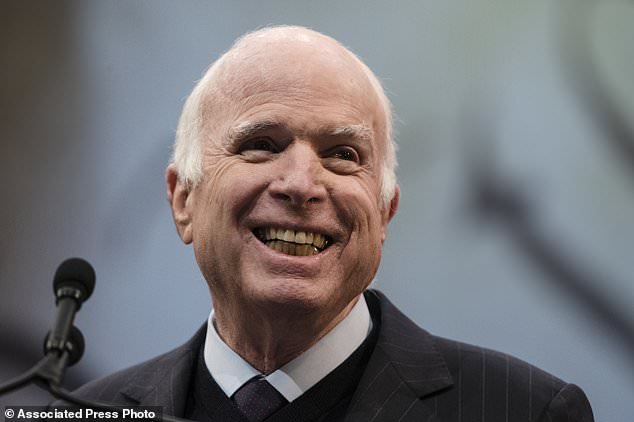 FILE – In this Oct. 16, 2017, file photo, Sen. John McCain, R-Ariz., speaks after he received the Liberty Medal from the National Constitution Center in Philadelphia. McCain’s body lies in state Wednesday, Aug. 29, 2018, at the Capitol in Arizona, his home state. (AP Photo/Matt Rourke, File) 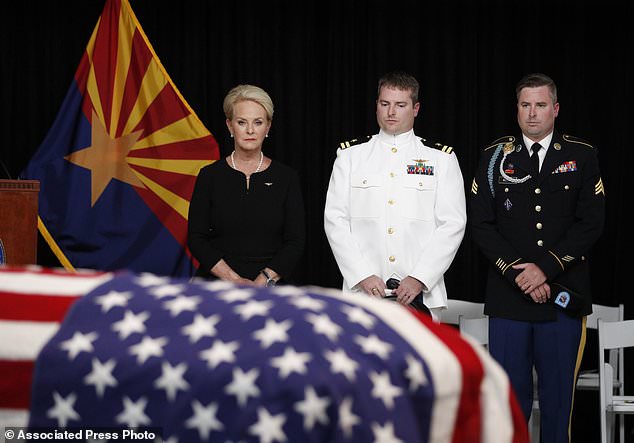 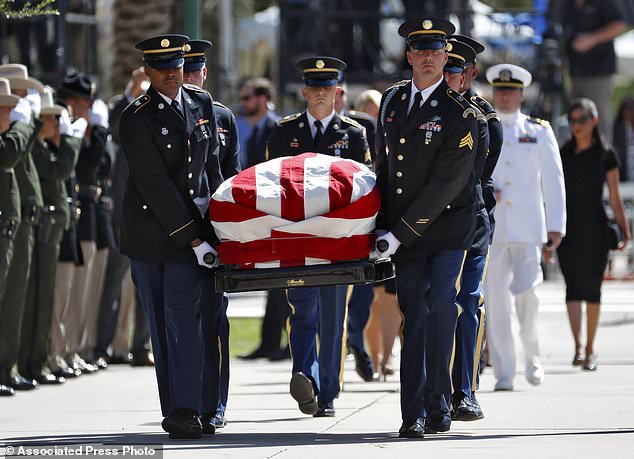 Military personal carry the casket of Sen. John McCain, R-Ariz., into the Capitol rotunda for a memorial service, Wednesday, Aug. 29, 2018, at the Capitol in Phoenix. (AP Photo/Matt York) 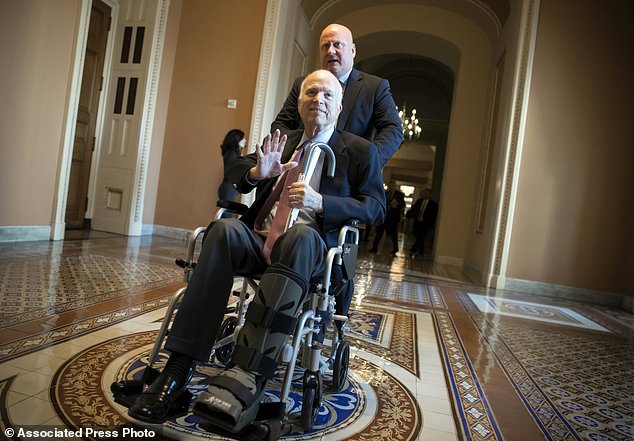