Sen. Orrin Hatch says he regrets ‘irresponsible’ Trump remarks after telling journalist he didn’t care that the president had been implicated in a crime

Utah Sen. Orrin Hatch is backtracking after saying this week that he wasn’t concerned that prosecutors have implicated President Donald Trump in a crime.

The Republican senator said in a statement that he spoke ‘imprudently’ in a CNN hallway interview Tuesday.

He said the interview was unplanned and ‘I made comments about allegations against the president that were irresponsible and a poor reflection on my lengthy record of dedication to the rule of law.’

Republican Sen. Orrin Hatch (in October) issued a statement admitting he made ‘irresponsible’ comments when stating he didn’t care that prosecutors implicated President Trump in a crime

During the interview, Hatch dismissed federal prosecutors who said Trump directed his personal lawyer Michael Cohen to make hush money payments to two women as a way to quash potential sex scandals during the campaign.

‘Well I think the Democrats will do anything to hurt this president, anything,’ Hatch said. ‘What happened before he was elected president you know is one thing. But since he’s been elected the economy’s done well, our country’s moving ahead, we’re in better shape than we were before he was president. And I think we ought to judge him on that basis.’

When the CNN reporter, Manu Raju, pointed out that it wasn’t Democrats but federal prosecutors making the case, Hatch said, ‘I don’t care. All I can say is I think he’s doing a good job as president.’

Hatch, 84, who is retiring from Congress at the end of the year, added that he didn’t think Trump was involved in crimes.

‘But even then, you know, you can make anything a crime under the current laws if you want to,’ he said. 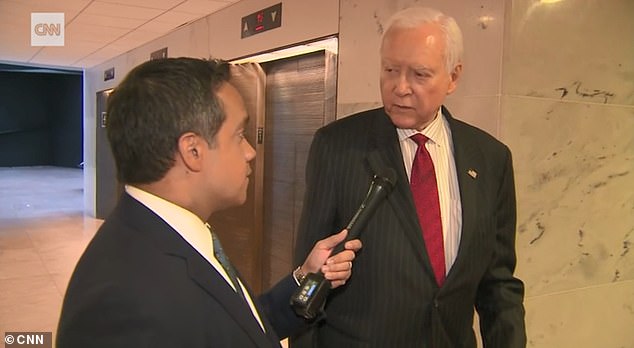 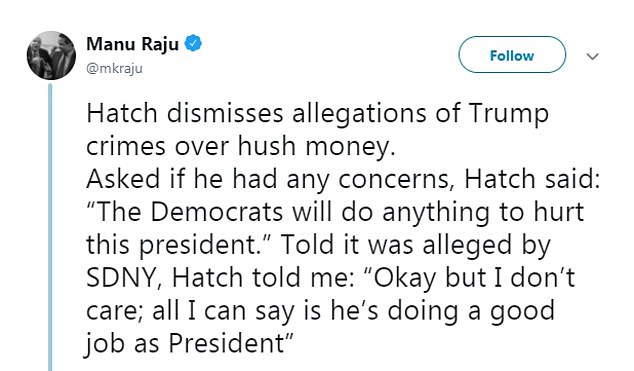 In his statement, Hatch linked to Raju’s tweet and called his own words ‘irresponsible’ 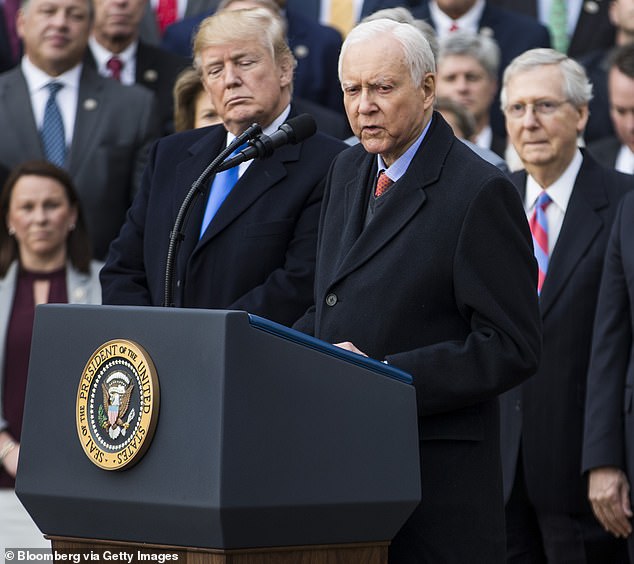 In the written statement Friday, Hatch said he ‘has long believed our criminal code is simply too large’ but regretted the comments ‘at a time when faith in so many of our  institutions is at an all-time low.’

‘I don’t believe the president broke the law, but one of the core principles of our country is that no one is above the law,’ Hatch said. ‘That means anyone who does break the law should face appropriate consequences.’

Hatch said in the statement that said he believes special counsel Robert Mueller’s Russia investigation should move forward, along with the New York case involving Cohen.

‘While I believe the president has succeeded in a number of important policy areas, that success is separate from the validity of these investigations, which I believe should be allowed to run their course,’ Hatch said.