Democrats are positioning themselves to block the Senate Republicans’ police reform bill before it even hits the floor for debate as they claim the legislation does not go far enough, especially in banning cops’ use of chokeholds.

Senate Majority Leader Mitch McConnell needs 60 votes for the Senate to begin negotiations on the bill, which was authored by the sole Black GOP Senator Tim Scott – but Democrats are signaling they will not let the debate commence.

There was no Democratic input in the bill, and many claim that McConnell is not prepared to negotiate on additional measures or those already included.

Democrats claim they want more assurances from McConnell that there will be concessions made on the side of Republicans before they vote to bring the bill up for debate. 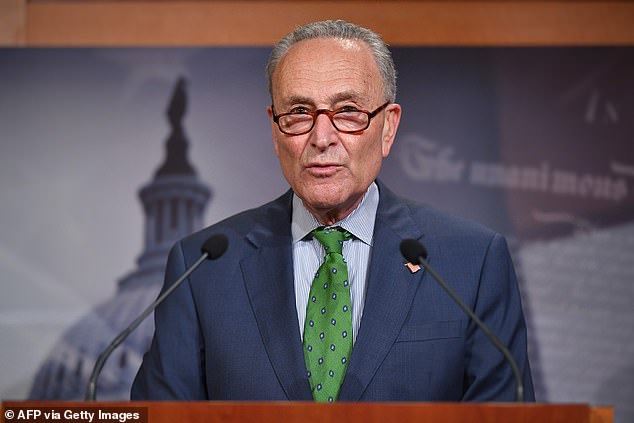 Senate Minority Leader Chuck Schumer initially said he is prepared to move forward on negotiations, but other Democrats insists the bill does not go far enough and McConnell is not giving a big enough commitment that Republicans will budge on the bill 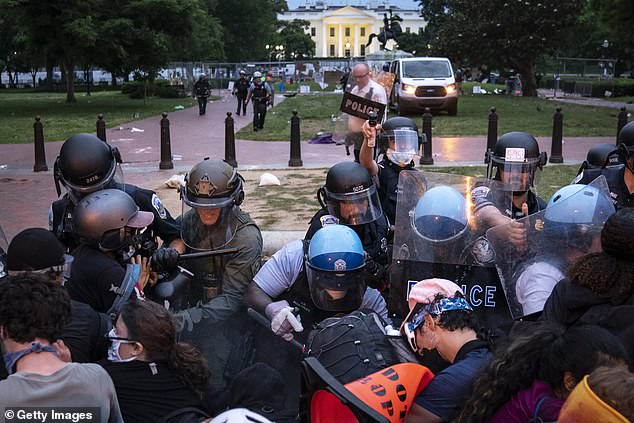 The Kentucky Republican set the Senate on a path to consider the legislation on Wednesday and must lure at least seven Democrats to support even opening debate on a GOP bill written without any Democratic input. So far, few Democrats have expressed any interest.

‘If nothing changes, I’m voting,’ Senator Jon Tester said, according Politico. ‘I need some assurances that we’re going to vote on amendments that will fix this bill. And it needs a lot of fixing.’

Republicans would need Tester, the centrist Democratic senator from Montana, and six other aisle crossers to assemble the 60 votes needed to move forward.

McConnell is preparing to bring the bill to the Senate floor on Wednesday as Senate Minority Leader Chuck Schumer previously claimed he would allow for the debate. It now appears, however, that Republicans will not be able to get the seven Democrats votes they need.

House Speaker Nancy Pelosi unveiled the Democrats’ version of a police reform bill earlier this month and riots and protests following the death of George Floyd continued to sweep the nation.

The California Democrat has indicated that she wants the Senate to take up the bill so both chambers can begin formal negotiations.

Many Senate Democrats also said Monday night that they are being urged by several progressive organizations, including the NAACP Legal Defense Fund, to oppose the bill.