A Republican Idaho state senator shouted ‘Abortion is murder’ at a group of college students lobbying for a birth control bill Monday, after they left him a note with condoms because he cancelled their meeting.

Students from the University of Idaho traveled to the state’s Capitol some 300 miles from their school were accosted by an irate Republican state Sen. Dan Foreman.

When the senator cancelled their meeting Monday morning, the students left a note and condoms in his office before moving onto other scheduled meetings with lawmakers from northern Idaho regions.

Later that day, the Republican from Moscow passed the students in a hallway and several people recorded him shouting, ‘Abortion is murder, I stand against it.’

Students caught Idaho Republican Senator Dan Foreman on video shouting at them about abortion. They were at the Capital to lobbying for birth control and updated sex education 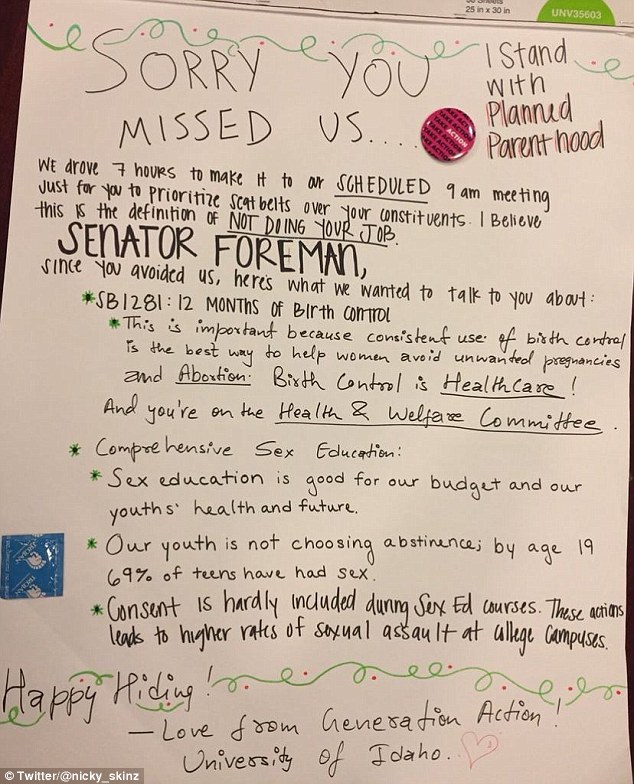 Condoms and a note: Students left this sassy letter for the Senator who was none pleased to come face-to-face with them later in the day and started shouting at them

‘I’m a Roman Catholic and a conservative Republican. I think what you guys are doing stinks,’ Foreman says on the video.

A voice is heard standing with the students responding: ‘That is your choice…’

‘You shouldn’t make it other people’s,’ the voice standing with the students says.

During the exchange, Foreman, told students he would call the Idaho State Police if they returned to his office.

They were at the Capital in Boise to lobby for a bill that would allow women to receive up to a 12-month supply of prescribed birth control and promote better sex education on college campuses.

The students were not at the Capitol to talk about abortion, said Planned Parenthood of Greater Washington and North Idaho public affairs director Paul Dillon.

They were present to encourage lawmakers to vote in favor of the birth control and sex education bill.

Afterwards, a Twitter that appeared to be Foreman’s directed the students to discuss ‘killing babies’ with a Democratic colleague.

‘It’s one thing to disagree with policy, it’s another thing to position something like that against another lawmaker,’ Jordan said in response to the tweet Monday.

‘This type of behavior is beneath the Idaho Senate.’

Foreman is a married father with seven children.

Other meetings with state lawmakers were peaceful, Dillon said, even if the lawmakers disagreed with the students’ talking points.

Sen. Bob Nonini, a Republican from Coeur d’Alene, waved a rosary while talking to students about abstinence but did not shout or demean them, Dillon said.

‘Even if you disagree with what we have to say, there’s no excuse for that kind behavior,’ Dillon said in a phone interview. ‘He was being a bully.’ 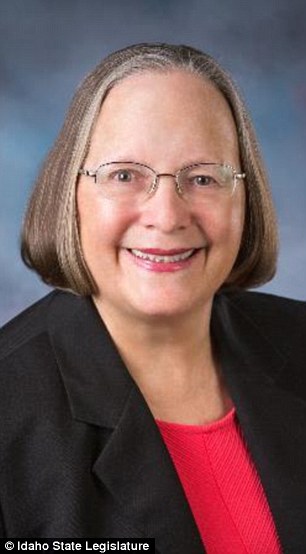 Democratic State Sen. Maryanne Jordan (left) from Idaho filed an ethics complaint against Foreman, while a student in the group with Twitter handle Nicky Skinz (right) was in attendance, she explained how they left the note that may have angered Foreman further 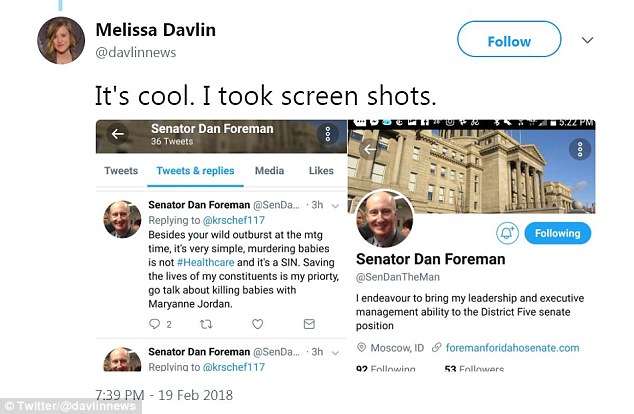 As if being caught on video wasn’t enough: An account that appeared to be Sen. Foreman’s directed the student group to talk to his Democratic colleague about ‘killing babies’ 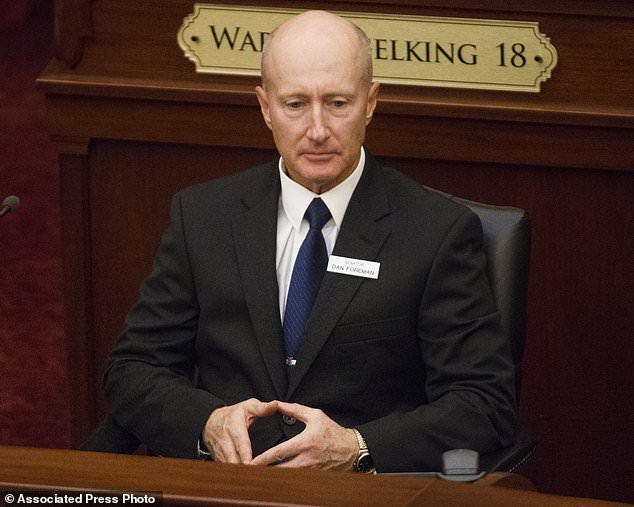 Sen. Dan Foreman, R-Moscow (pictured) told a group of students he would call Idaho State Police if any student affiliate from Planned Parenthood stopped by his office

This isn’t the first time Foreman has been recorded having an outburst. Last year, bodycam video from the Latah County Sheriff’s Department showed Foreman swearing and shouting insults with an unseen and unidentified male on Sept. 14 – the first day of the county fair in Moscow.

‘Go straight to hell, you son of a b****,’ Foreman can be heard saying in the footage.

The deputy then asked Foreman to move along.

Foreman has also faced scrutiny over an email response to a constituent’s concerns over climate change. Foreman called global warming ‘nonsense’ and said it was a scam used by left-wing fanatics to raise taxes.