Senators are baffled by half-empty spectator gallery at impeachment trial

The Senate spectator gallery was unexpectedly half-empty throughout the first week of President Donald Trump’s impeachment trial, baffling senators who are shocked people who pass on the historic hearings.

The Senate trial began on January 16 after Trump was impeached on two articles stemming from accusations that he withheld military aid money from US ally Ukraine until they conducted an investigation into presidential hopeful Joe Biden.

Republican Sen. James Inhofe of Oklahoma told New York Post: ‘I’m really surprised at that because this is kind of historic and I would think this would be an opportunity for people to get in there regardless of whose side you are on.’

The Senate spectator gallery gives interested individuals a bird’s eye view of the senators debating whether Trump should become the third president to be formally removed from office.

Journalists are not allowed to bring cameras or cell phones into the gallery, so the low audience turnout is only known by people who have direct access to the chamber. 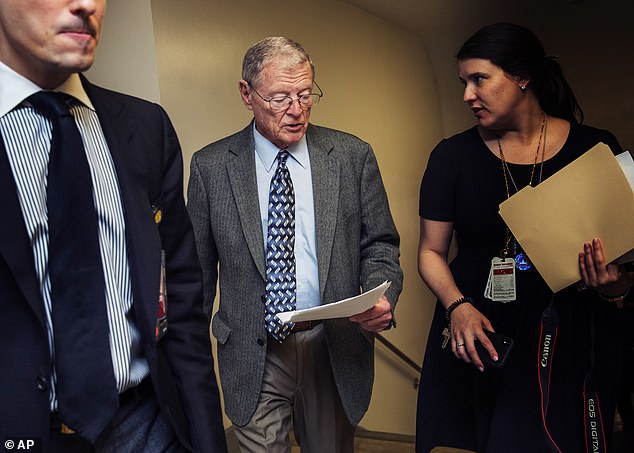 Republican Sen. James Inhofe (center) said he’s shocked that people are missing this ‘historic’ impeachment trial and ‘he would think this would be an opportunity for people to get in there regardless of whose side you are on’

A handful of Republicans blame the lackluster turn out on the tedious opening remarks from their Democratic colleagues.

‘Well, if I had a choice I’d probably be home watching Chicago PD,’ said Sen. Pat Roberts, who underwent back surgery in August.

He added: ‘No, don’t put that in there or that would make me sound terrible.’

Sen. Rand Paul, who’s taken up crossword puzzles to entertain himself, said: ‘You know, 28 hours of hearing the same thing over and over again isn’t all that exciting. ‘

On Wednesday, Paul tweeted a photo of a gallery ticket and invited Trump to be his guest. 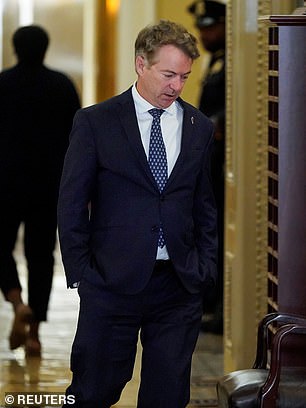 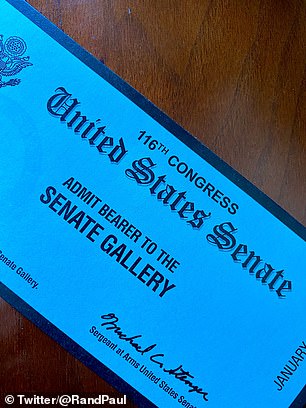 Republican Sen. Paul Rand (pictured) said: ‘You know, 28 hours of hearing the same thing over and over again isn’t all that exciting’ and invited Trump to be his guest during the trial

Some Democrats say televising the proceedings and accessibility are playing a role in the empty gallery seats.

Sen. Jack Reed said: ‘Because it’s on television, it’s a convenient alternative to coming in.’

‘I don’t think the average person thinks that it would be easy to come and watch,’ Sen. Chris Coons said. 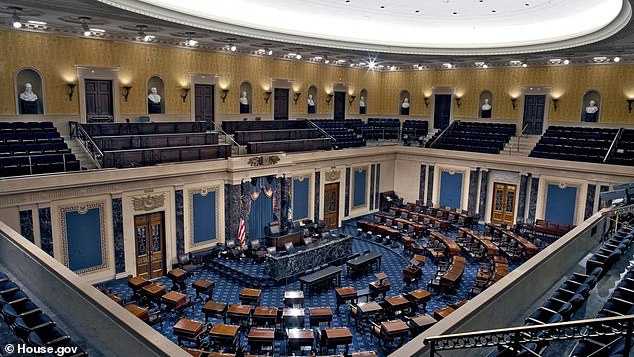 Pictured: The US Senate chamber room with a view of the spectator gallery overhead

Most Senate gallery tickets are distributed through individual Senate Offices that get between three to five tickets that allows audiences to watch in half-hour seating blocks.

The tickets can be used by multiple people, including constituents and staff, who use shifts. Some Senate offices say they have a strong interest and offer shifts up to one hour.

Sen. Patrick Leahy revealed his tickets ‘have all been used.’

The Senate Sergeant at Arms determines rules for Senate chamber, but did not say how gallery seating is managed.

Some seats have had very little guests this week, including both corners in the east side of the chamber.

According to a Senate aid, a section that seats around 100 people and is known as the family gallery is usually reserved for relatives of senators. It’s possible Senate offices have varying policies for those tickets.

Republican Sen. Mike Rounds points towards a ban on not-taking outside a press section was unappealing to to Senate staff.

‘They can do more work in the office where they have an ability to take notes,’ Rounds said.

Sen. Sherrod Brown, the Democrat from Ohio, wondered if Senate Republicans who tightened rules for the trial and on reported access could be a reason. 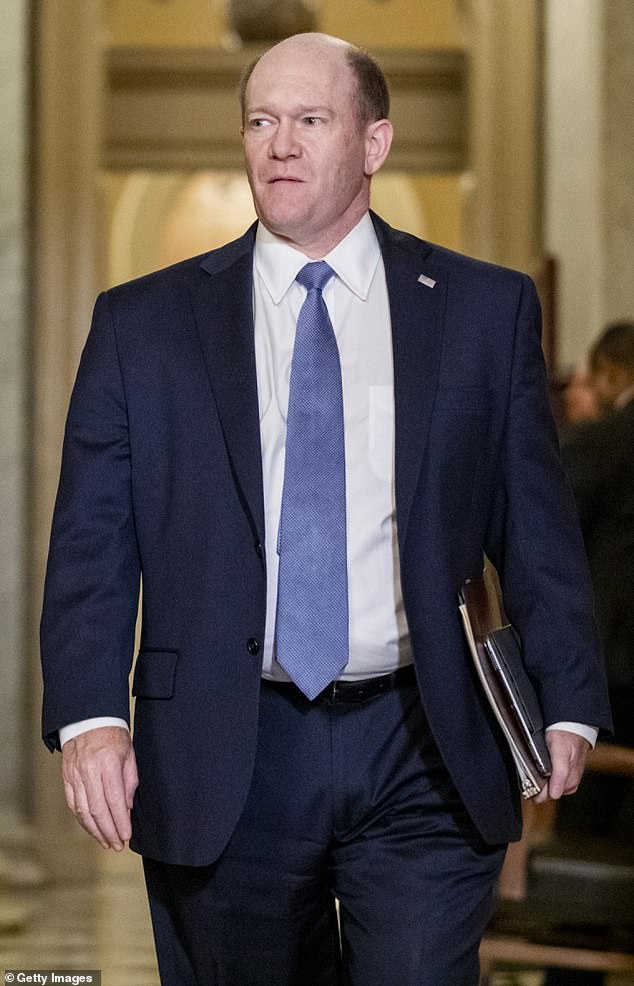 Sen. Chris Coons of Delaware wishes the Senate gallery would be more accessible to the public and says experiencing the trial in person is different than watching on TV

Brown said: ‘I’ve gotta think, a lot of student groups are here, a lot of individuals are here, tourists are here. People would love to be part of this.’

Coons added that while the Senate Sergeant at Arms and Capitol Police ‘have a job to keep us safe’, ‘the gallery should be accessible.’

‘I have four tickets and we’re happy to rotate them out. I’ve had a whole bunch of Delawareans come down and watch in the gallery,’ Coons said.

‘And that’s encouraging because it is a different experience watching it in the chamber than watching it on TV.’

Although the impeachment trial will continue into into the following weeks, it is widely speculated that Trump will be acquitted.

Republicans hold the majority of seats, with many of them having already announced their intentions to acquit the president.