Serena and Venus Williams have won their first Grand Slam doubles match in nearly two years, as the sisters made their triumphant return to the court.

The pair were seen posing by the net, towering over Japanese competitors Shuko Aoyama and Miyu Kato ahead of their impending victory in the first round of the French Open.

The Williams sisters, who have won 22 titles while competing as a team, shook hands with the duo as they prepared to play.

Serena, 36, donned her Nike black catsuit for the game, after unveiling it to an appreciative crowd on Tuesday ahead of her singles match. 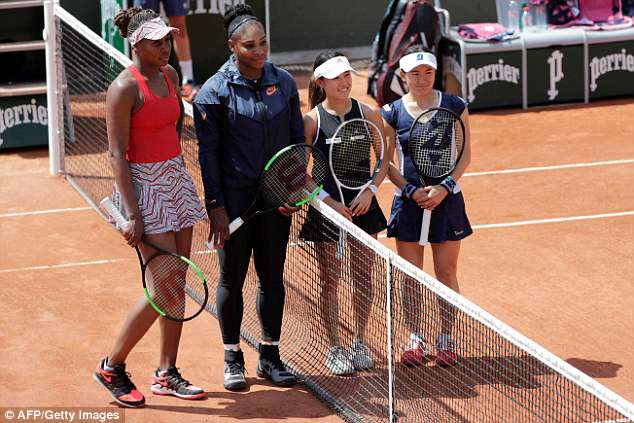 The new mother explained the catsuit was a symbol for other women returning to work after pregnancy, especially after a difficult recovery.

‘Catsuit anyone? For all the moms out there who had a tough recovery from pregnancy – here you go. If I can do it, so can you. Love you all!!’ she tweeted.

Serena gave birth to her daughter, Alexis Olympia Ohanian Jr. on September 1, in an emergency c-section.

After the traumatic delivery, the tennis star developed multiple blood clots and nearly died from complications. 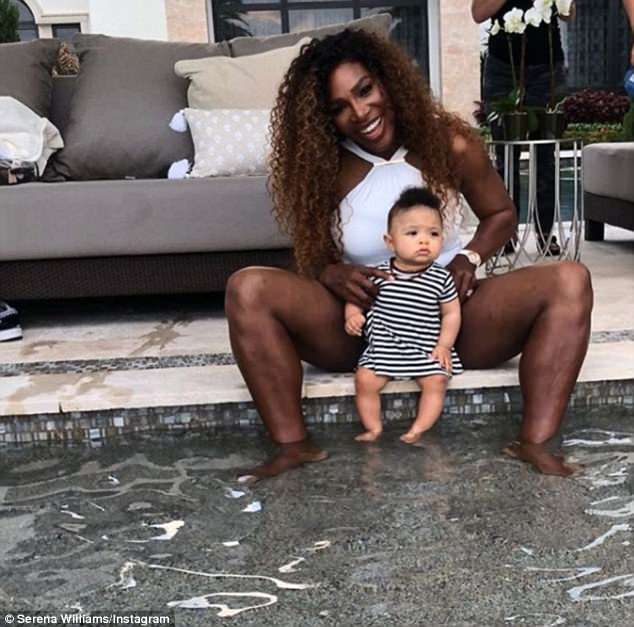 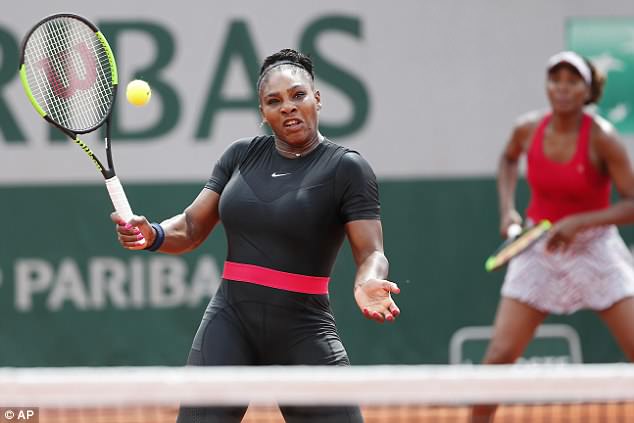 Following the birth – an emergency c-section – Serena had a vast amount of potentially deadly complications, and said her striking black catsuit was about feeling fierce during her return to work 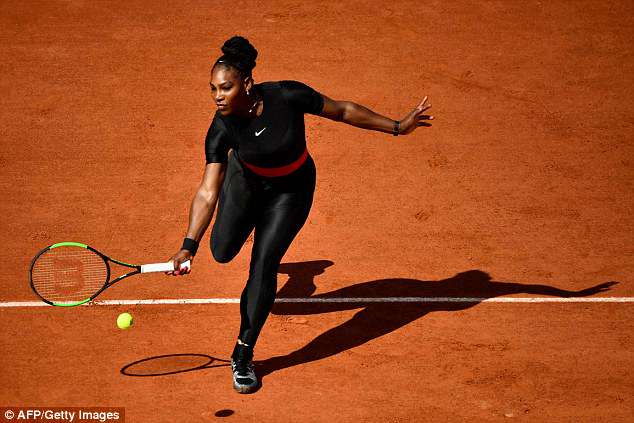 Serena last competed more than a year ago, when she took out the 2017 Australian Open while eight weeks pregnant

Serena last competed more than a year ago, when she took out the 2017 Australian Open while eight weeks pregnant.

She said from the start of her pregnancy she would be back on the court again – but not until she knew she could win.

The Williams-Williams duo last competed at a major tournament together at Wimbledon in 2016. They won their 14th Grand Slam title in women’s doubles at the All England Club.

Due to her lengthy absence from the court, Serena has lost her seeding, or ranking. Before stepping away to have her child, she was the world number one. 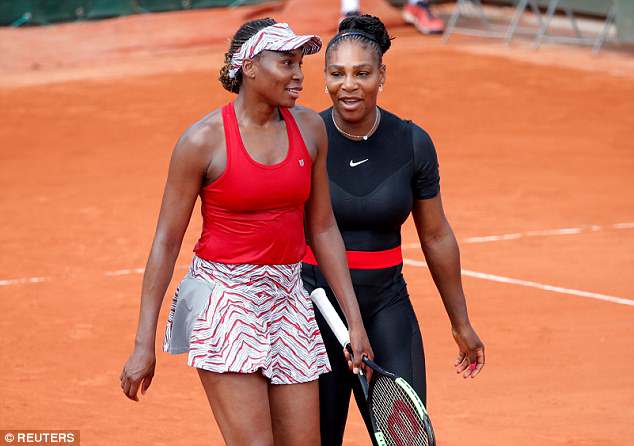 Serena’s decision to take a break from the court cost her her world number one ranking, with the French Open declining to give her a ranking at all this year – despite having won the Grand Slam three times 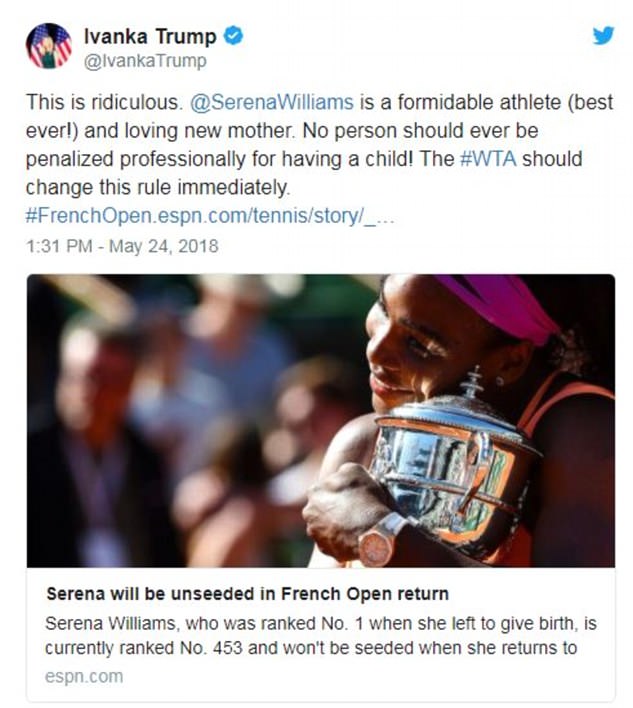 When she arrived at the French Open, they declined to rank her, despite having won the Grand Slam three times.

Dozens of high profile women spoke out against the decision and said a woman’s ranking should be protected if she goes on maternity leave.

Ivanka Trump was particularly angry at the decision, calling on the World Tennis Association to change the rules.

‘This is ridiculous. @SerenaWilliams is a formidable athlete (best ever!) and loving new mother,’ she wrote on Twitter.

‘No person should ever be penalized professionally for having a child! The #WTA should change this rule immediately. #FrenchOpen.’

‘So the people will decide what seed she will get. But in my opinion it’s good to protect the ranking when someone is giving birth.’