Just days after listing her longtime home in Bel-Air, the 36-year-old tennis star snapped up a new home just a few miles east in the just-as-luxe neighborhood of Beverly Hills.

The 6,000-square-foot home has five bedrooms, five bathrooms and dramatic views of the city. 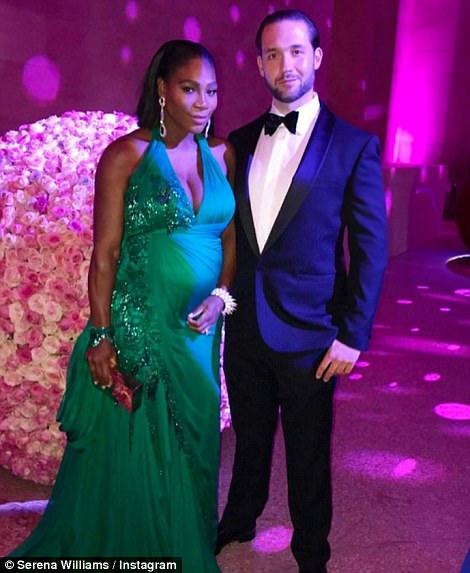 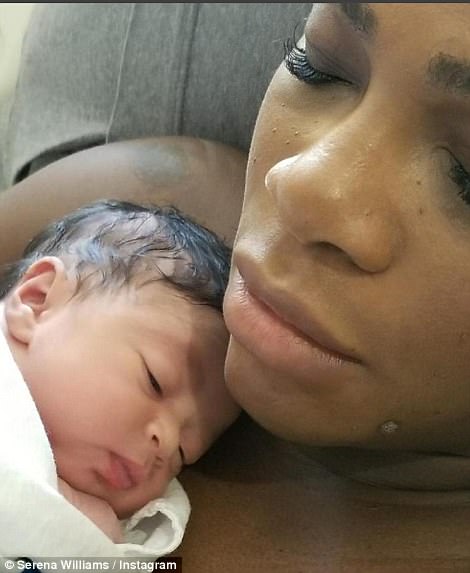 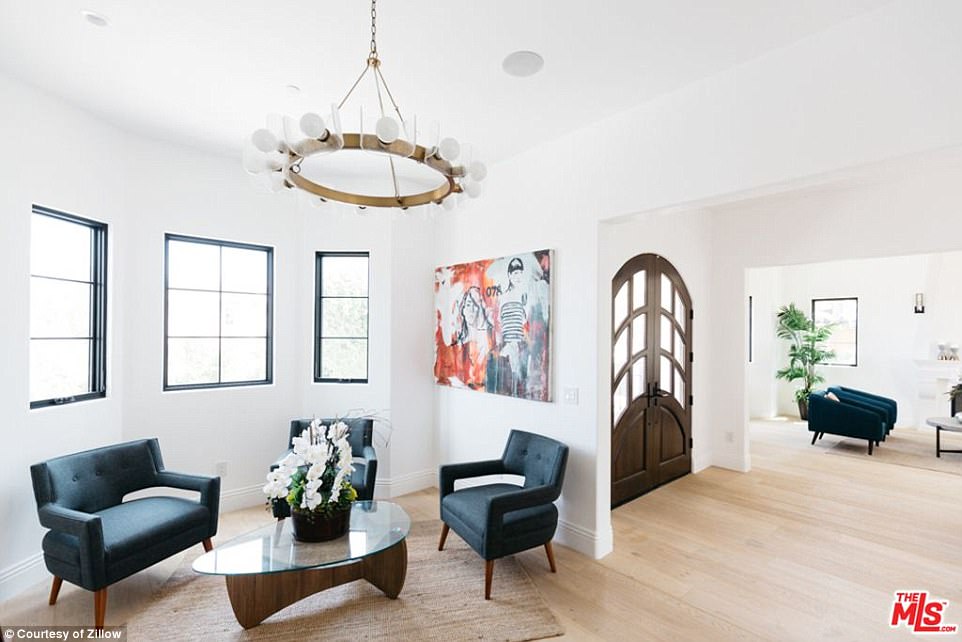 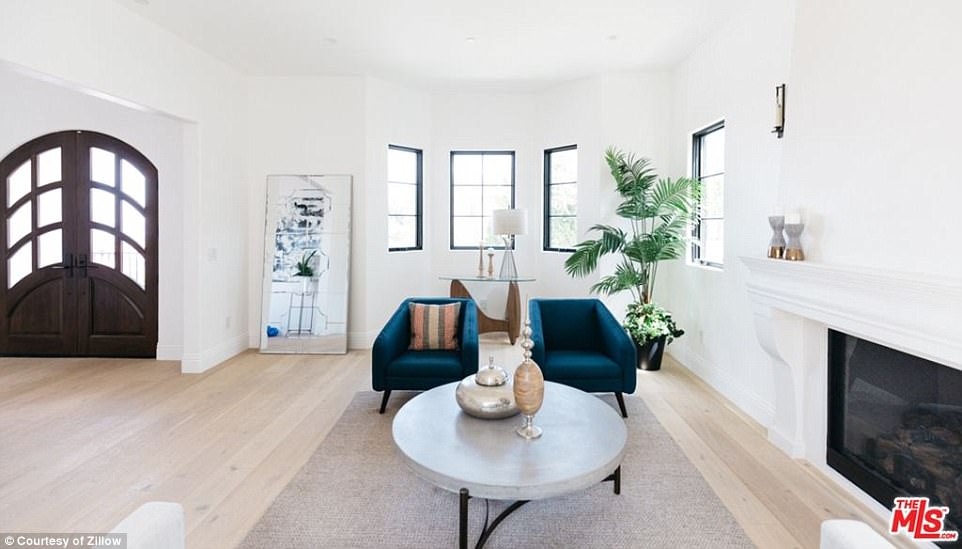 Her new home has five bedrooms and five bathrooms. The exterior is in a Spanish style common in southern California, but the inside is purely contemporary 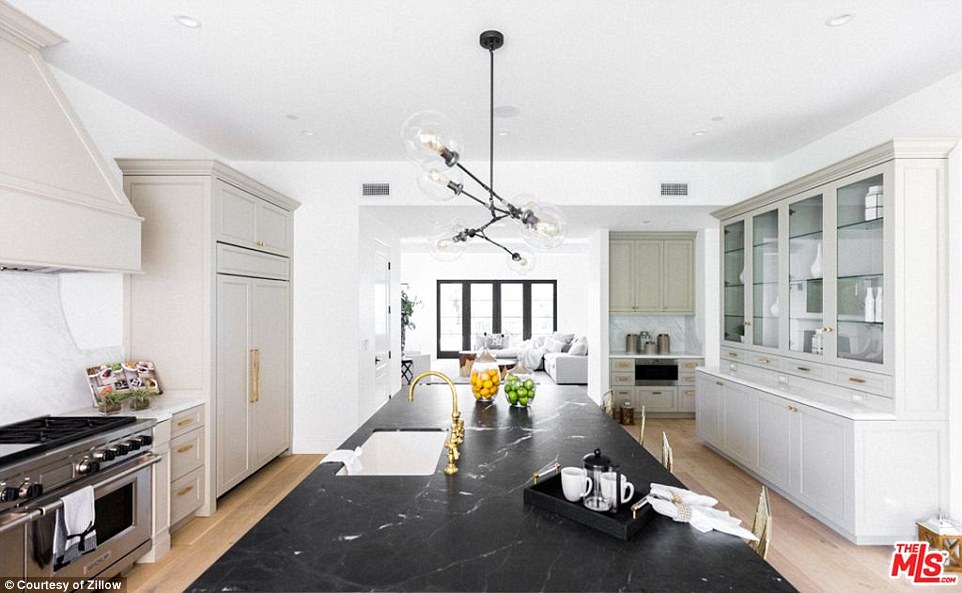 The huge open kitchen is decked out with state-of-the-art appliances, custom cabinets and marble countertops 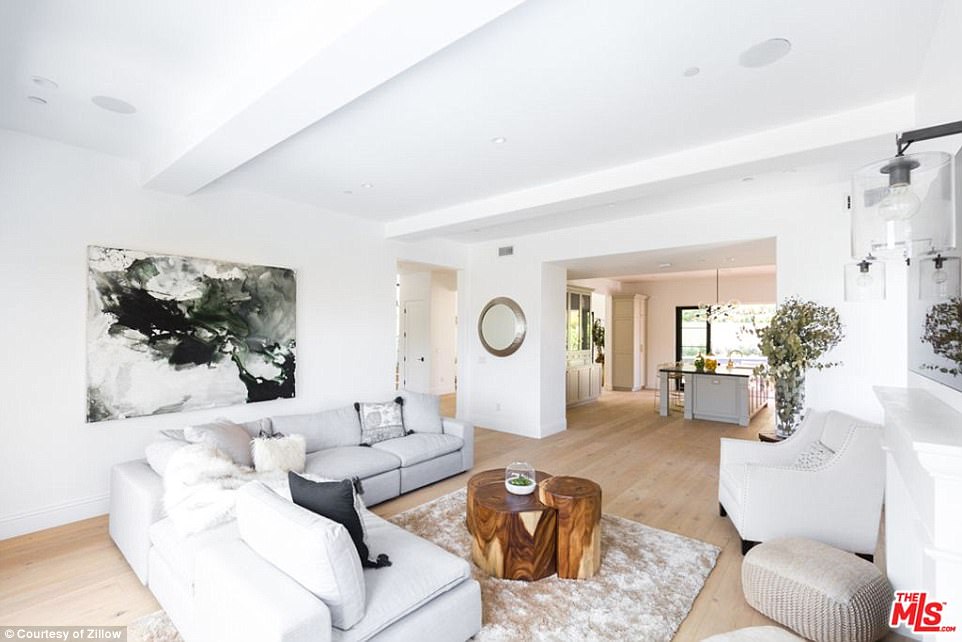 When the home was staged for pictures, it was decorated in light grays and browns with accents of black 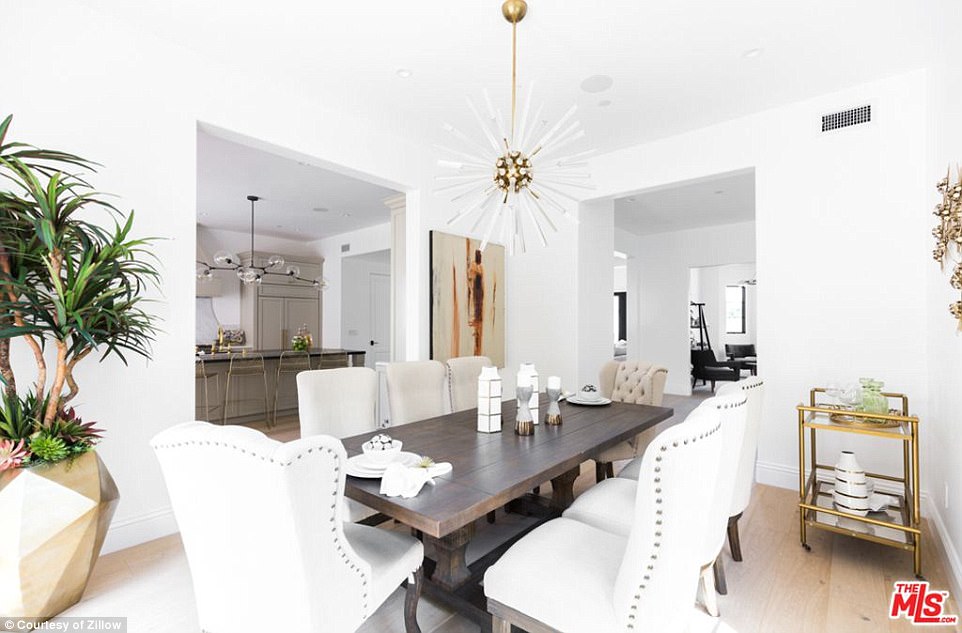 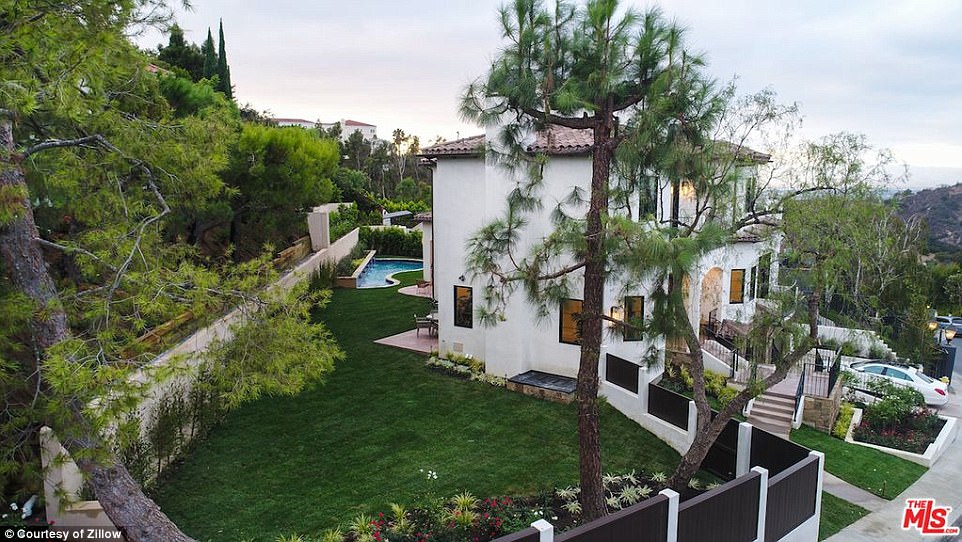 Above, a look at the home’s yard. While there’s a substantial amount of green space, there’s still not enough room for a private tennis court it seems 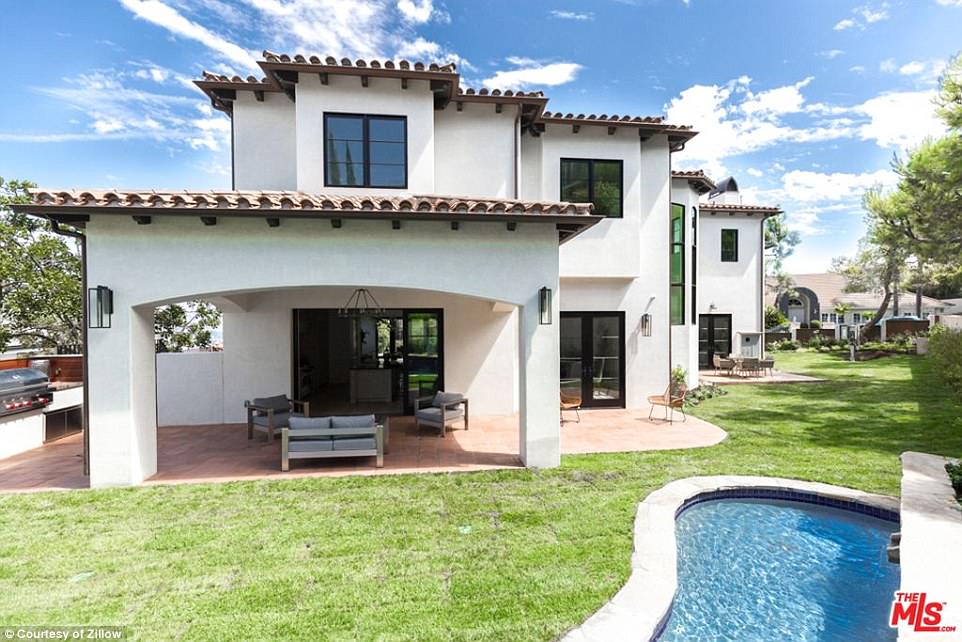 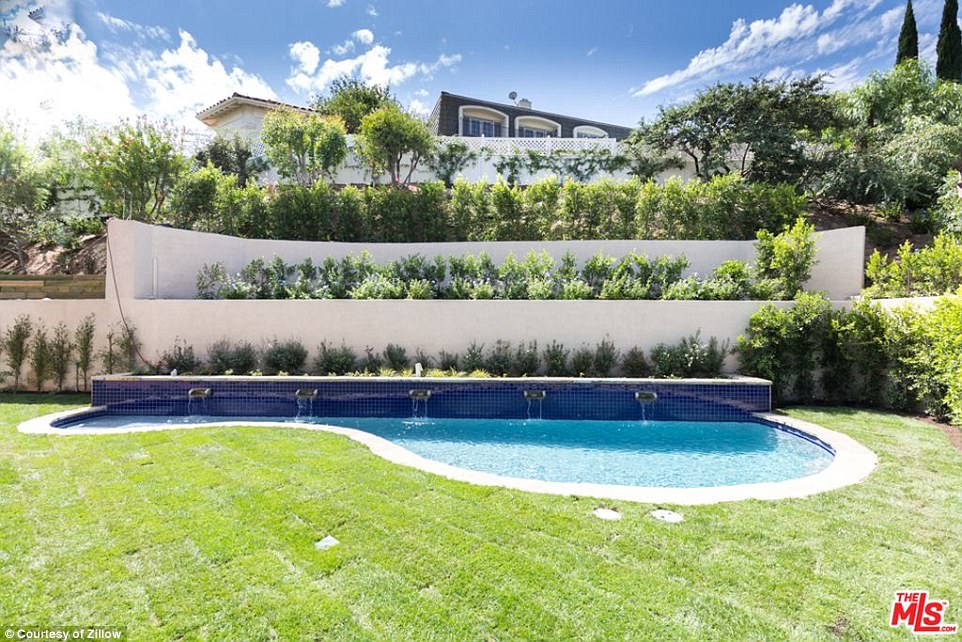 There’s even a small pool where Serena and Co can chill out on particularly hot days. Perhaps it will be the pool where little Alexis learns to swim 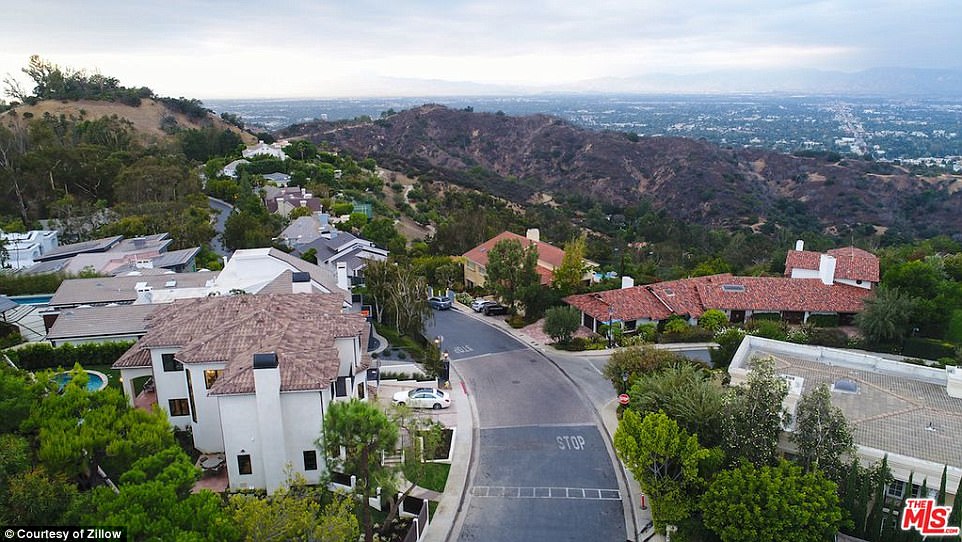 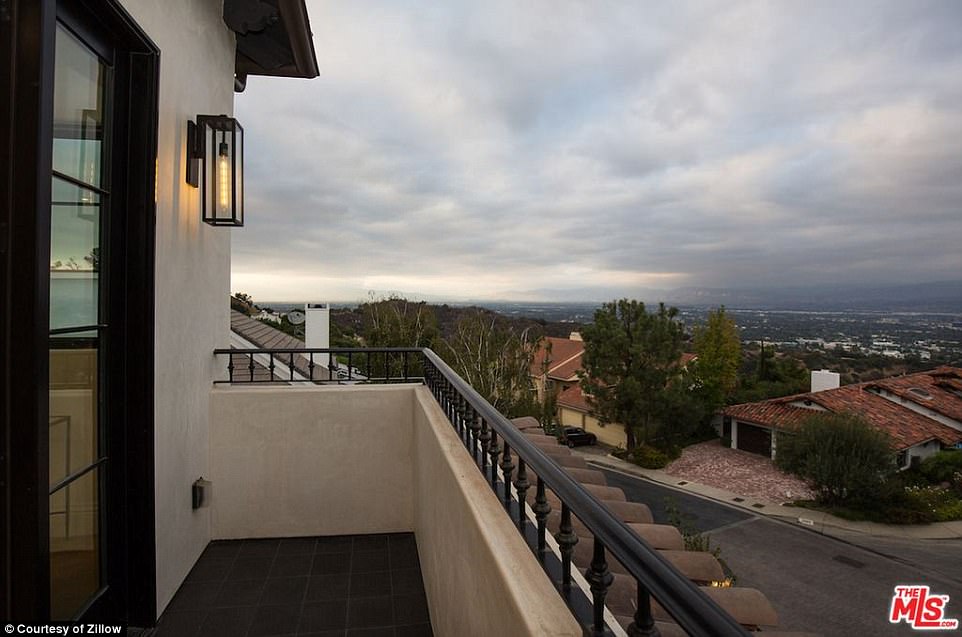 Above, one view from the private balcony off the master bathroom on the second level of the home

It’s unclear how often Williams will use her new home. Her primary residence is in West Palm Beach Florida, where she gave birth to her first child, Alexis Ohanian Jr., just last month and where she trains in the year-round sunny weather.

And her fiancé, who she’s set to marry sometime this month, is Alexis Ohanian, the co-founder of Reddit – which is based in San Francisco.

But as arguably the best tennis player in history – with an estimated net worth of $150million – Williams can afford to own however many homes she pleases.

Her new home is three stories and set on a quarter-acre in a gated community.

While the exterior of the home reflects the Spanish style of many homes in southern California, the interior is purely modern with its contemporary feel. 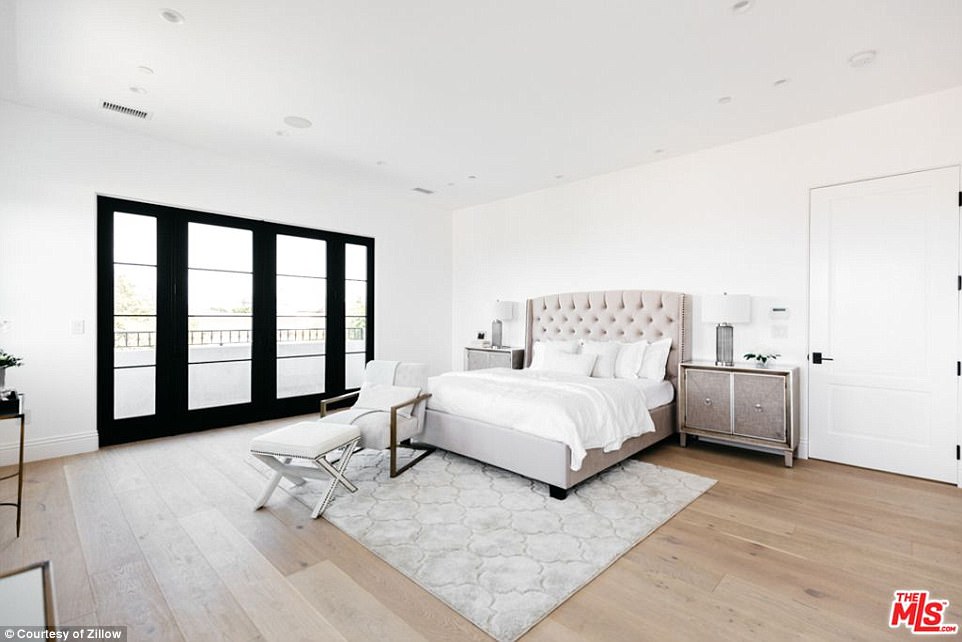 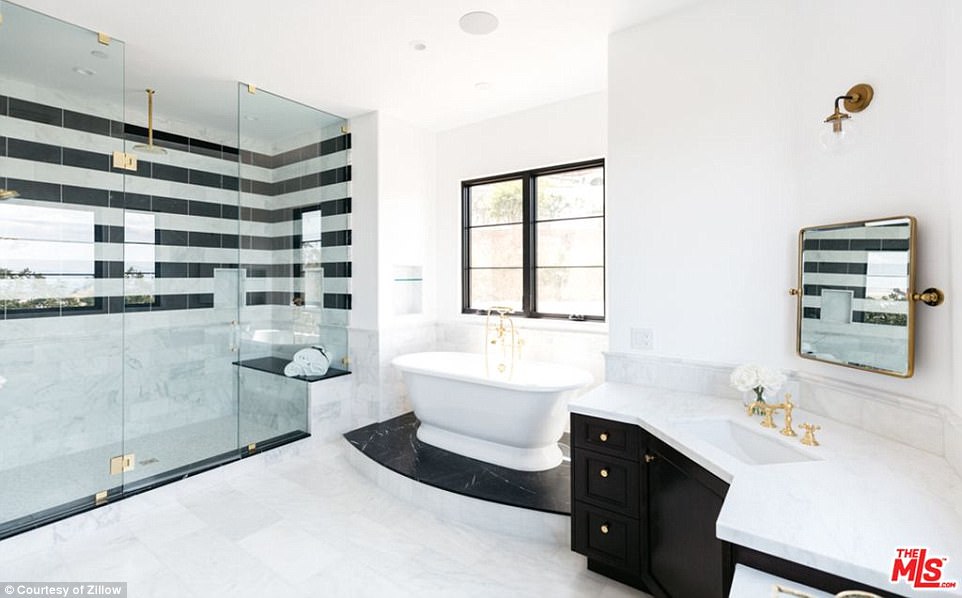 The master bathroom includes a free-standing bathtub, a walk-in shower, and his-and-her sinks 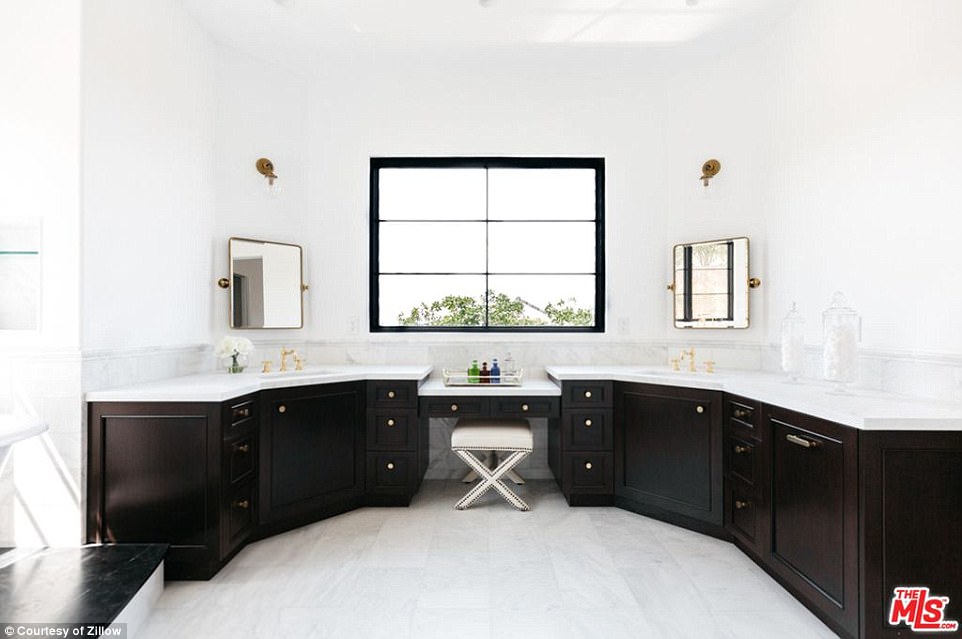 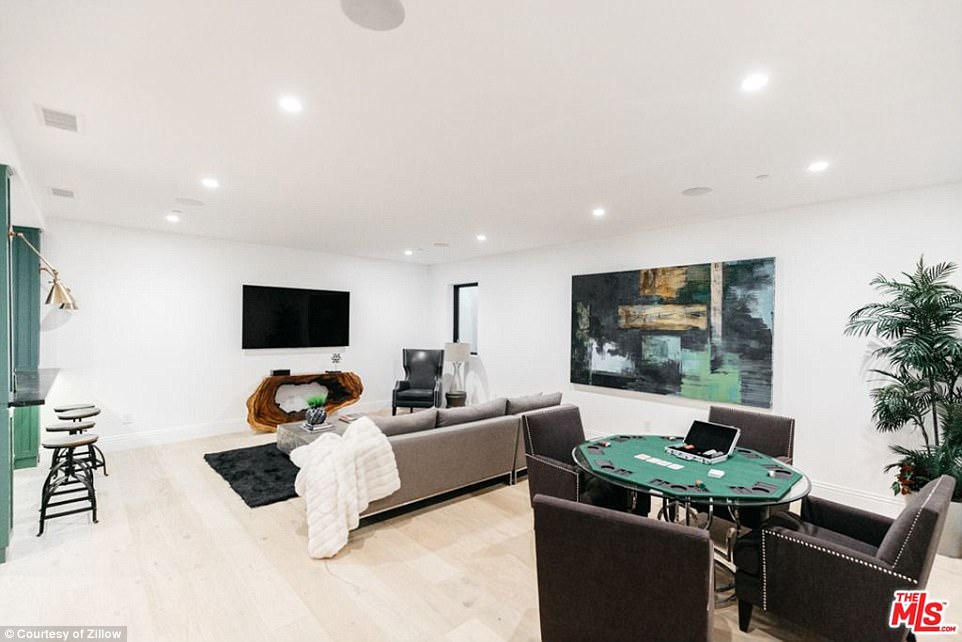 This room in the basement screams game night for Williams and her friends, who include Eva Longoria, Ciara and Kelly Rowland 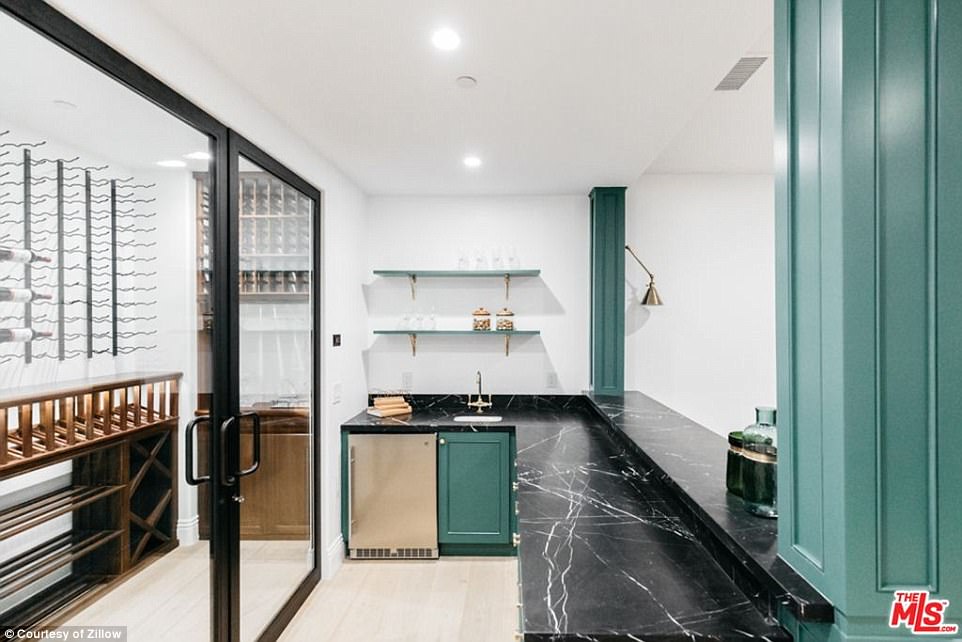 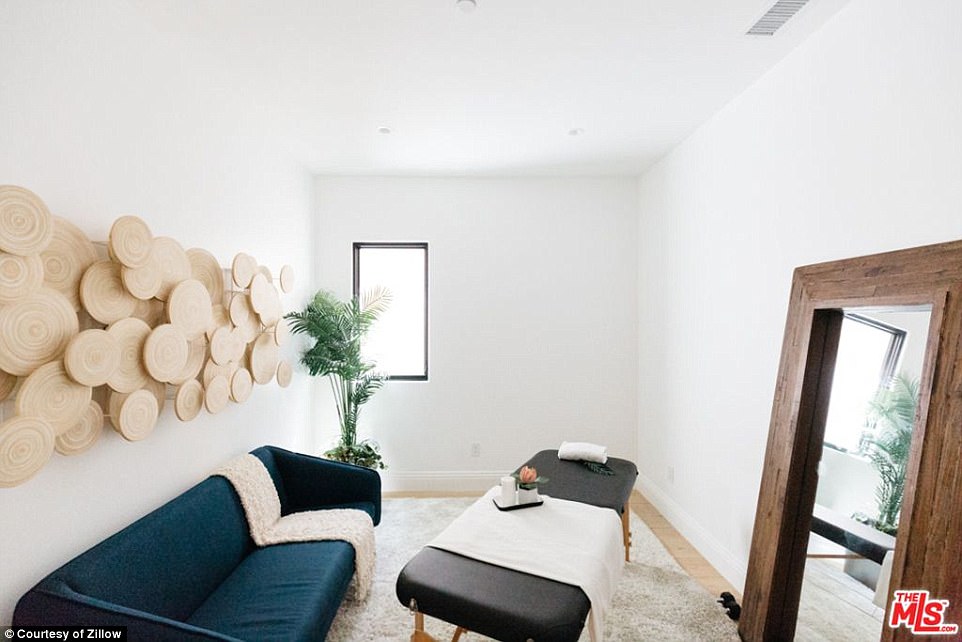 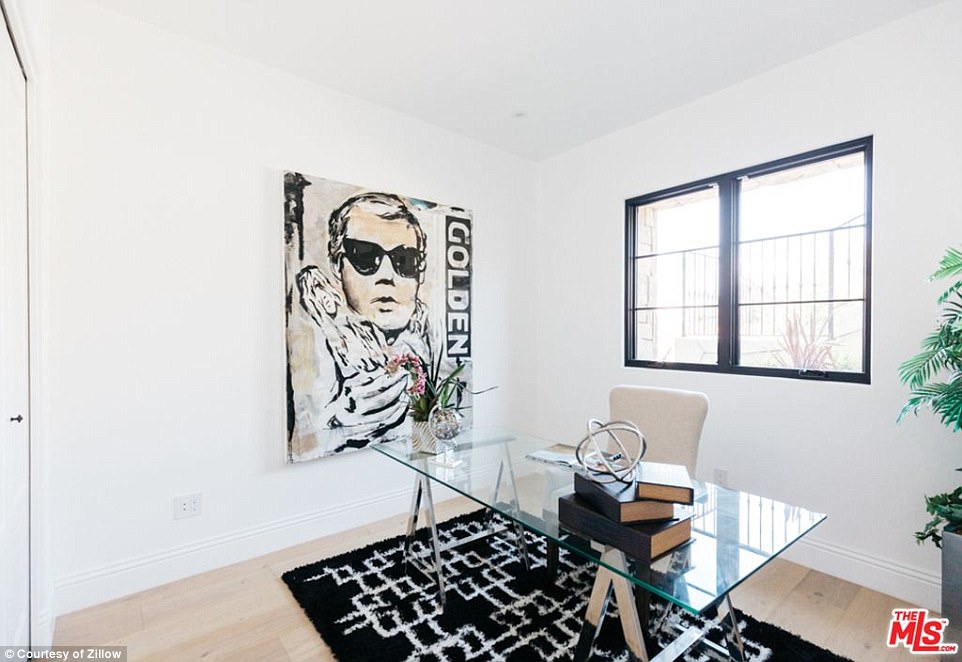 The home’s office lets in a lot of light. Ohanian could use this room to work from when he is away from Reddit’s main offices in San Francisco 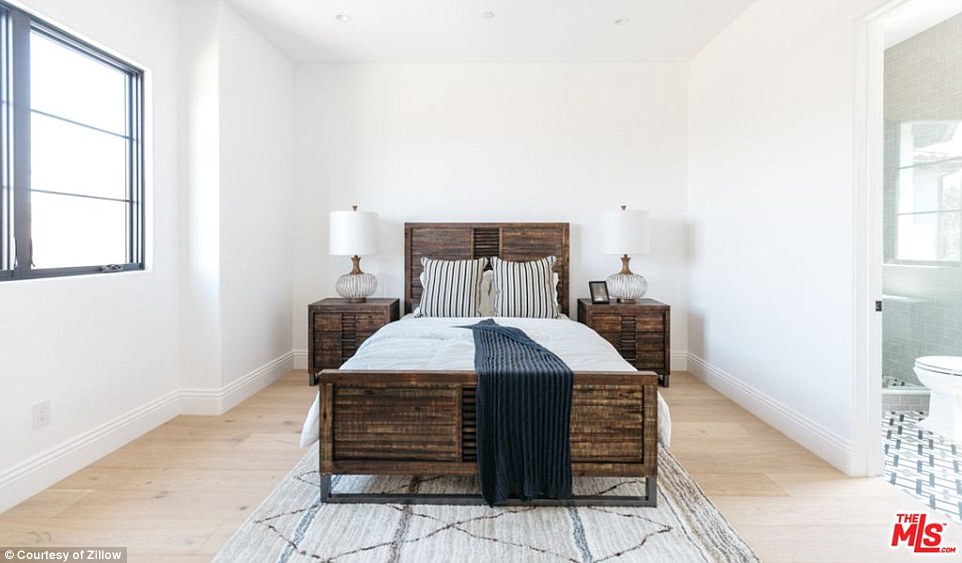 Above, another one of the home’s five bedrooms, which could be turned into a nursery for newborn Alexis 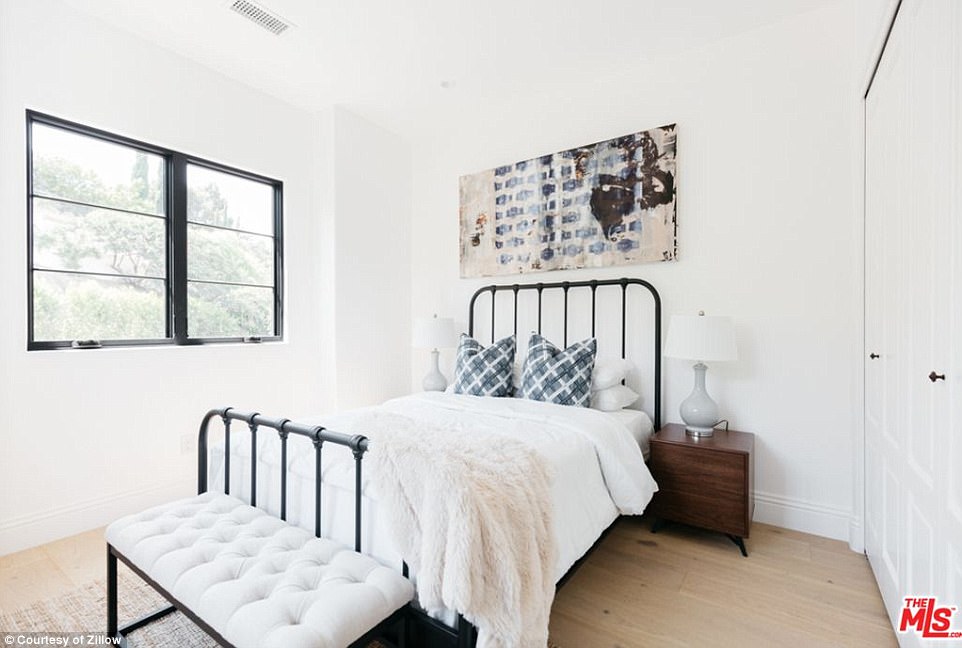 Above, another one of the bedrooms, this one with a view of greenery out the window 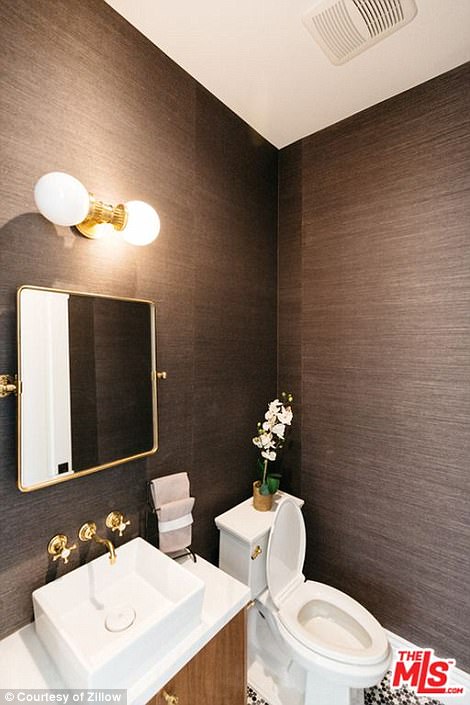 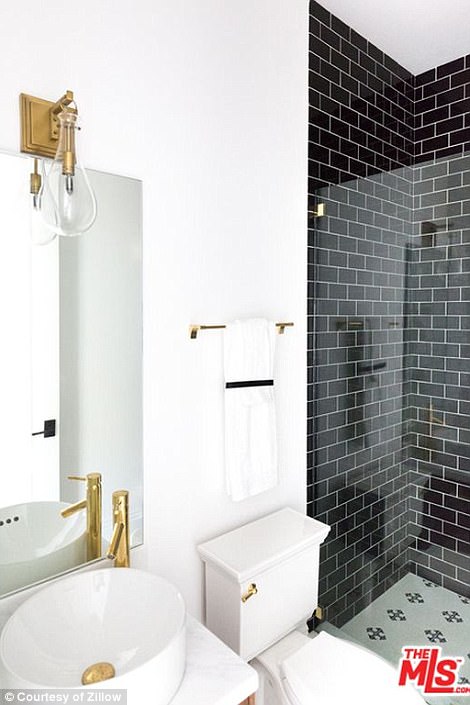 Above, two of the bathrooms in the home which prove you don’t need to be the master of the house to have a spa-like abode 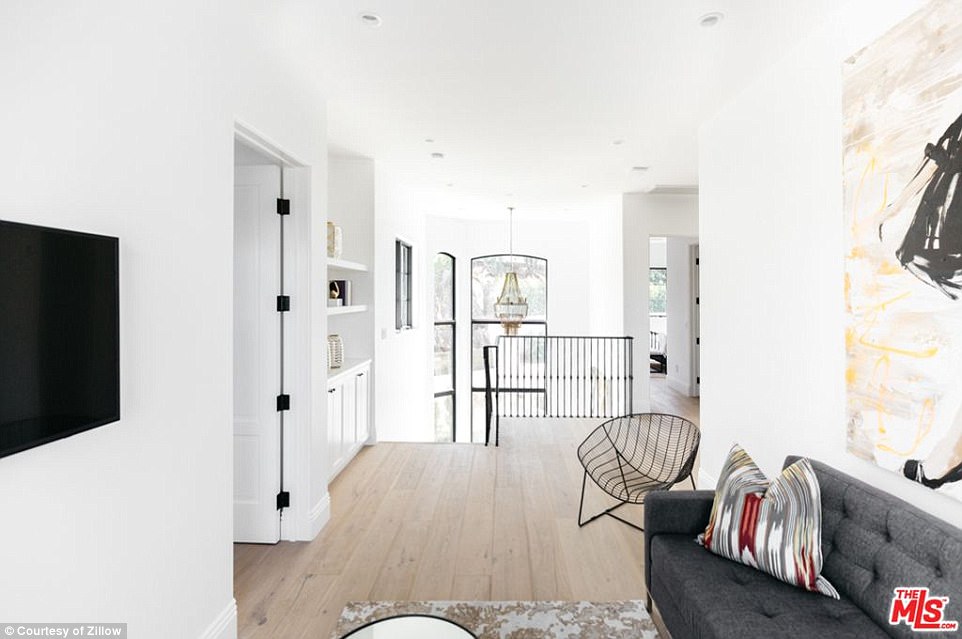 Above, a view of the second floor of the house, at the top of the stair case

According to the listing, the home boasts ‘scenic views spanning the entire valley’ and a backyard perfect for entertaining with a built-in Wolf barbecue and refrigerator, a pool, and a large grassy area.

Upstairs, the master bedroom has a private balcony with stunning views and a private bathroom with a large tub and walk-in shower.

Other features of the home include a wine cellar, custom cabinetry, custom plaster fireplaces, a yoga room, marble counter tops, and mosaic flooring.

Williams’ old home was slightly larger at 6,101 square feet, and one additional bedroom. It’s currently listed for $11.995 million. Neither of the homes have a tennis court for Williams to practice on. 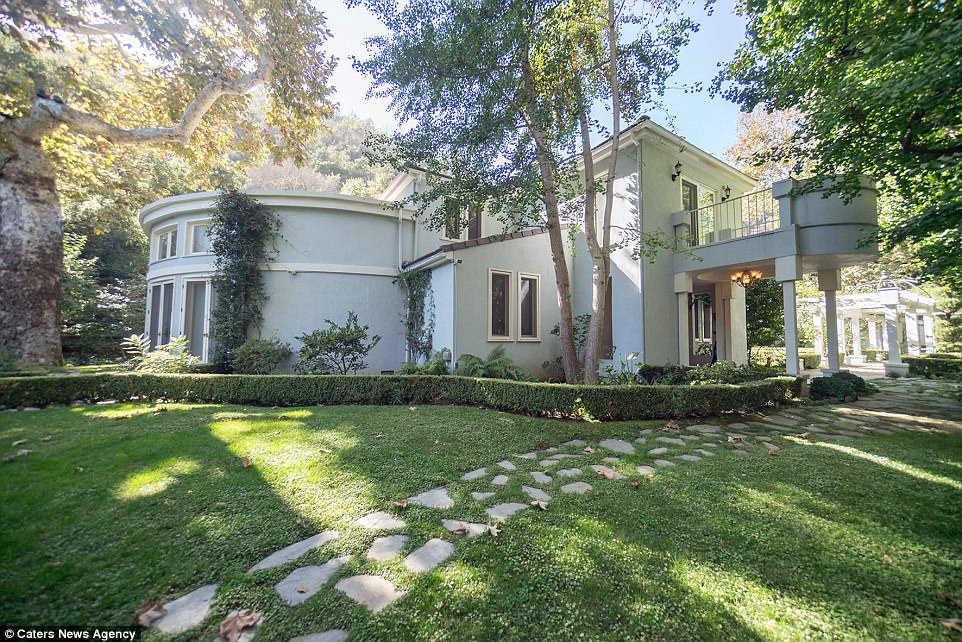 Williams’ old home (pictured above) was slightly larger at 6,101 square feet, and one additional bedroom. It’s currently listed for $11.995 million. Neither of the homes have a tennis court for Williams to practice on.