Serena Williams carries her daughter Alexis in a car seat

She’s one of the most celebrated athletes in the world – and a proud new mom.

Serena Williams on Thursday looked fab as she walked with her baby daughter, Alexis Olympia Ohanian Jr., in a Nuna PIPA lite car seat in West Palm Beach, Florida, in these newly-released shots.

Serena, in these shots snapped last week, had her locks down and parted, wearing an ash grey top and matching leggings with white trainers. The 36-year-old beauty welcomed the adorable baby girl September 1 with her fiance, Reddit mogul Alexis Ohanian.

The curvy, 5ft9 athlete has been documenting her early days of motherhood via social media, with a plethora of selfies, clips and anecdotes for her fans around the world. She’s also set up an Instagram account for the baby girl, which has already amassed more than 86,000 followers.

Some of the moments are light and humorous, as the women’s tennis stalwart wrote on her Twitter account Saturday: ‘I hate to throw my daughter under the bus… but she farts really really really loud.’

Others have been touching, as the world-class athlete has mused about taking on the responsibilities of parenthood. 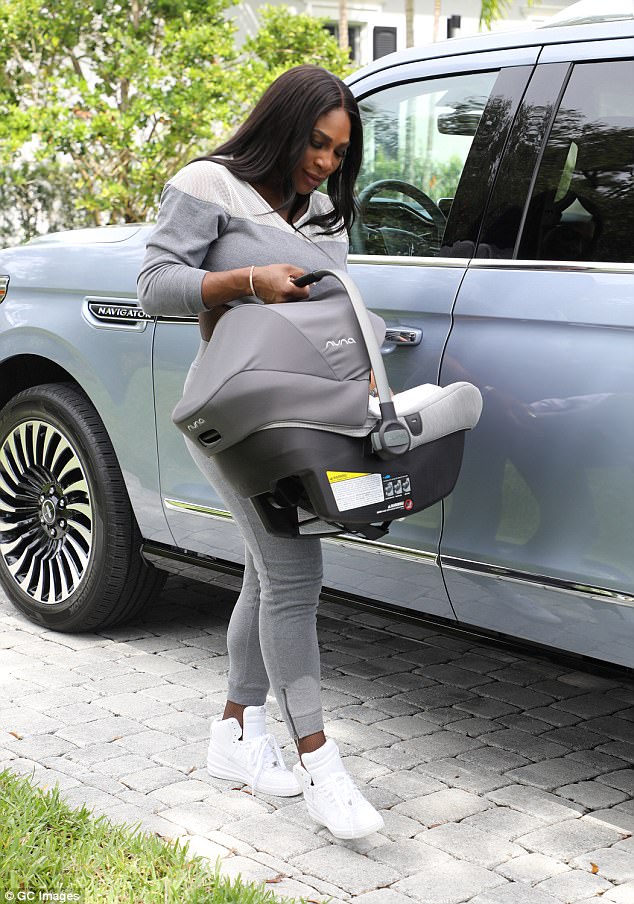 Doting: The tennis champion checked in on her tot, who she welcomed September 1 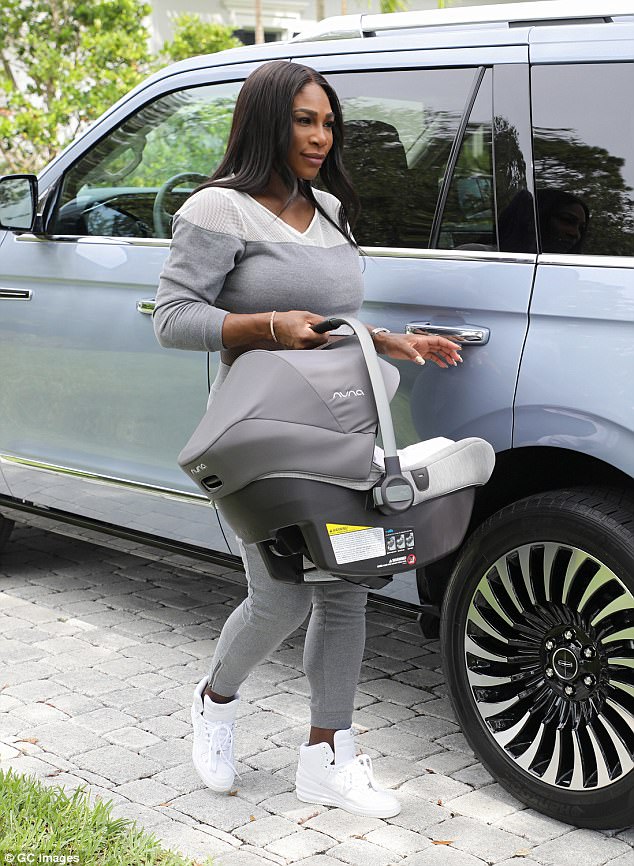 Sharing is caring: The stunning star has been taking to social media as of late to document her early days of parenting

‘It’s very weird for me to believe I have a child… a KID. I’m a mom. A real MOM,’ she wrote on September 18, writing 10 days later, ‘I’m having a hard time posting about anything that does not involve Alexis Olympia or something to do with her.’

That same day, she informed her fans that her daughter’s ‘initials are AO as in the Aussie open she won with me,’ in reference to the fact that she was expectant this past January when she prevailed at the Australian Open, triumphing over her sister Venus in the finals. 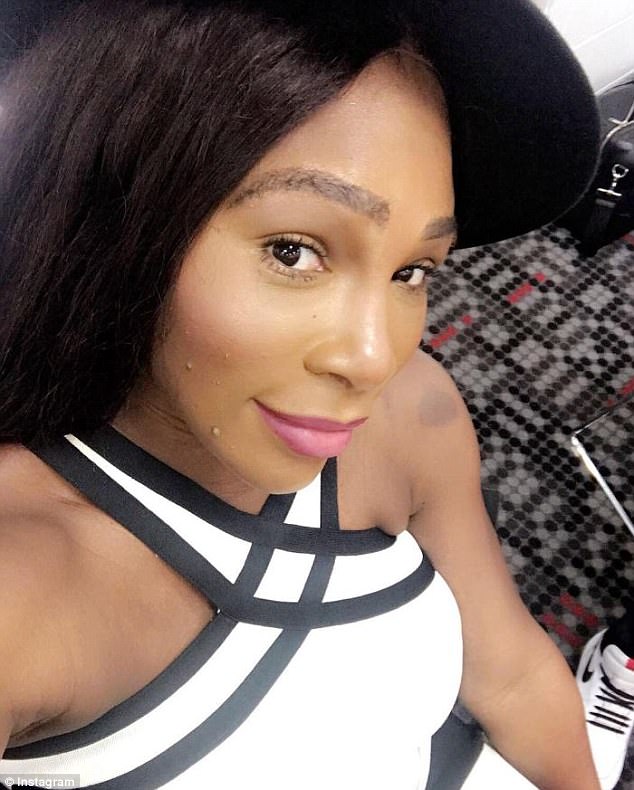 Gorgeous: The 5ft9 athlete looked amazing in a selfie she snapped earlier this week 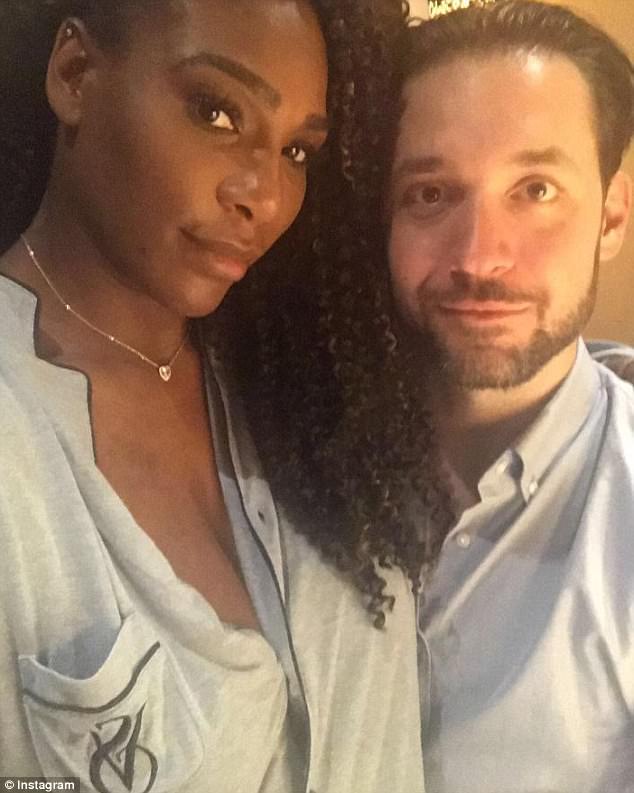