‘You are amazing, you are so young, don’t cry’: Serena Williams delivers heartwarming message to 18-year-old Dayana Yastremska as she consoles opponent after Australian Open win

Serena Williams produced one of the most heartwarming moments of the Australian Open following her third-round victory over Dayana Yastremska.

Williams put on a typically impressive performance as she powered past her Ukrainian opponent, giving away just three games in the process.

When the pair embraced at the net, Yastremska burst into tears as the reality of her crushing defeat sank in. 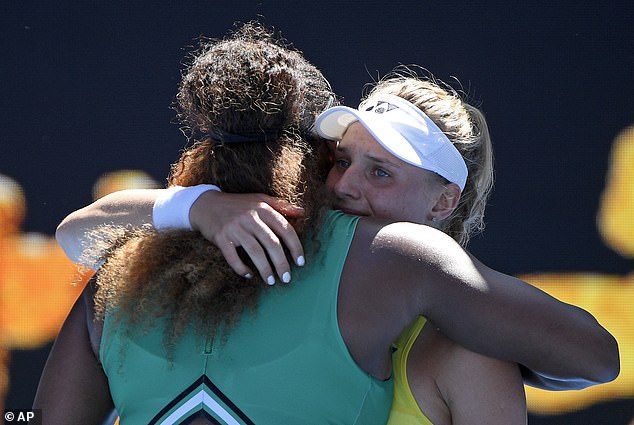 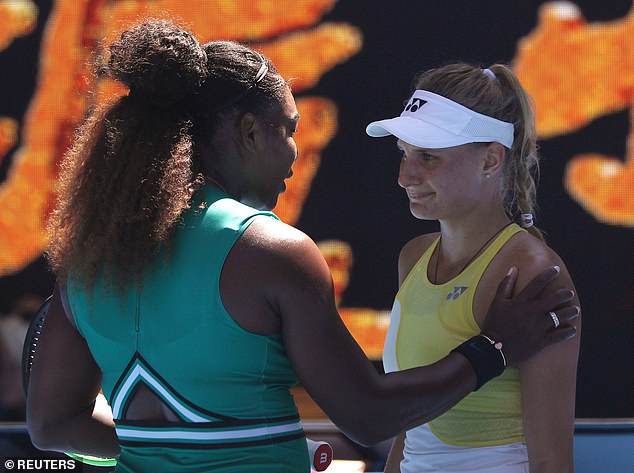 Williams said to her when they met at the net: ‘You are amazing, you are so young, don’t cry’

But the 23-time Grand Slam winner was gracious in defeat and offered a few choice words of advice for the 18-year-old.

‘You are amazing,’ Williams said, ‘you are so young, don’t cry.’

To put things into context, Yastremska he was born in 2000, the year after Serena won her first major, and grew up cheering for someone she calls ‘a legend’.

Yastremska recalls swinging her racket in the living room at home while watching on TV as an eight-year-old as her favourite player competed.

But on Saturday, she was standing opposite Williams and swinging her racket. Unfortunately, it wasn’t nearly enough to stop the 37-year-old easing to victory.