After a longer wait than usual following the New Year, the Australian Open has finally got underway with Serena Williams the star attraction during the opening matches.

Williams booked her place in the second round of the Australian Open thanks to an emphatic straight-sets victory over German Laura Siegemund in just under an hour.

Here, Sportsmail has taken a close look at the biggest talking points from the early action, as more big-hitters get ready to begin their campaign in Melbourne…

There were less than 1000 fans inside Rod Laver Arena when Serena Williams took to the court at lunchtime but the 23-time grand slam champion was unfazed. Sporting a striking pink, orange and black ensemble she dropped her first service game before asserting her authority and taking the next 10 games against the German Laura Siegemund to win in just 56 minutes.

It was an ideal easing into the Open for Williams who looked a step or two off peak match fitness but powered to a routine win from the baseline. The entertainment came post match in the obligatory on-court chat when Williams was given a microphone that towered above her, causing her to arch her head up and back in a Liam Gallagher type stance.

Her age – 39 – will not be an issue this tournament she said citing her admiration for the 43-year-old Tampa Bay Buccaneers’ quarterback Tom Brady. ‘He is super inspiring for me as a 30 something.’ Brady was, at that very moment, on his way to winning a seventh Super Bowl final in Florida. ‘I gotta go, I gotta go,’ Williams told the crowd. ‘I’m American.’ 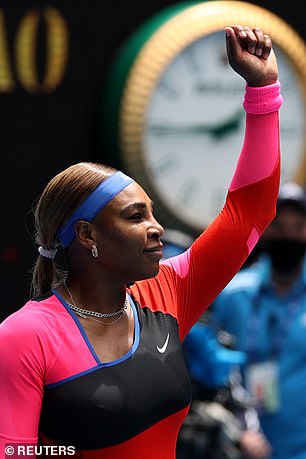 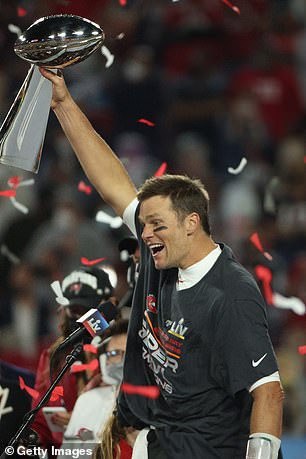 It was 3pm in Melbourne when we saw the first British exit of the tournament, Leicester’s Katie Boulter bowing out in a damp squib of a match in 72 minutes on the remote court 16.

Boulter would have hoped for more against the Russian Daria Kasatkina after beating the precocious Coco Gauff and taking Naomi Osaka to three sets in last week’s tune up tournament. But after missing much of the past two years with a stress fracture of the back and the Covid shutdown, the 24-year-old failed to fire until it was too late, saving four match points at 5-2 down before going down 6-1, 6-4 in a battle that rarely strayed beyond the baseline.

Melbourne Park is impressive indeed but court 16 is a noisy, soulless arena tucked away in the far corner of the grounds and abuts the nearby, and perennially busy, train lines. It was no way for Boulter to end her Australian stay. 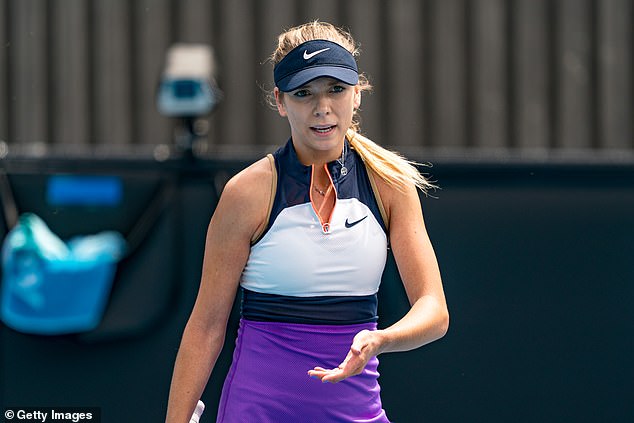 The 2016 Australian Open women’s champion Angelique Kerber put the blame for her straight sets loss to the American Bernarda Pera firmly on being quarantined in a Melbourne hotel room for two weeks straight without any time out to practice.

Kerber, the most amenable of players, was put into hard lockdown after someone unconnected with her tested positive for Covid on her flight into Australia. She was prejudiced she suggested against a player who did not face a similar lockdown and her game was out of sorts accordingly. She hit just seven winners in her 6-0, 6-4 defeat.

‘Of course you feel it, especially if you play a real match where it counts against an opponent who doesn’t stay in the hard lockdown,’ she said. ‘I was not feeling the rhythm that I was before the two weeks. But what can I do? I tried the best out of it.’ Asked if she felt her trip down under had been worth it, a downcast Kerber said that had she known there were two weeks hard quarantine ahead without hitting a ball, ‘maybe I would think twice’.

Day one of the Open invariably sees thousands of fans making their way down from the city centre’s Flinders St station to Melbourne Park. But the rickshaw bicycle rides and merchandise sellers were absent on Monday and social distancing has taken a whole new meaning with the riverside walk almost empty an hour before play began at 11am.

Inside, Melbourne Park was a ghost of previous Opens with the Australian John Millman attracting the most lively crowd in his five set defeat to the Frenchman Corentin Moutet on the outside show court 3. Tennis Australia (TA) will be hoping that bad boys Bernie Tomic and Nick Kyrgios – both scheduled for early evening matches – can raise the heat later.

Time was when TA would have showcased Queenslander Tomic on one its more prominent courts, but no more. Tomic, who unsurprisingly was not given a wild card after his epic rant at Australia’s Davis Cup captain Lleyton Hewitt here two years ago, came through qualifying in Doha to land a spot in round one. Now 28, he reached the quarter finals at Wimbledon in 2019 but is now ranked 228 and faces Yuichi Sugita from Japan. Kyrgios meanwhile, is first up on John Cain Arena, the second biggest and most raucous show court. 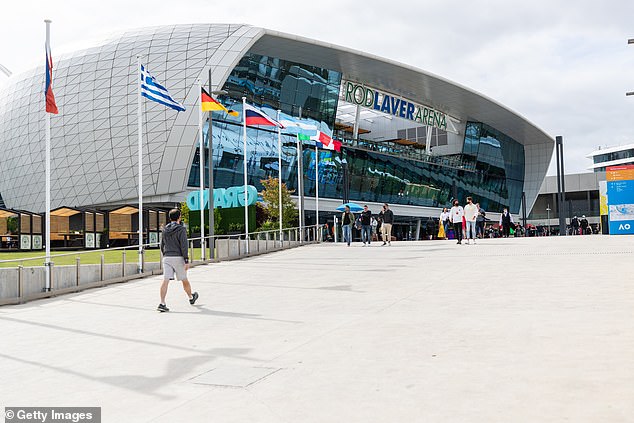 Covid restrictions have ravaged the media with most international journalists choosing not to travel to Melbourne this year. Those who did make the trip will have found the post match interview set-up much changed from previous years.

Capacity has been cut to just 20 people in the main interview room where journalists perch quietly on designated single chairs spaced 1.5 metres apart in what has the look and feel of a first series, Star Trek set. These interviews can be notoriously awkward affairs and a ‘beam me up’ option would perhaps be a welcome option for all.

Remote reporting is perhaps the future though. Once the in situ interrogators have had their say, the questions switch to a digital format as media from across the world loom large on two giant screens for a two way chat. It’s enough to give any player sleepless nights… 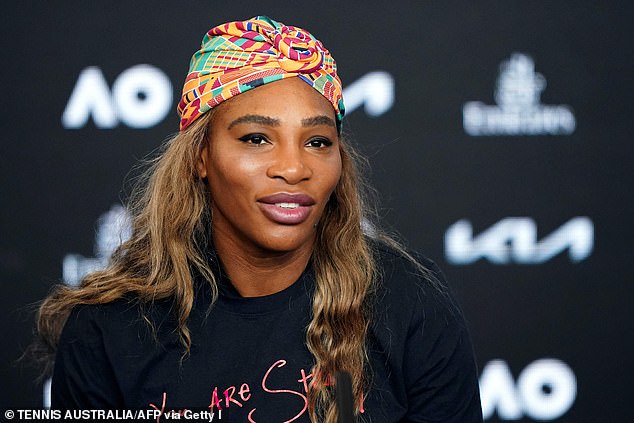