Steady on Serena! Superstar Williams has to make hilarious U-turn at entrance after announcer welcomes ‘world No 1’ (when that is her opponent Halep!)

Having spent a remarkable 319 weeks at No 1 during her career, it’s a gaffe that is actually perfectly understandable.

But Serena Williams was still left feeling embarrassed as she accidentally walked out on court ahead of Simona Halep at the Australian Open when the court announcer presented the ‘world No 1’.

Romanian tennis star Halep is currently top of the world rankings with American Serena down in 16th place.

Serena Williams suffered an embarrassing gaffe before her game at with Simona Halep at the Australian Open. Hearing the announcement ‘world No 1’ she walked out to the court 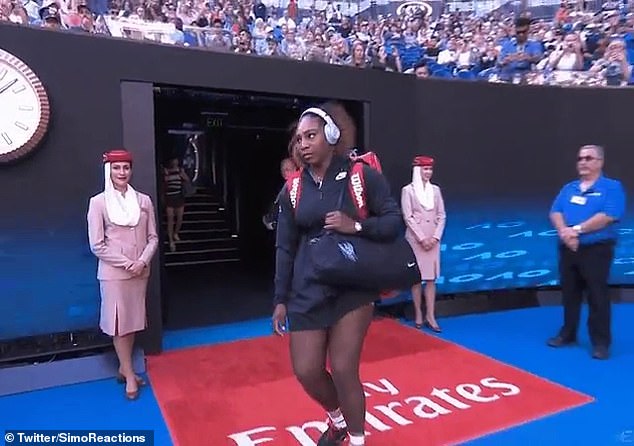 Unfortunately that was meant for her opponent Halep, meaning Williams, the current No 16 in the world, had to perform an embarrassing u-turn 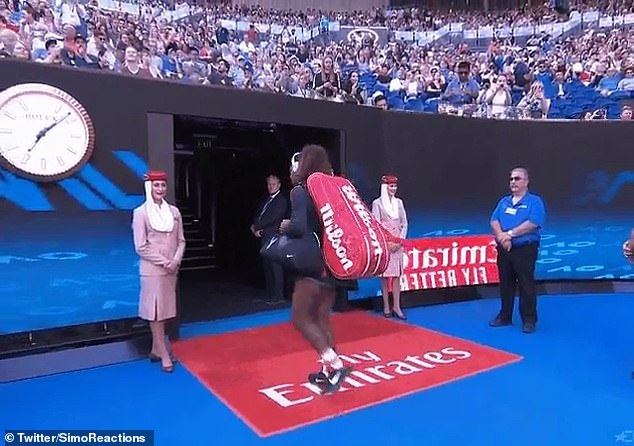 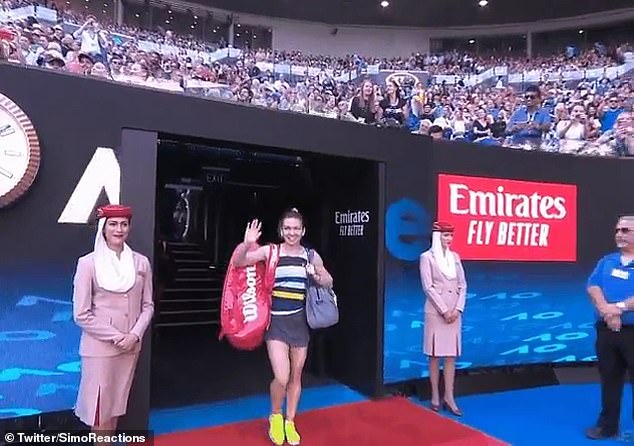 Moments later, Romanian world No 1 Halep took to the court with a broad smile on her face

The two players had made the walk from the changing rooms ahead of the fourth round match and were standing together waiting to be introduced onto the Rod Laver Arena.

When the announcer said ‘please welcome world No 1’, Williams, who was wearing headphones, walked out into the court before remembering her ranking and performing a red-faced U-turn.

Halep, smiling at her opponent’s mix-up, walked out and waved to the crowd moments later.

American star Williams, 37, occupied the world No 1 ranking on eight separate occasions between 2002 and 2017 for a total of 319 weeks altogether. 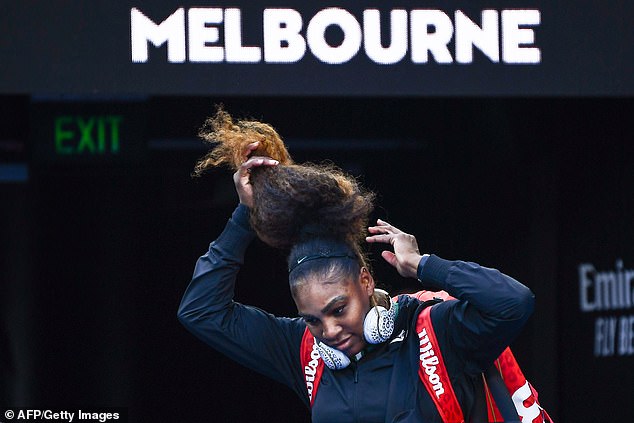 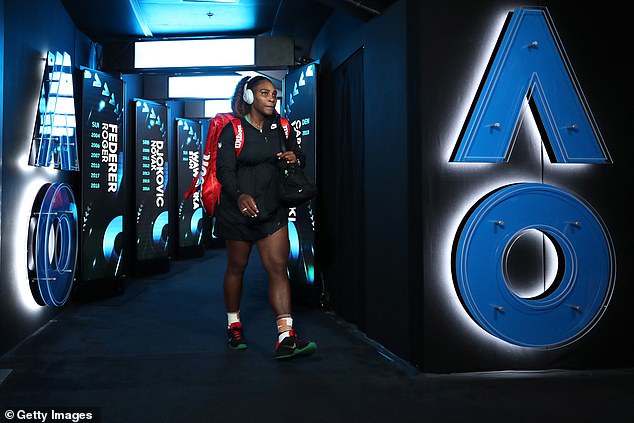 The American is currently ranked No 16 in the world, while Halep is the reigning world No 1 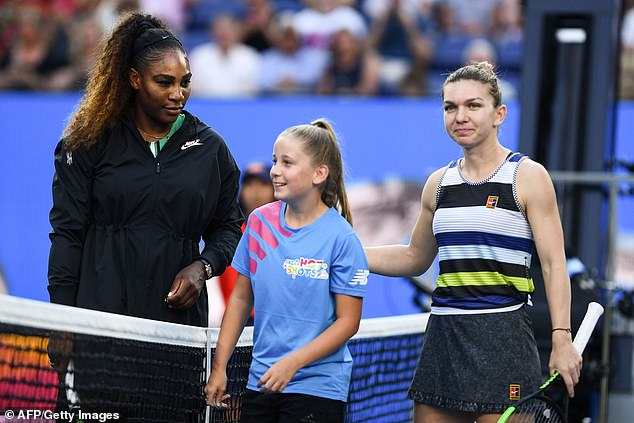 On the sixth occasion, she was top of the charts for 186 consecutive weeks, equalling the record set by Steffi Graf.

Her grand total of 319 puts her behind only Graf and Martina Navratilova in tennis history.

Williams took a step back from tennis when she had daughter Alexis Olympia Ohanian Jr with husband Alexis Ohanian, the co-founder of Reddit, in September 2017.

Obviously Williams slipped down the tennis rankings as she missed a number of tournaments during her maternity leave.

But she has steadily climbed back to a place among the elite of the game following her return to the court last year.