Serena Williams pulls out of the China Open

Serena Williams has withdrawn from the China Open in Beijing, ending her 2018 season.

The American tennis legend, 37, pulled out of the famous match on Friday. The China Open is one of the women’s tour’s mandatory events, which she’s won twice in 2003 and 2014.

This is the fourth year in a row that Williams has declined to play in a tournament following the U.S. Open.

William’s sister Venus also did not appear on the list of 64 players ahead of the start of the tournament next week.

Serena Williams, 37, has pulled out of the China Open it was revealed Friday, ending her 2018 season 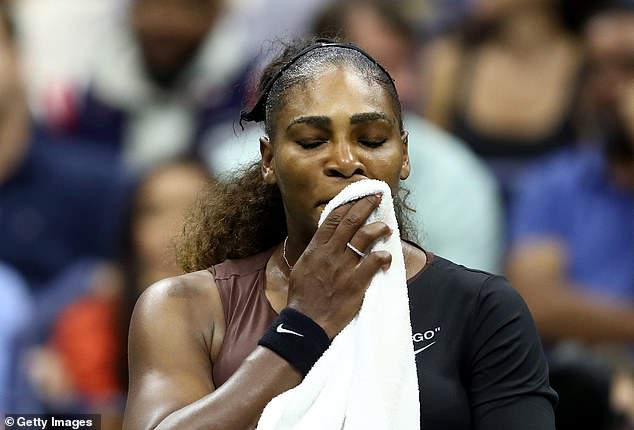 This is the fourth year in a row that tennis legend pulled out of the China Open tournament. Her last match was three weeks ago at the U.S. Open

Her withdrawal will wrap up her 2018 season, making her U.S. Open meltdown three weeks ago her last time on the court where she lost 6-2, 6-4 to Japan’s Naomi Osaka.

In the game Umpire Carlos Ramos issued a game penalty to the US star accusing her of getting coached from the side lines.

Furious with the accusation, Williams smashed her racket on the ground and was docked a point then lost the game.

The 23-time Grand Slam winner screamed at Ramos: ‘Every time I play here, I have problems. I did not have coaching, I don’t cheat. You need to make an announcement. I have a daughter and I stand for what’s right. You owe me an apology. 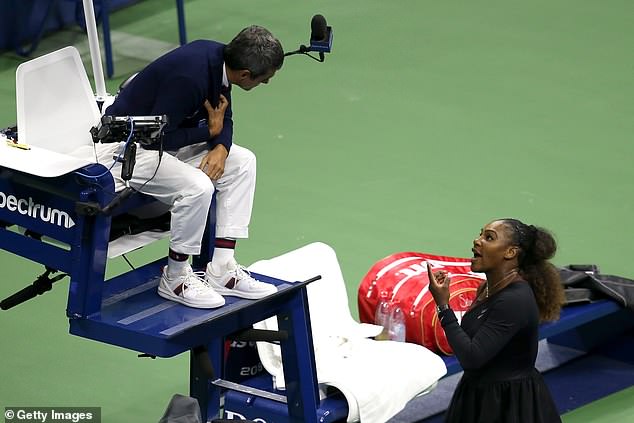 In the heated match she had a melt down following Umpire Carlos Ramos’ accusations that she was being coached from the sidelines. Williams demanded an apology 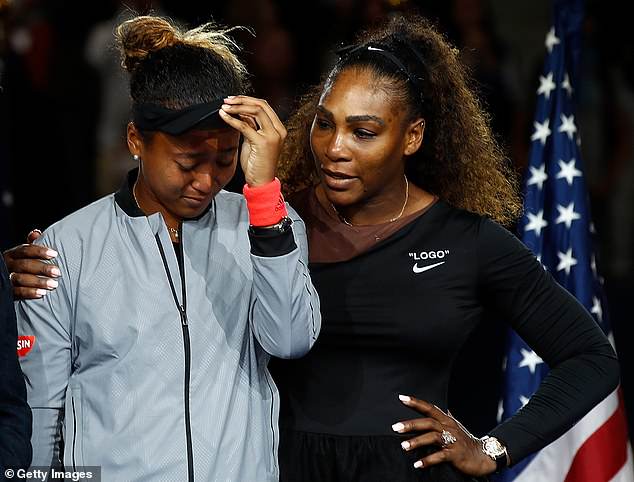 The U.S. open final on September 8 was her last match where she lost 6-2, 6-4 to Japan’s Naomi Osaka, pictured in tears above

‘How dare you insinuate that I was cheating? You stole a point from me. You’re a thief too. ‘

She was given three code of conduct violations in the match.

Following the match the 23-time Grand Slam singles champion said she wanted to ‘move on’ from the match.

But she’s remained a strong voice rallying for women to be treated equally in the sport world, adding that women players can’t get away with ‘even half of what a guy can do’.

‘Right now we are not, as it’s proven, in that same position,’ she told Australia’s Channel Ten.

‘But that’s neither here nor there. I’m just trying most of all to recover from that and move on,’ she added. 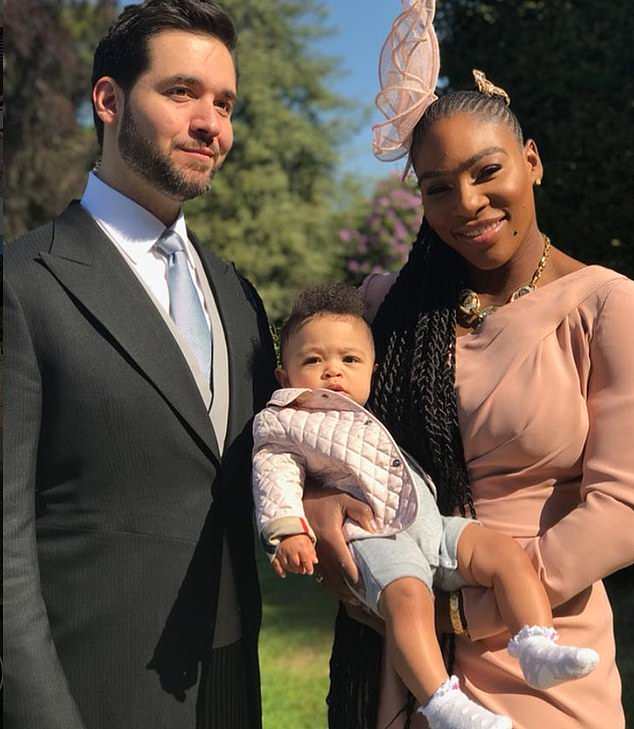 Williams is currently ranked No. 16 in the world and is expected to return to the court at the Australian Open in January. Williams pictured above with husband Alexis Ohanian and daughter Alexis Olympia Ohanian Jr

The episode polarized tennis with many expressing sympathy for Williams, while others said her behavior was out of line.

Osaka was in tears during the victory ceremony for her first Grand Slam win as boos rang out from the New York crowd, prompting Williams to call for calm.

Williams said she felt ‘on the cusp of this amazing moment’ at the U.S. Open before the straight-sets loss to Osaka, 20, who stunned her childhood hero.

For the past four years Williams hasn’t played in a tournament following the U.S. Open citing an injury, taking time off, and caring for her baby Olympia.

The biggest event left on the 2018 calendar is next month’s elite, eight-player WTA Finals in Singapore. Williams is currently 11th on the Race to Singapore rankings.

The tennis star returned to the circuit in March, her first time after welcoming her first child. She reached the French Open last 16 before pulling out injured and she lost the Wimbledon final to Angelique Kerber.

Williams is currently ranked No. 16 in the world and is expected to return to the court at the Australian Open in January.