Serena Williams made her return to grand slam competition on Tuesday in true fierce style as she donned a figure-hugging black catsuit for the French Open.

And after seeing off her opponent Kristyna Pliskova 7-6, 6-4, she took to Twitter to reveal the inspiration behind the daring look.

‘Catsuit anyone? For all the moms out there who had a tough recovery from pregnancy – here you go. If I can do it, so can you. Love you all!!’

The tennis champion, who had to undergo an emergency c-section with her daughter Alexis Jr last year, developed multiple blood clots after the delivery and nearly died from complications.

Serena, 36, previously revealed that she had almost died from serious complications after giving birth to her first child Alexis Jr

Fans were delighted by the post, and promptly labelled the champion athlete a ‘superhero’ for her post.

Serena Williams, 36, has revealed why she was inspired to wear a black catsuit for her return to the French Open, saying she did it for other mothers who have struggled to recover from birth 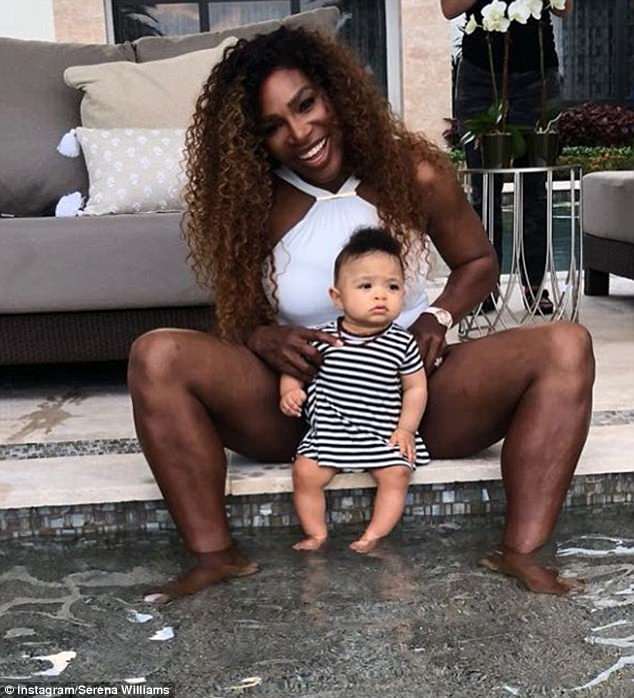 Earlier this year, Serena opened up about her difficult birth, explaining that small blood clots were discovered on her lungs soon after she gave birth.

A pulmonary embolism resulted in bouts of coughing so severe that her cesarean wound reopened.

She was dealt with another blow when doctors discovered a large hematoma and she was bedridden for six weeks. 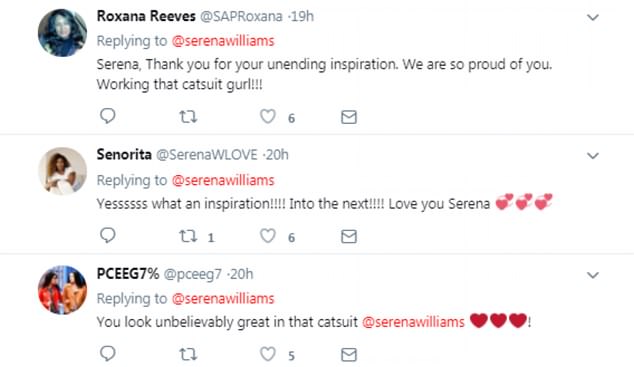 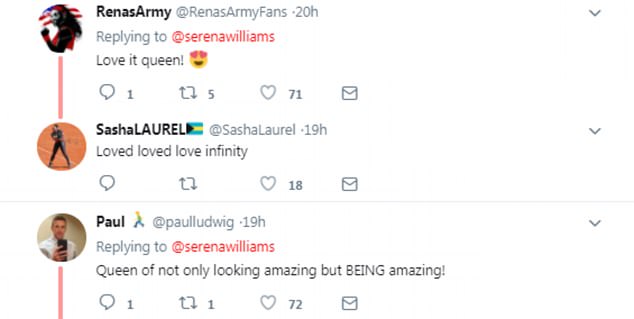 It has been just nine months since Serena gave birth to her daughter Alexis Olympia Ohanian Jr., saying from the start of her pregnancy that her goal was to get back on tour — but not until she knew that she could win.

Williams, the greatest female tennis player of all time, made her return to grand slam competition on Tuesday at Roland Garros, and she made it clear she is still a force to be reckoned with on the court. 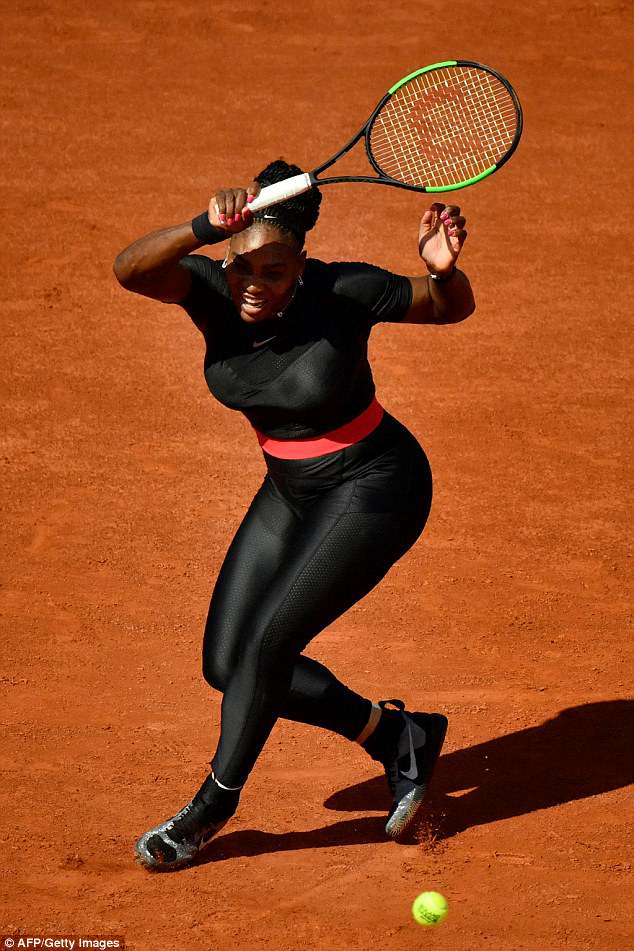 The tennis champ revealed that she wanted to show all new mothers that they too can bounce back, after she battled through a difficult recovery to return to the court