Serena Williams has hit back at rumors that she played beer pong at the royal wedding, insisting the story is ‘not even remotely true.’

The 36-year-old tennis legend watched her friend Meghan Markle say ‘I do’ to Prince Harry on May 19, and while she scored a highly-coveted invite to the private evening reception, the party wasn’t as wild as some made it out to be.

Although multiple outlets reported that Williams dominated beer pong at the star-studded reception held at Frogmore House, she set the record straight after playing in the French Open on Tuesday.

Fake news: Serena Williams (pictured ahead of Meghan Markle and Prince Harry’s reception) has shut down rumors that she played beer pong at the royal wedding

False: Although she wore sneakers with her Valentino gown, the tennis star insisted that reports she dominated beer pong at the star-studded reception are ‘not even remotely true’

‘Not even remotely true,’ she said of the story, adding: ‘I don’t even drink beer.’

The popular drinking game, in which players throw table tennis balls into cups of beer which other guests then have to drink, was rumored to be one of the many US influences at the wedding.

However, Williams made it clear that neither she nor anyone else was playing beer pong at the royal wedding.

‘Among other things, Serena insists that ‘there was no beer pong’ at the royal wedding,’ tennis writer Christopher Clarey tweeted on Tuesday during the press conference.

And while some will be disappointed to hear that Williams has denied the claims, she admitted that she and her husband, Alexis Ohanian, had ‘a big laugh’ about the beer pong report.

Williams, the greatest female tennis player of all time, made her return to grand slam competition on Tuesday at Roland Garros, and she made it clear she is still a force to be reckoned with on the court.

Williams, who has never shied away from making a sartorial statement on court, appropriately wore a catsuit on court for her big return. Should her latest comeback go as planned, she will return to the number one ranking for the ninth time in her career.

‘All the moms out here that had a tough pregnancy and had to come back and try to be fierce in the middle of everything, that’s what this represents,’ Williams said after the match.

‘You can’t beat a catsuit, right?’

The catsuit could bring good luck too, as a previous version by Puma was debuted by Williams at the 2002 US Open en route to her first of two Serena Slams. 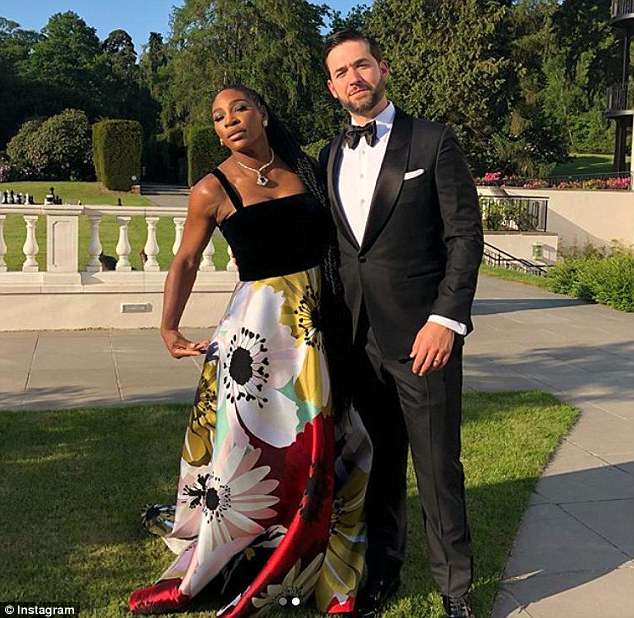 Laughing it off: ‘I don’t even drink beer,’ Williams said, but she admitted she and her husband, , Alexis Ohanian (pictured), had ‘a big laugh’ about the rumor 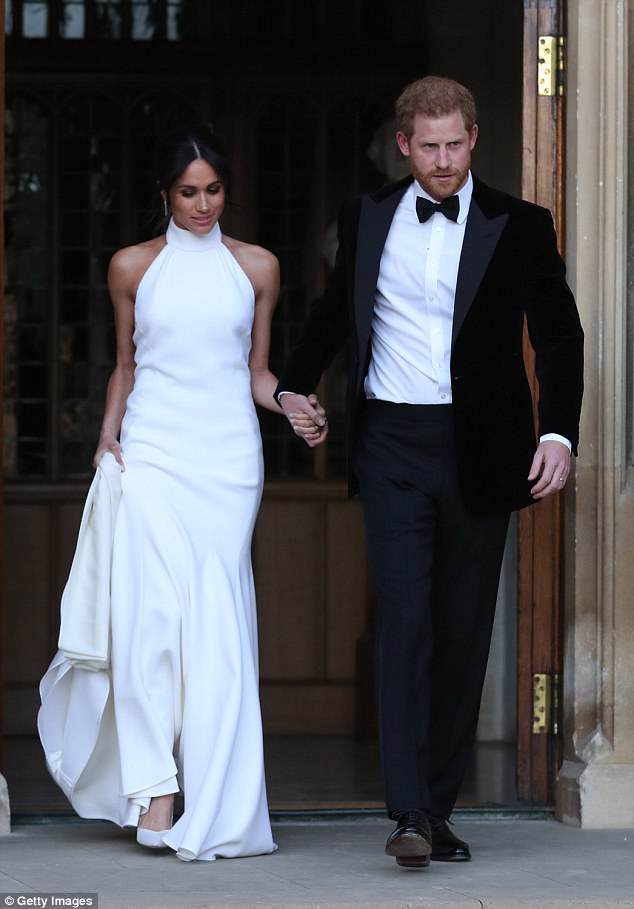 It was an upset of sorts for Williams, who is currently ranked 453rd on the tour while Pliskova is 70th in the world.

She is the twin sister of sixth-seeded Karolina Pliskova, who in 2016 joined the very short list of players to defeat both Williams sisters in the same tournament at the US Open.

The fact that the athlete who holds almost every single Open Era record will now have to once again fight her way back to the top has been a topic of controversy for many, though Williams has remained largely quiet on the subject.

Among those who have voiced their support for a change in the rules is Ivanka Trump, whose concern for the relationship between mothers and their children has been called into question by some given her father’s immigration policy.

‘Two years has been a really long time,’ said Williams in her post-match interview on court Philippe Chatrier.

‘But I trained really hard on the clay, and I feel good, and I’m just happy to have won a match here. And I just take it a day at a time.’

It was not one of Williams’ greatest matches, but she proved that her serve is still lethal and looked to be in better shape then she had been earlier this year. 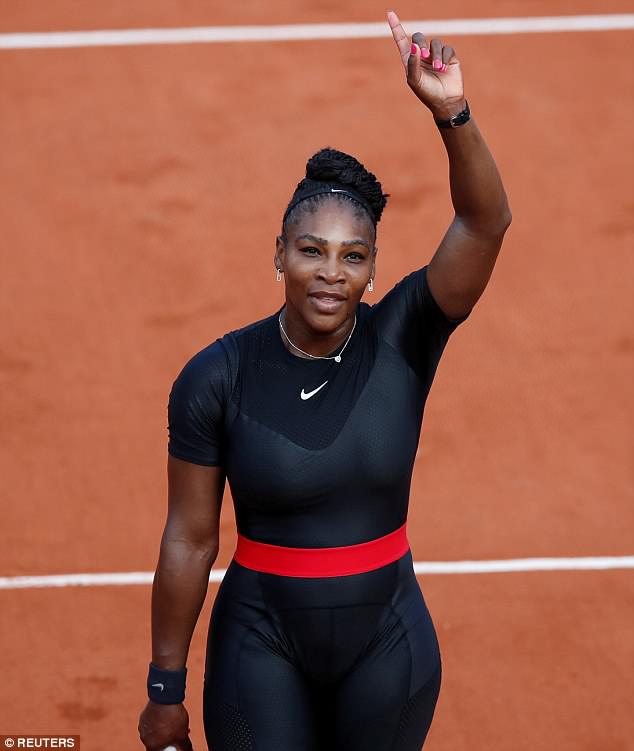 Rolling at Roland: Williams defeated Kristyna Pliskova 7-6, 6-4 in the first round of the French Open on Tuesday 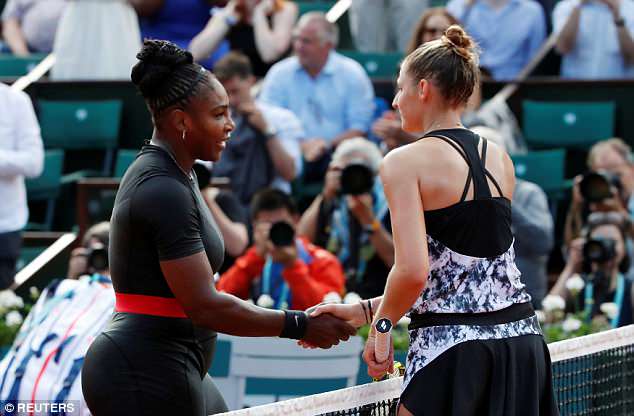 Greatest in Garros: It was an upset of sorts for Williams, who is currently ranked 453rd on the tour while Pliskova is 70th in the world 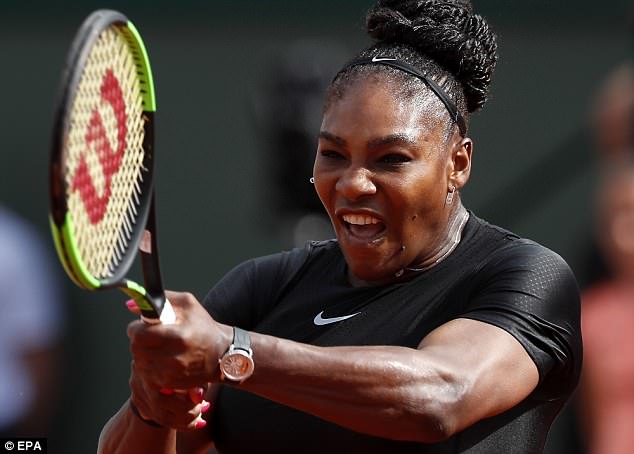 Wham bam thank you ma’am: It was not one of Williams’ greatest matches, but she proved that her serve is still lethal and looked to be in better shape then she had been earlier this year

It has been just nine months since Serena gave birth to her daughter Alexis Olympia Ohanian Jr., saying from the start of her pregnancy that her goal was to get back on tour — but not until she knew that she could win.

Among those cheering Williams on were her husband, who has been by Williams’ side since the two first met three years ago just before the French Open in Rome.

The two have been in Europe for the past two weeks, and last weekend they stopped by a friend’s wedding in London.

And while Williams has been off the court for much of the past 18 months, there has been no lack of excitement in her life.

She and Ohanian had only just announced their engagement in 2016 when Serena learned she was pregnant.

Ohanian did this by whisking Williams way to Rome as a tribute to their first meeting.

The pair later detailed their romance in an interview with Vanity Fair, which began when Ohanian refused to move from a table Serena had wanted to use for her group while they ate breakfast.

Williams shared the news on Reddit by posting a poem, writing: ‘At the same table we first met by chance / This time he made it not by chance / But by choice / Down on one knee / He said 4 words / And I said yes.’

Baby Alexis came in September, and in November the couple married in New Orleans.

Prior to the 2017 Australian Open the two did not realize that Williams was pregnant, and she initially refused to even take a pregnancy test when her friend recommended it just three days before the start of the tournament last January. 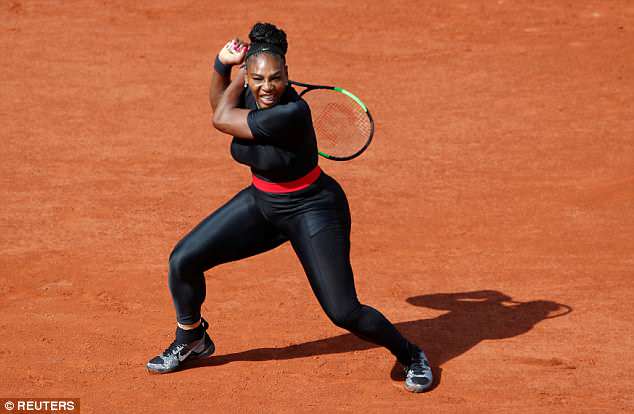 Nine lives: Williams, who would returns to the number one ranking for the ninth time if all goes as planned, wore a catsuit for her grand slam return 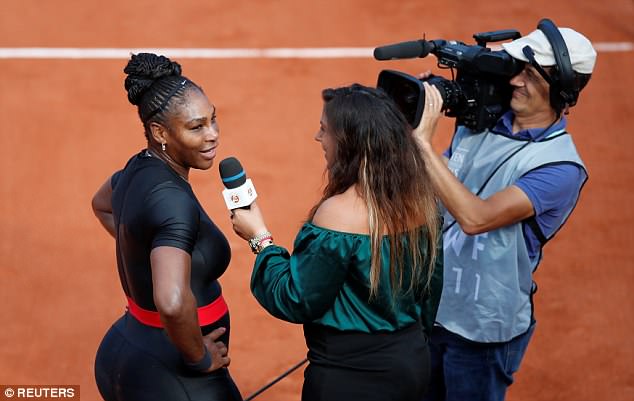 Meow-ser: ‘You can’t beat a catsuit, right?’ Williams said to the crowd in her post match interview on Philippe Chartier 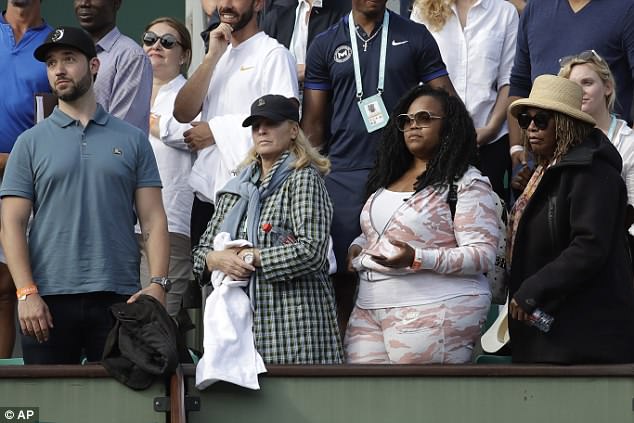 Williams’ initial response to her test was shock and concern about how she was going to be able to play in the grand slam just a few days later, as well as fears about whether she would be able to take part in – and win – Wimbledon in July, which she said had been her big goal for the the year.

That first hurdle proved to be no real challenge for Williams, who spent the following two weeks handily dispatching of each and every competitor she face down in Melbourne, ending with a win in the finals over her sister Venus.

Williams’ older sister Venus was one of the few who knew she was pregnant at that time, a secret that she kept private for weeks; after revealing her news to the world, however, Williams remained in shape, and continued to train – putting paid to rumors that the birth of her first child would mark the end of her professional tennis career.

‘It’s hard to figure out what the end of your tennis career should look like,’ she said at the time.

‘I used to think I’d want to retire when I have kids, but no. I’m definitely coming back. Walking out there and hearing the crowd, it may seem like nothing. But there’s no better feeling in the world’

She then added: ‘Obviously, if I have a chance to go out there and catch up with Margaret, I am not going to pass that up. If anything, this pregnancy has given me a new power.’

The ‘Margaret’ she refers to is Margaret Court, who has won 24 Grand Slam championships as opposed to Williams’ 23 in women’s singles.

It is a record of lesser importance than the 22 wins Steffi Graf had which, like Williams’ were all in the open era.

Court won most of her championships before 1968 and 11 came at the Australian Open during a time when the top players did not compete in the tournament.

Williams will now have a chance to tie that record should she win in Paris, only this time with Alexis Jr. watching on and not in her stomach like last year.