Serena Williams storms through to the Australian Open quarter finals

Serena Williams’ hopes of capturing a record-equalling 24th grand slam title is on track after she stormed through to the Australian Open quarter finals.

Williams defeated Aryna Sabalenka, of Belarus, 6-4, 2-6, 6-4 on Sunday wearing her eye-catching one-legged catsuit that has turned heads at Melbourne Park the past week and set social media alight.

‘I am happy to get through that one,’ Williams said after the grueling fourth round encounter. 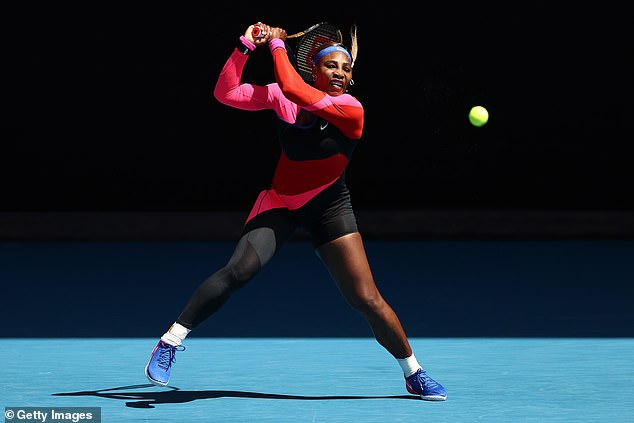 Williams, a seven-time Australian Open champion, battled through the match against the world number seven.

The 39-year-old American, 17 years older than her rival, was up 4-1 in the third set but withstood a fierce fightback from Sabalenka to advance after two hours and nine minutes.

With loud grunts from the power pair making up for the absence of fans on Rod Laver Arena, they delivered a high-quality showing in their first ever meeting. 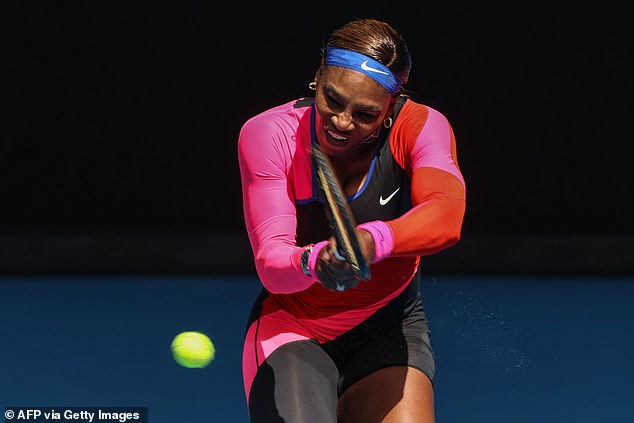 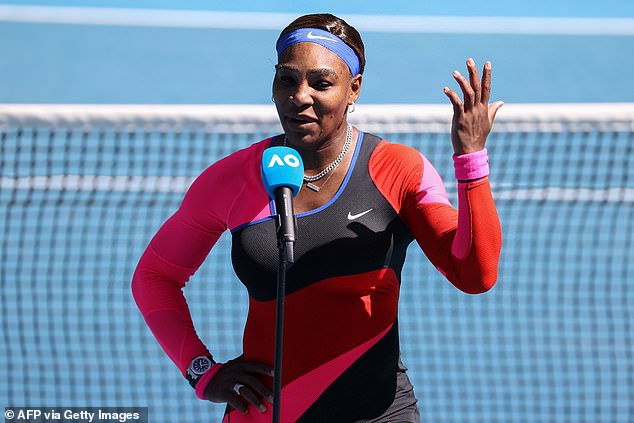 Speaking after the match, Williams said she was ‘happy’ to get through the encounter and book a quarter-final berth

Sabalenka had only reached the final 16 once at a grand slam tournament – the US Open in 2018 – but was one of the form players heading into the year’s first major.

The 22-year-old had won 18 of her past 19 matches, including the WTA 500 title in Abu Dhabi last month which was her third straight title.

After edging her rival in the first set, Williams was broken early and trailed 3-0 in the second and, after falling heavily during the set, the American looked like she could be on the ropes.

But in her usual fashion, Williams came out firing in the third.

‘I lost the second (set) but it was so close, it could have gone either way. I was like “Come on Serena. Come on, you can do this. Just try to stay in there”,’ Williams said.

The hard-hitting Sabalenka rallied back from 4-1 down to level at 4-4 before Williams broke her again to seal the win.