Serge Gnabry always said that he wanted to come back to England at some point, and on Tuesday he will.

The former Arsenal youngster will line up for Bayern Munich against Liverpool at Anfield in the Champions League. Since leaving British shores in 2016, Gnabry has undergone quite the transformation.

When he left Arsenal after five years and returned to his home country, the young German winger appeared to be a cautionary tale of unfulfilled potential. This week, he returns as Bayern’s great white hope, a rare ray of sunshine in what has otherwise been a miserable season. 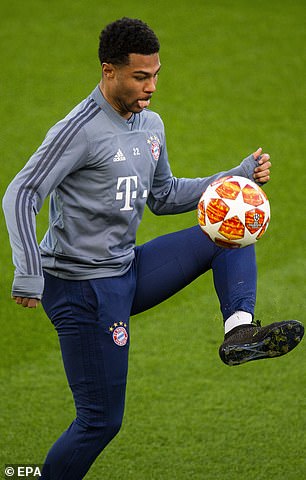 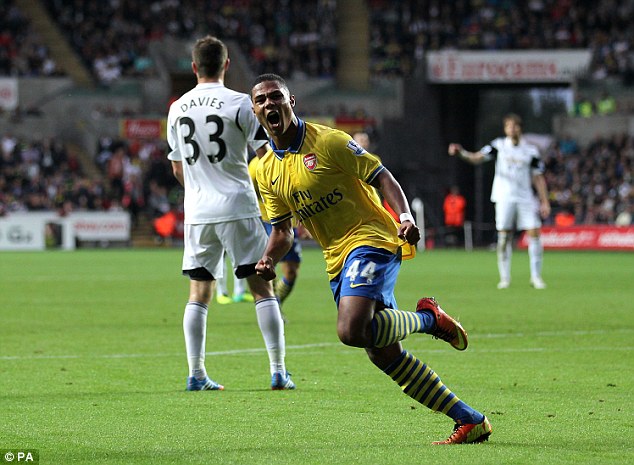 Gnabry celebrates after scoring in the Premier League for Arsenal back in September, 2013

Bayern’s troubles mean they are in the unfamiliar role of underdogs this week, and their first priority will be to come away from Liverpool with a competitive result. But in a recent interview, Gnabry insisted that he and his team should not be underestimated.

‘It’s fair to say Liverpool are favourites, they are playing a very strong season,’ he told Spox. ‘But we have our strengths. We are Bayern. Everything is possible.’

If Bayern are to beat Liverpool over two legs, they will need Gnabry to continue the fine run of form which he has enjoyed in recent weeks.

With Arjen Robben still nursing a long-term injury and Franck Ribery racing to join the squad in time after the birth of his fifth child, Gnabry will once again be Bayern’s main man on the wings at Anfield.

It is a role which he has taken to with some fine performances in recent months, staking his claim to be a worthy successor to Robben when the Dutchman leaves Munich this summer.

Gnabry’s brace helped Bayern fight their way past Hertha Berlin in the cup two weeks ago, and he grabbed another goal in the win over Schalke a few days later. The performances earned him the man of the match award in both games, and some gushing praise from his coach. 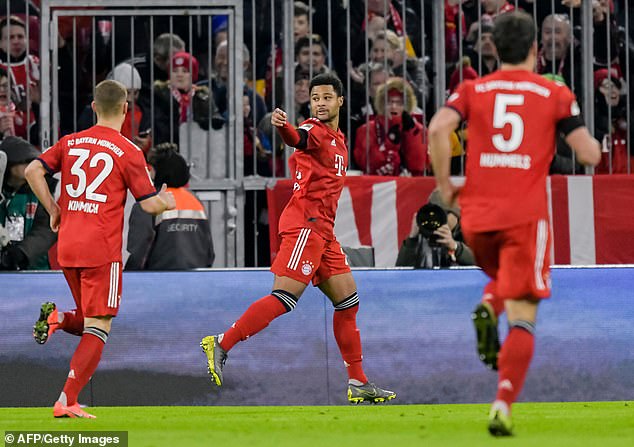 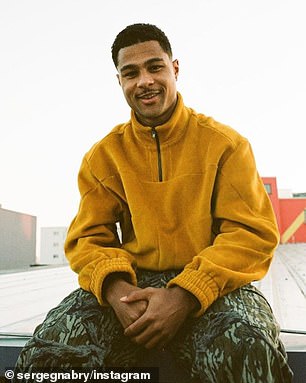 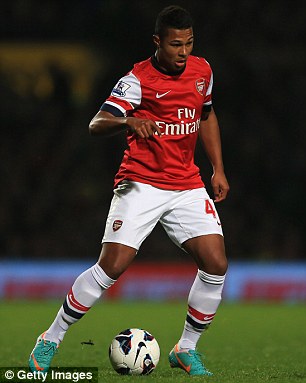 ‘Serge played brilliantly,’ said Kovac after the Hertha game. ‘The dynamic he has with the ball is so impressive, he has such a strong technique, both with his left and his right foot.’

It is all a far cry from the disappointment of his last few years in England. In 2016, it seemed as if Gnabry may never live up to his enormous potential.

Having struggled with injuries, he had found it difficult to break into the Arsenal first team, and a disastrous loan spell at West Bromwich Albion only piled on the misery.

In the summer of 2016, he would later admit, he faced the stark choice of staying in London to fight for his place at Arsenal, or going with the Germany squad to the Rio Olympics.

He chose the Olympics, and the gamble paid off, as he picked up a silver medal and a joint golden boot with team mate Nils Petersen. 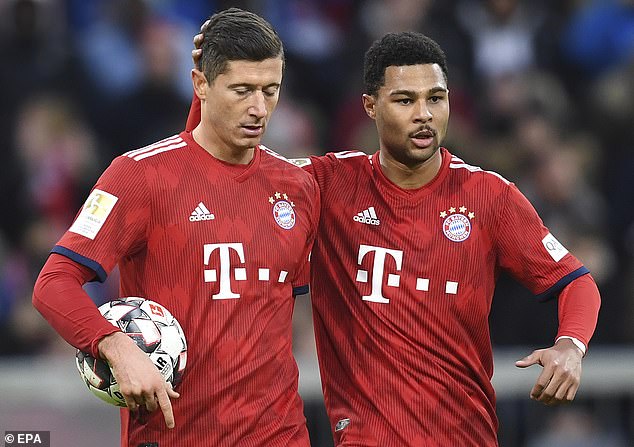 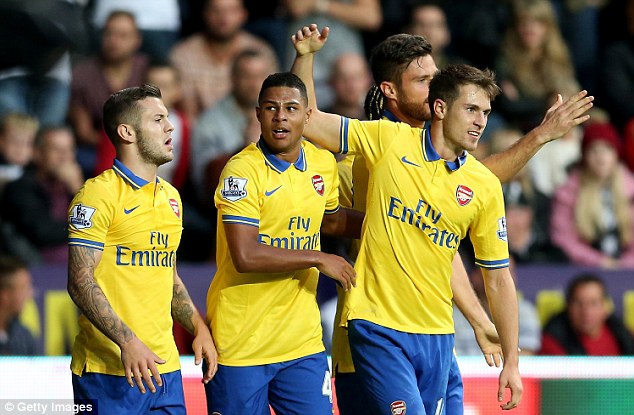 Gnabry celebrates with Jack Wilshere, Olivier Giroud and Aaron Ramsey (L-R) back in 2013

The success would prove to be the springboard from which the then 21-year-old would relaunch his career.

‘I nearly didn’t go to the Olympics, and Arsene Wenger really wanted me to stay at Arsenal,’ Gnabry told kicker magazine in 2017.

‘I thought about it for a long time, and came to the decision that I had to try somewhere else. It was easier to play week in week out at Bremen than it was at Arsenal.’

So Gnabry went to Bremen, and a superb first season in the Bundesliga earned him a surprise transfer to Bayern. Initially loaned out to Hoffenheim, it was another year – a no less successful one at that – before he would don the red shirt of the Munich giants.

‘The last two years have helped me enormously,’ he said at his presentation in Munich last summer. ‘I’ve been able to catch up what I missed at Arsenal.’ 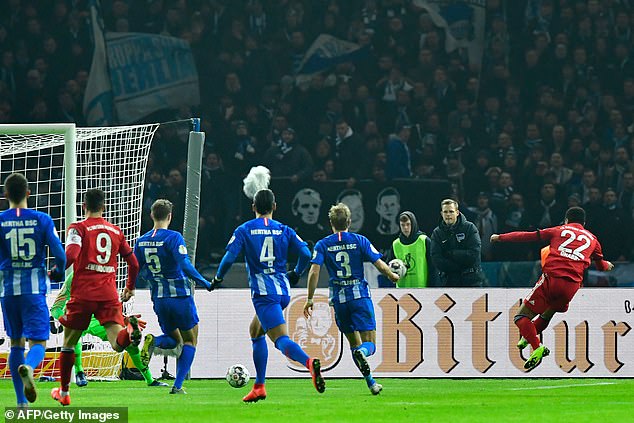 If the transfer initially raised eyebrows, Bayern now have no regrets about signing Gnabry. Alongside Kingsley Coman, he appears to have solved the long-term problem of how to replace the ageing Robben and Ribery.

In a season where Bayern have struggled with generational transition, Gnabry has been a resounding success story, and looks set to establish himself as a star in Munich.

Such success may eventually lead him back to the Premier League. The 23-year-old has admitted before that he has unfinished business in England.

‘It is definitely my wish to play in England again at some point,’ he told kicker in 2017. ‘The atmosphere there is unique. Once you have experienced it, you miss it.’

Tuesday night’s clash of the titans at Anfield certainly promises to be a unique experience, but Gnabry will be unlikely to be soaking up the atmosphere.

Instead, he will be hoping to inspire Bayern to a victory against the odds, and perhaps show England what it is missing.