Sergeant ‘jumped out of a coffin of Deepcut soldier’

A former Army sergeant hid inside and jumped out of a makeshift coffin which was being used by soldiers to practice for the funeral of a young recruit who had died in a shooting at the controversial Deepcut barracks, a coroner heard today.

Pte Sean Benton was found dead with five bullet wounds to his chest on June 9, 1995. The 20-year-old was the first of four recruits to die at the Surrey barracks in seven years, a new inquest into his death has heard.

Former fellow recruit and close friend Neil Williams was initially refused permission by officers to attend the funeral but was finally allowed when Pte Benton’s mother, Linda, requested him was a pallbearer.

Mr Williams also told how he was asked to take part in the clear-up at the site of Pte Benton’s shooting.

He told how with no police presence or scene preservation, he was ordered to remove blood from the floor and shovel over it and remove evidence of the shooting from the fence.

He told the inquest in Woking, Surrey today that former sergeant Andrew Gavaghan jumped out of a makeshift coffin – which had originally been filled with sandbags – as soldiers carried it during a practice session ahead of the funeral. 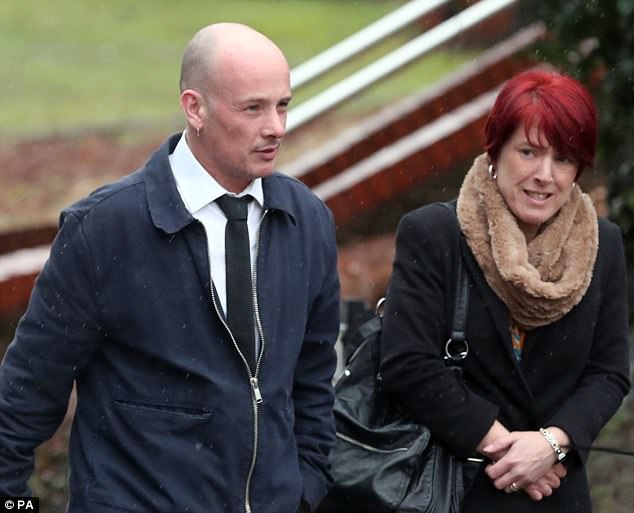 Tracy Lewis and Tony Benton, the sister and brother of Pte Benton, at their brother’s inquest

‘We went on a short break and came back in and one of the corporals asked us to pick up the coffin and it felt a little bit heavier,’ he told coroner Judge Peter Rook.

‘We got it on our shoulders and there was a little bit of movement and then Sgt Gavaghan jumped out of it. I thought it was disgusting and totally disrespectful,’ he said.

Mr Williams, who left the Army in 2002, said it was obvious Sgt Gavaghan did not like Pte Benton and would ‘punish him to the limit.’

He detailed one incident where he and Pte Benton were caught giggling by Sgt Gavaghan and another sergeant during an exercise and both were kicked in the head.

In the week before his death, Pte Benton showed Mr Williams bruising to his kidney, which he said he believed had been carried out by someone from the ‘respiratory gang.’ 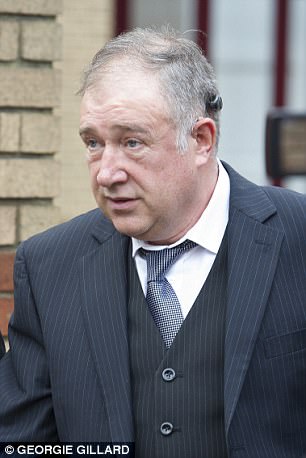 ‘Nobody knew who they were [the respiratory gang]… but if you were someone the instructors did not like, or you did something wrong, you would get a visit from someone in a respiratory mask and they would give you a beating and then left,’ he said.

He told the coroner that in the five weeks he knew Pte. Benton, who he described as the ‘class clown’ and a ‘funny guy’, he noticed his appearance started to deteriorate.

‘He didn’t put the effort in with his clothing and he put less effort into himself and his own appearance,’ he said.

In one conversation, Pte. Benton told Mr Williams that ‘something big was going to happen.’

Giving evidence earlier, Ryan Cook, who was friends with Pte Benton at Deepcut, told how Sgt. Gavaghan had a split personality and would tell trainee recruits of an ‘evil twin brother living inside him.’ 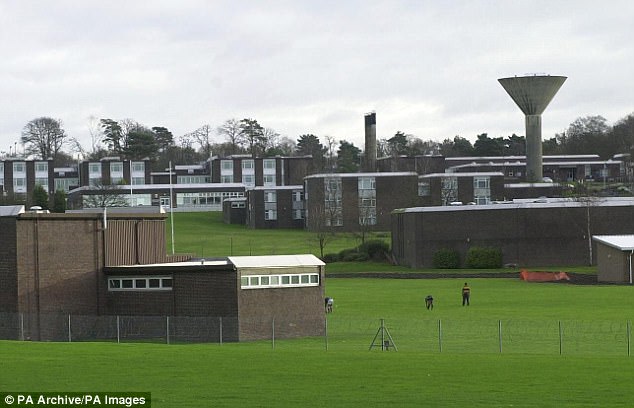 Mr Cook added: ‘He would come out as his twin demon big brother that made him really angry for no real reason,’ he said.

‘He would reappear as his twin brother. The door would burst open and he would go down the steps looking frustrated and angry as if something had riled him up. Then he would come down and explain why he was angry saying his brother had said this or that.’

Mr Cook, who is still serving in the Army, told how Sgt Gavaghan would punish trainees by making them run up and down a 300m course with a five litre petrol can filled with water that he named ‘Sgt Jerry Can.’

A first inquest into Pte Benton’s death in December 1995 recorded a verdict of suicide. This second inquest was ordered after High Court judges quashed the original findings following pressure from the tragic soldiers’ families.

The hearing was adjourned until tomorrow.