Sergio Aguero showed he’s as big a fan of strikes off the football field as he is on it, as he celebrated his 28th birthday at a bowling alley.

Aguero and his Argentina team-mates took time out from training ahead of their Copa America campaign to visit the alley near their base at San Jose State University, with a team including three Premier League-based players coming out on top. 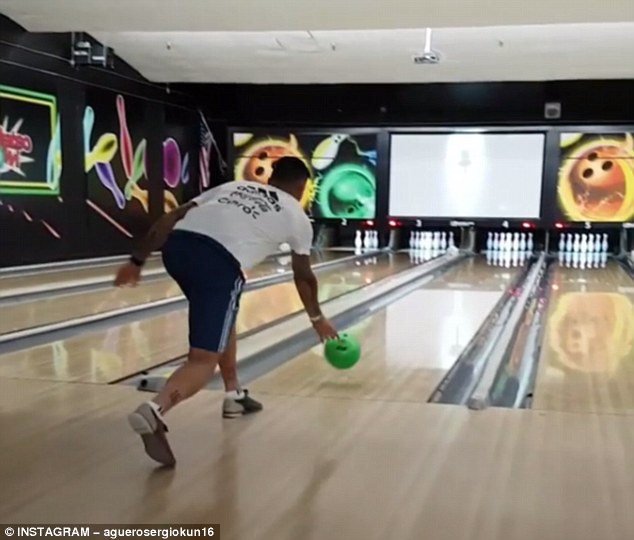 The Argentina squad went bowling, with Aguero posting a picture of Marcos Rojo in action on social media 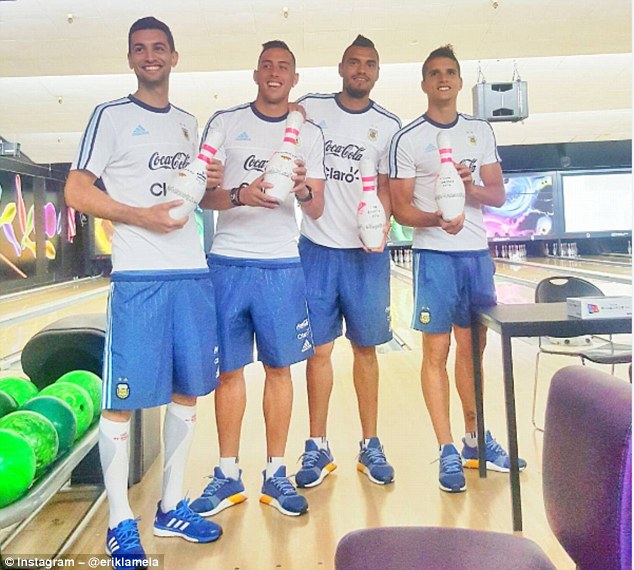 Aguero was then presented with a birthday cake by his international colleagues, with the whole trip documented on the players’ various social media accounts.

Missing from the group was Barcelona star Lionel Messi, who has been giving evidence at his tax fraud case in Spain this week.

Argentina are due to kick-off their Copa America challenge against Chile in Santa Clara, California on Monday before flying 1,843 miles to Chicago, Illinois to take on Panama four days later.

A further 1,735-mile trek to Seattle, Washington follows for their final Group D game against Bolivia at CenturyLink Field on June 14. 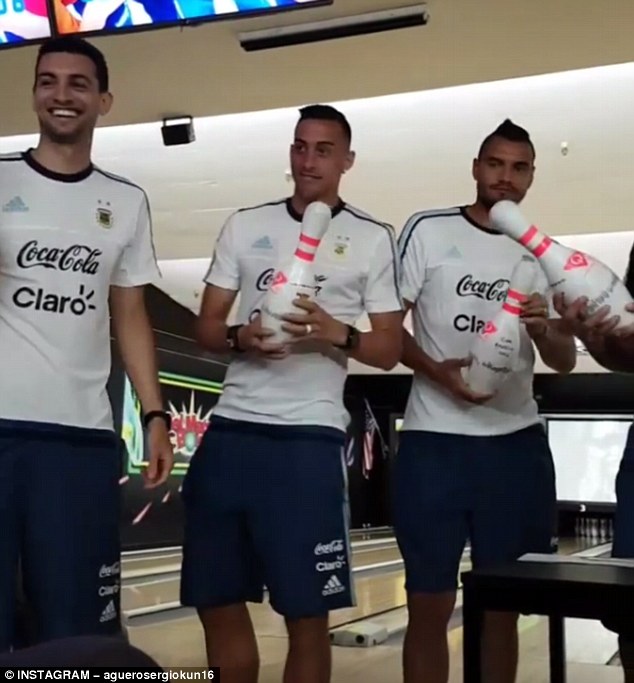 Fernandez, Funes Mori and Romero pose with commemorative pins given to them to recognise their victory

Paris Saint-Germain winger Angel di Maria says Argentina must overcome their recent habit of falling at the last hurdle, following final defeats to Chile and Germany in the Copa of 2015 and 2014 World Cup.

‘We always have the obligation to win the title for the quality of players we have. We will do our best,’ he told AFA.

‘The monkey is on our back, more so because we lost the finals in the last two championships.

‘But I think we did good in getting to two consecutive finals. We couldn’t win but football is like that.’ 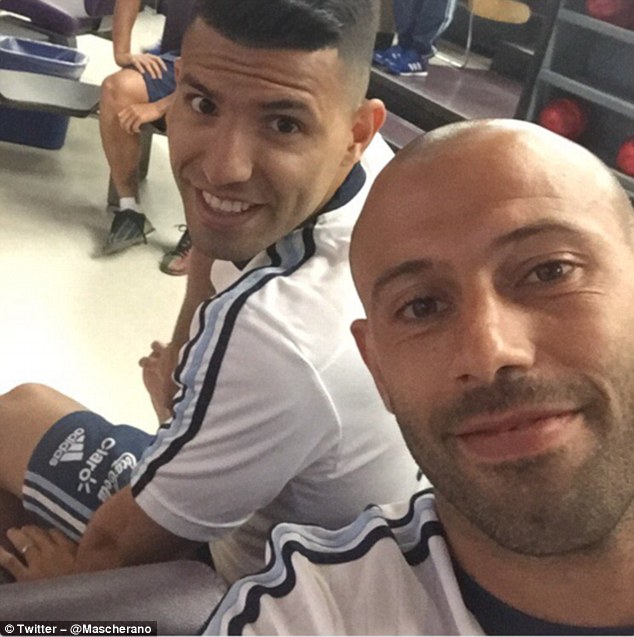