Sergio Aguero is working overtime in the hope of providing Manchester City a lift in the Champions League.

The striker has missed nine games after suffering a knee injury during a win over Burnley a month ago, undergoing an operation on his meniscus in Barcelona.

That surgery went better than expected and Aguero has been in the gym three times a day in an attempt to prove his fitness before the Champions League return next month. 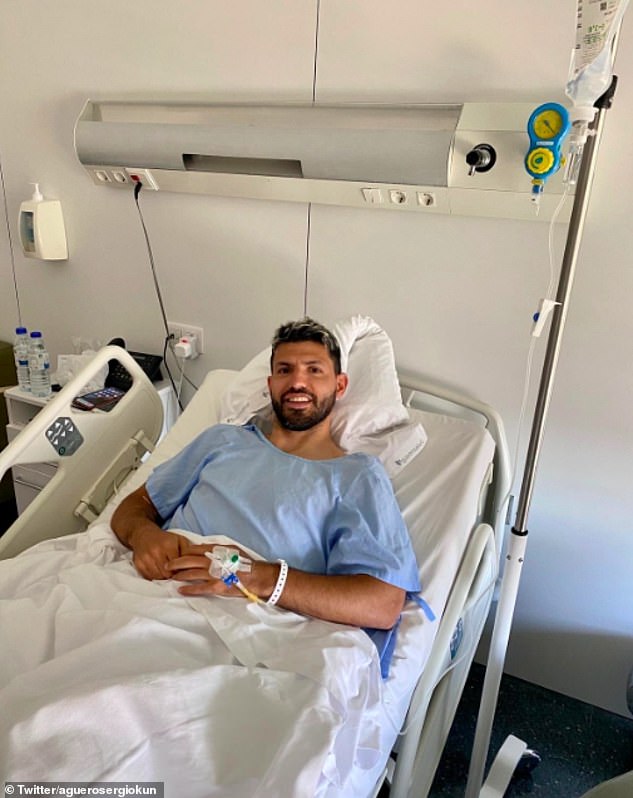 The 32-year-old is undertaking strengthening work on exercise bikes and is expected to begin running in the coming days.

Aguero is desperate to play some part in City’s attempt at winning a first European trophy since 1970, although the last-16 second leg against Real Madrid in a fortnight appears a long shot.

Should City progress, Aguero does, however, believe he can offer City a boost in the mini-tournament in Lisbon – starting with a potential quarter-final against Juventus or Lyon on August 15.

Meanwhile, Leroy Sane claimed that the £135million price tag City placed upon him last summer was too expensive. 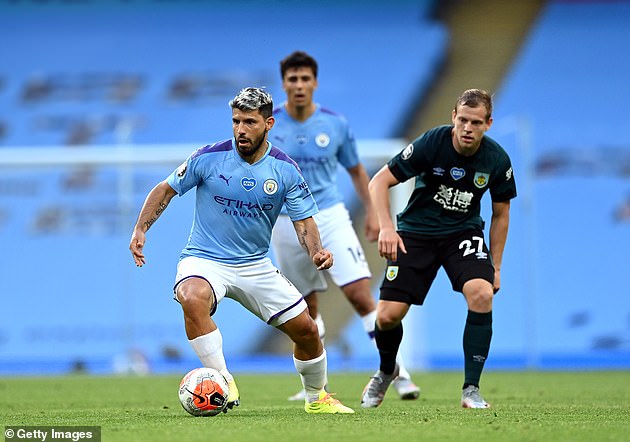 Sane ended up making the switch to Bayern Munich for a fee that could reach £55million, a deal struck as he entered the final year of his contract and during the coronavirus pandemic.

‘These are numbers that no player in the world is worth in my eyes, there is no question,’ Sane said. ‘But I don’t think much about it. It is certainly not a disadvantage that much less was paid in the end.

‘It was not easy for me. Pep Guardiola and this fantastic team were the reason why I moved to Manchester. But it was in my head now that I wanted to do something new. Bayern’s concept and plans best matched my ideas. That’s why I came to my decision.’