Outrage at Sergio Ramos’ behaviour in the Champions League final has extended to Barcelona but is still making no waves at Real Madrid, where supporters of the European Cup holders are largely oblivious to the controversy.

Catalan paper La Vanguardia dedicated a feature to Ramos on Tuesday entitled: ‘A record of violence’.

‘The problem is not all the red and yellow cards shown to Ramos,’ it read. ‘The problem are the cards he is not shown.’ 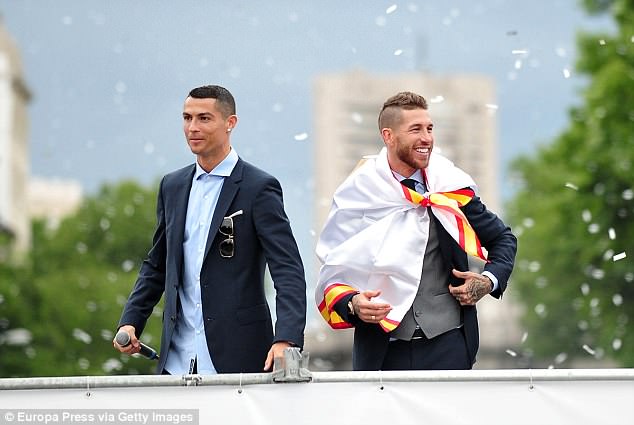 However, for Real Madrid fans, their captain’s stock is even higher than ever after Saturday 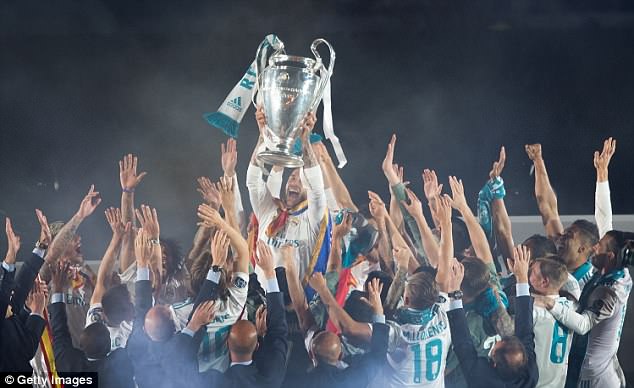 It described his challenge on Mohamed Salah as just the tip of the iceberg before listing his other misdemeanours in Kiev, and then cataloging his previous form for using the physical side of his game.

The article also discusses how he tried to perform a similar move on Dani Alves 12 months earlier in the Champions League final against Juventus.

Ramos has picked up a record breaking 177 yellow cards and 19 red cards in La Liga. He also has 38 yellows and three reds in the Champions League and more yellows than anyone else in the history of the Spain team – 21. 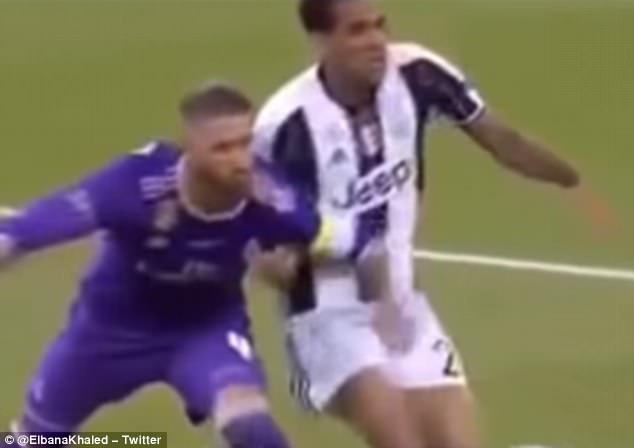 Much of the anger at Ramos is focused on his past record, such as his foul on Dani Alves 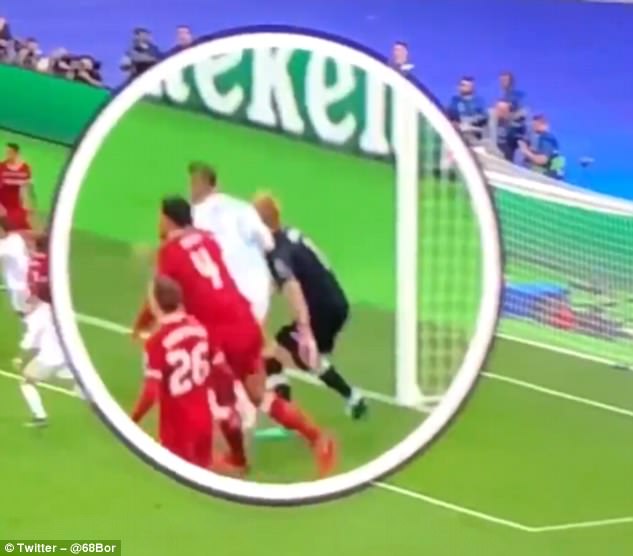 The outrage has not reached Madrid however, where the captain is more adored than ever after becoming only the second skipper in history (after Franz Beckenbauer) to lift the European Cup three times.

While petitions against Ramos and calls to ban him are big news elsewhere, Diario AS dedicated a single paragraph to the story on page 10 of its main edition on Tuesday – just 31 words to report the petition signed by over 450,000 people.

Far bigger news is the story that they have officially outgrown their trophy cabinet and need to increase its size after winning their 13th European Cup in Kiev. 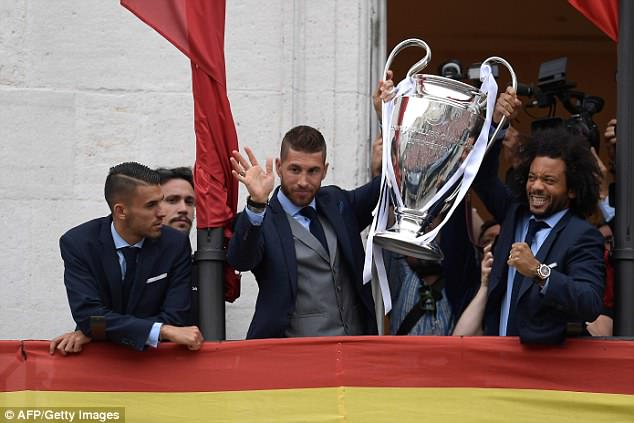 Despite all this, Ramos remains a Real Madrid legend after winning another Champions League

President Florentino Perez always places the newly-won trophy in the cabinet in front of the clicking cameras of the Madrid press, but the pomp and ceremony hit a snag this time when – no matter how much the existing silverware was shifted closer together – there was no room for No 13.

The cabinet was increased in size in 2014. It will now undergo another extension. Ramos meanwhile is now safely ensconced in Spanish football headquarters far from the noise of ongoing outrage at his foul on Salah.

It has been left to Barcelona media give the controversy some attention. The Ramos maneuver to drag Salah to the ground has been given its judo name ‘Ude-hishigi-waki-gatame’ in Catalonia, and Barcelona fans have delighting in the fact that in judo it’s a banned hold – because it’s too dangerous.