Sergio Ramos had a date with his tattoo artist Rodrigo Gálvez prior to his flight to Kiev on Thursday.

He already has the names and birthdays of his sons Sergio and Marco on his arm. He didn’t want to score against Liverpool on Saturday and then not be able to celebrate by also kissing the name of his third child Alejandro, now inked on to his hand with details of the baby’s measurements and time of birth.

He’ll be back for another tattoo if Saturday goes to plan – a fourth European Cup. 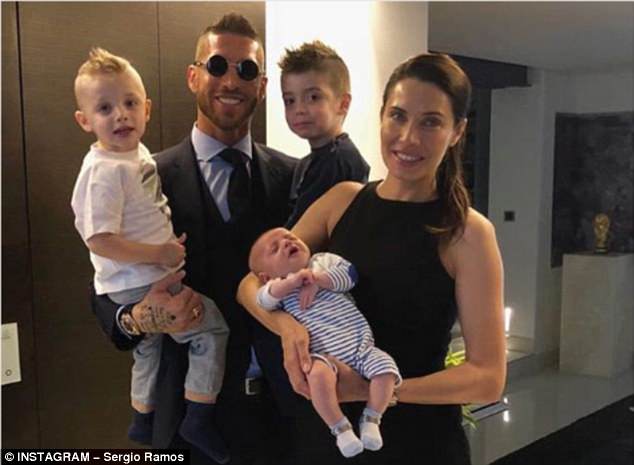 Ramos is slowly easing into the Real Madrid history books as the club’s greatest ever defender. Forget the fact that he is also the club’s most red-carded player. His achievements far outweigh his misdemeanours.

It was his header in 2014 that meant Real Madrid did not lose to Atletico Madrid. Instead the game went to extra-time. It was the header that effectively saved Carlo Ancelotti’s job… for a few more months at least.

He scored again in 2016, and in 2017 he became the first captain to lift the trophy in two consecutive seasons in the modern era. For once that night he got someone sent off instead of someone getting him sent off. Juan Cuadrado walked after taking Ramos on – an almighty mismatch like so many of his on the pitch duels.

‘People think what we are doing is normal,’ he said this week. ‘It isn’t.’ When Ramos arrived at the club in 2005 for 27 million euros, Real Madrid had nine European Cups they now have 12 and he has also won four leagues. Some said he was expensive aged only 19 but he has probably been their best buy this century in terms of value for money.

What Manchester United would have done to have signed him in 2016. ‘I nearly went there but things sorted themselves out,’ he said last year. By which he means – Real Madrid panicked when he flirted with United and gave him the sort of pay-rise he wanted.

He’s worth the money. Defenders come and go but captains are far harder to find and Ramos is Real Madrid’s skipper in every sense of the word. 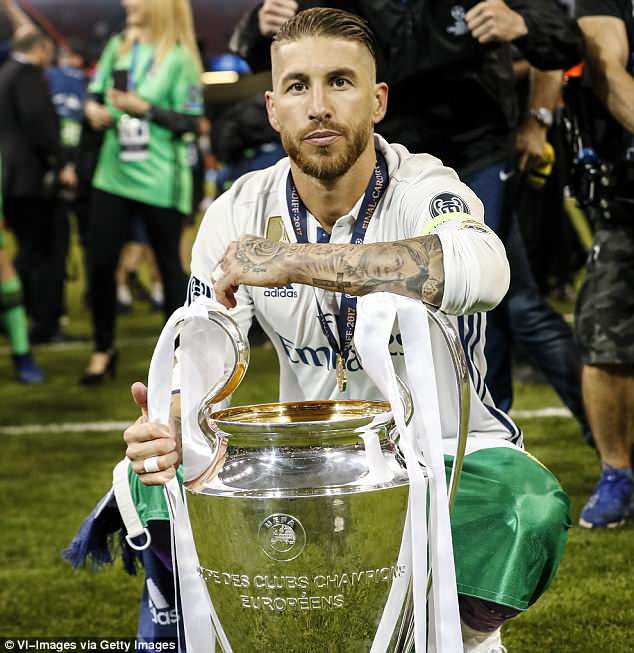 He’s the biggest influence in the dressing room. He’s the man who makes every new signing feel wanted. Players such as Lucas Vaquez and Marco Asensio see him as a father figure, Isco too. He is the one player that Ronaldo sees as an equal in terms of his standing in football.

His falling out with Jose Mourinho and his lack of affection towards Rafa Benitez contributed to both losing their jobs. His communion with Zinedine Zidane is unbreakable – they were team-mates when he first joined the club now he is the boss’s voice on the pitch.

The bond with the supporters is also strong. He might not be a Madridleño but he is a fiercely patriotic Spaniard and that will do for them.

He will always be dubbed a clown or a thug by his critics. You don’t drop the Spanish King’s Cup off the top of the bus Real Madrid were celebrating on in 2010 without picking up the first label, and you don’t see red as many times as he has without the latter sticking too. Neither is really fair. 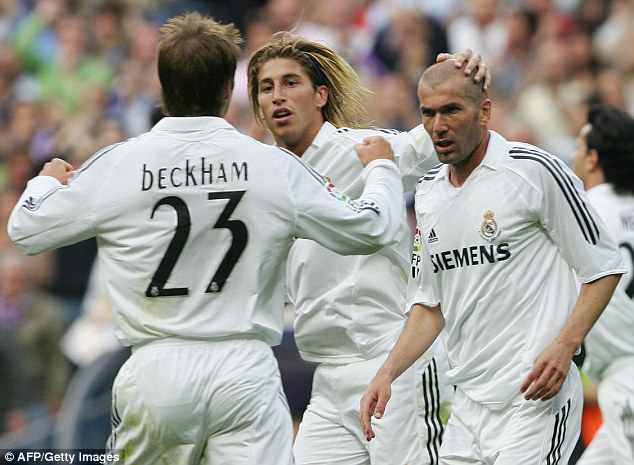 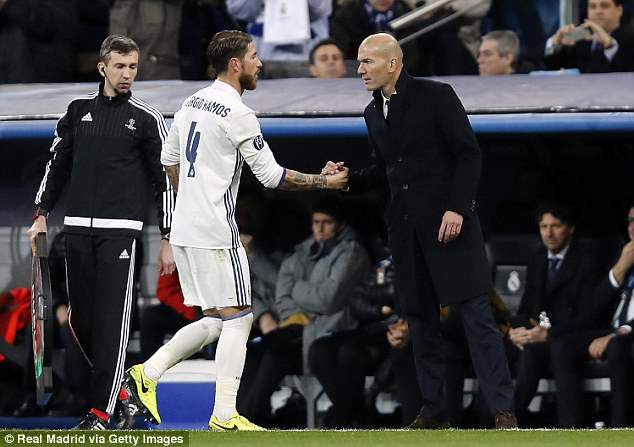 He is the man Liverpool’s front three must thwart if they are to come out on top in the final but he is also the player whose late runs into the box must be dealt with. A frustrated striker whose boyhood hero was Argentina’s wild-haired Claudio Cannigia and who played many times as a forward in the Sevilla youth team he joined as a nine-year-old. He has never lost the centre-forward’s spirit. 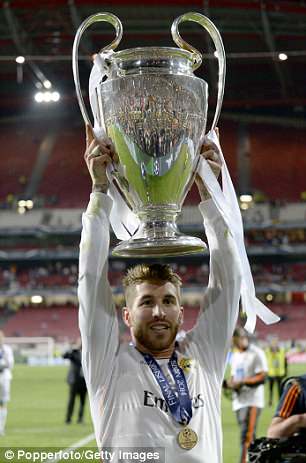 If he’s a winner again on Saturday there will be 32 friends and family to see him do it, all flown in on a private jet paid for by Ramos.

‘Everyone is fit and everyone is switched on,’ he said this week of this team-mates. ‘Zidane has the full squad to pick from.’

The first name on the team-sheet will probably be Ronaldo. But Ramos is a close second. Ready to finish first in Europe for a fourth time in his career.

Called a ‘legend’ by one radio journalist this week he said: ‘Don’t put the slippers on me yet. I still have a few years in boots out there playing.’

A lot has been said about Ronaldo’s chances of catching Paco Gento’s six winners’ medals in this competition, but it’s a feat that could well be even more within the reach of Ramos – Madrid’s very own captain, leader, legend. 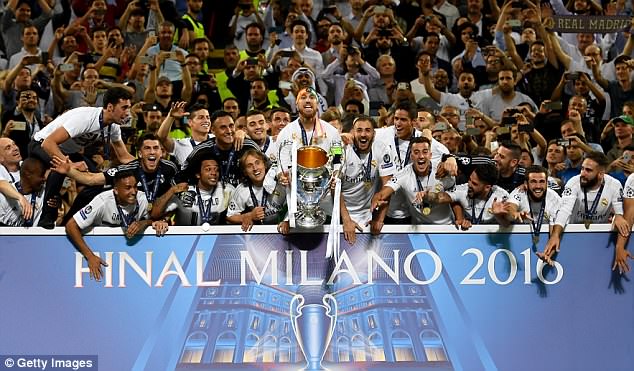