Havel was looking to break forward when Ramos moved across to challenge for the ball, and as the Spaniard clears it, his elbow apparently makes contact with the Czech.

The collision left Havel crumpled on the floor as blood started to pour from his nose.

As Milan Havel breaks clear, Sergio Ramos comes across to challenge for the ball 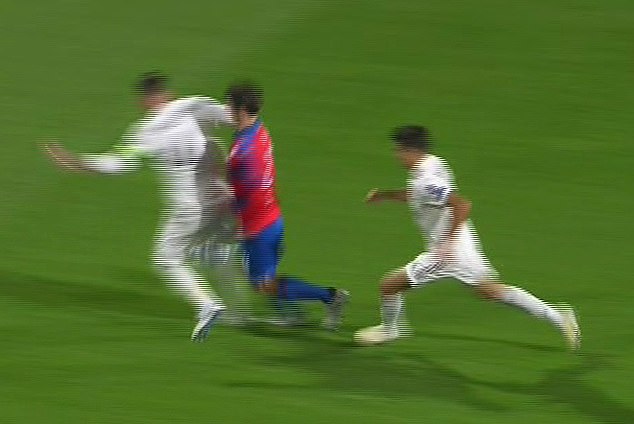 The pair come together, and Ramos’ elbow makes contact with Havel’s face 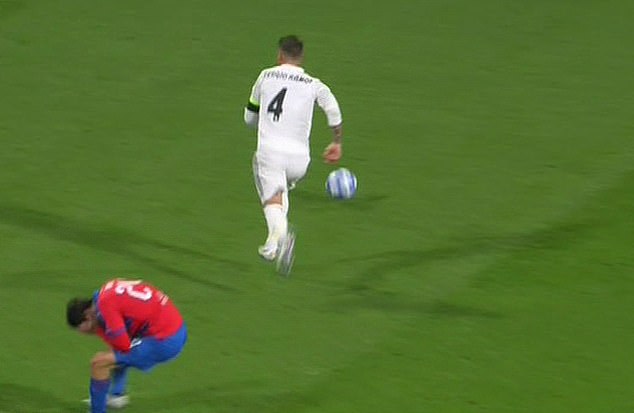 The Champions League holders are 4-0 up in their clash thanks to a Karim Benzema double and goals from Gareth Bale and Casemiro in Group G.

A similar incident happened in last season’s Champions League final as Mohamed Salah was forced to leave the pitch injured after a challenge with Ramos.

Like then, he also avoided any reprimand from the referee as play continued.

The Spain international has accumulated 24 red cards during his career, including a record 19 in La Liga. 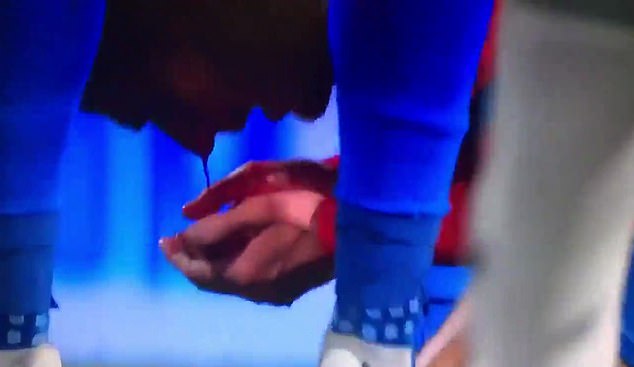 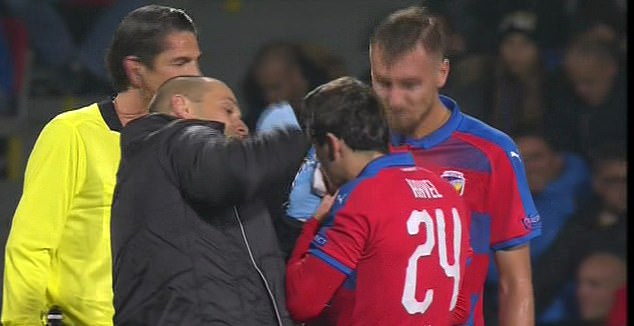 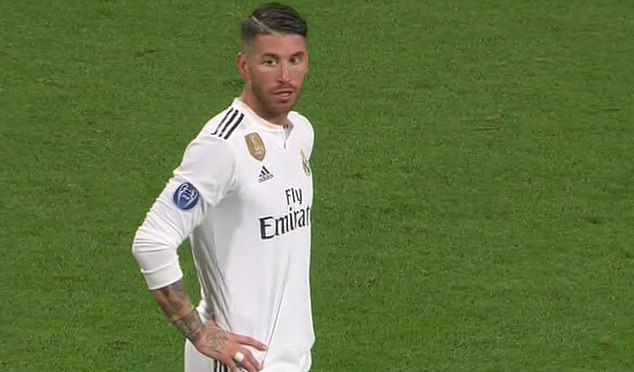