Salah left the field in tears with a suspected dislocated shoulder after tangling with Ramos, who linked arms with the Liverpool star before landing on top of him.

Many Liverpool fans directed their fury towards Ramos but BT Sport pundit Lampard leapt to the Real Madrid man’s defence. 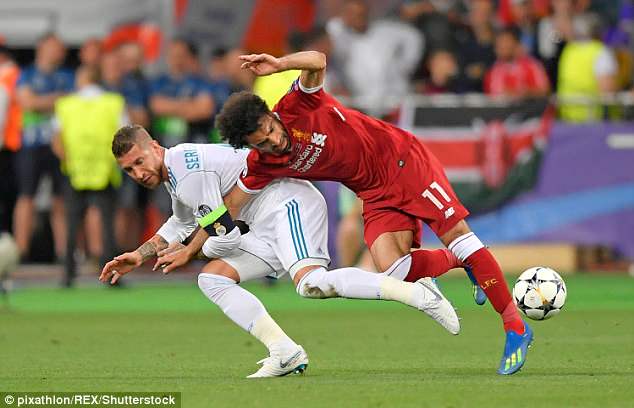 Asked at half time whether it was fair to attribute any blame to Ramos, Lampard said: ‘No, I don’t think so.

Ramos was pictured smiling and laughing with one of the referee’s assistants as Salah walked off but Rio Ferdinand was convinced the two incidents were unrelated.

The former Manchester United centre back said: ‘I wouldn’t associate the two things.

‘I think it was really good defending from Ramos and I don’t think he meant to do that (hurt Salah).’ 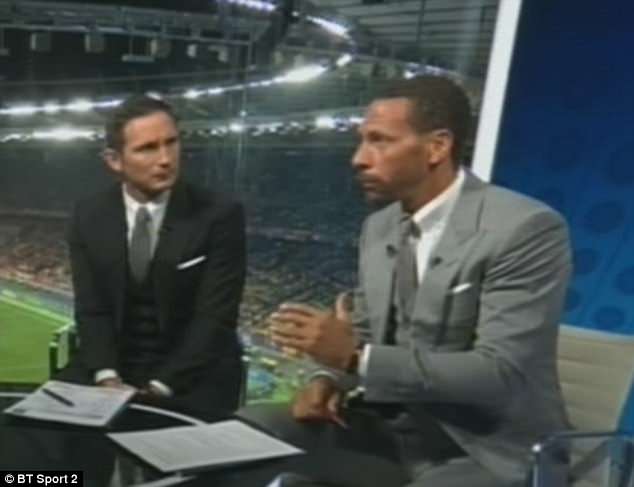 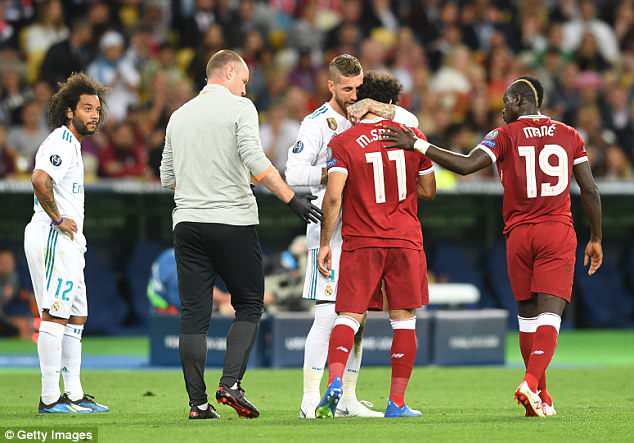