Sergio Ramos has wished Mohamed Salah a quick recovery from the shoulder injury which forced the Liverpool striker off the pitch just 30 minutes into the Champions League final.

Reds’ Player of the Year Salah left the field in tears in Kiev after damaging his shoulder following a tussle with Real Madrid captain Ramos.

Salah sustained the injury after Ramos kept hold of his arm as they fell to the floor, with some critics suggesting the Spain defender should have been punished for the incident. 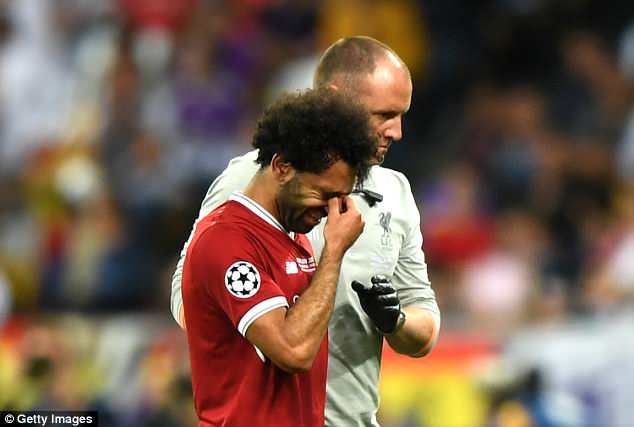 The Egyptian left the pitch in the first half in tears, unable to get over a niggling shoulder issue 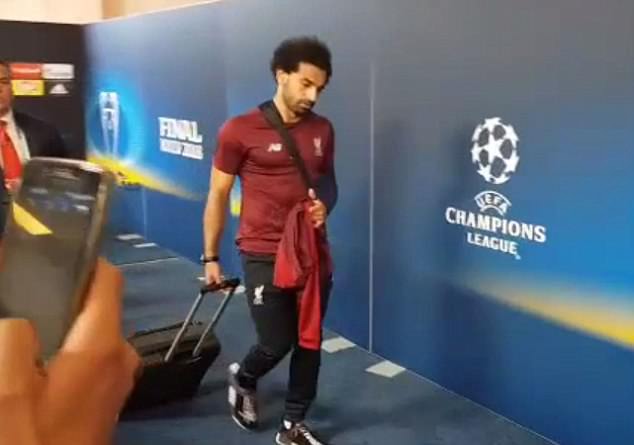 Departing the stadium in a sling, fears grew as to whether Salah will be fit for the World Cup 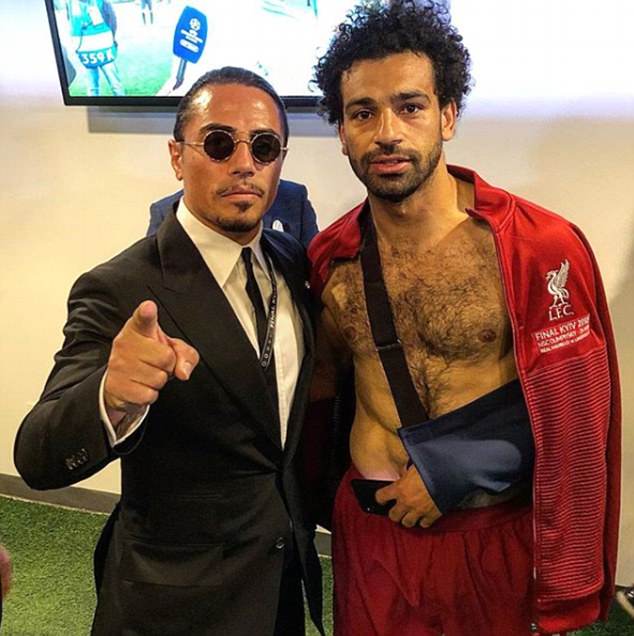 Despite his anguish with the injury and the defeat, Salah posed for a photo with Salt Bae

It remains to be seen if the Egypt international will be able to feature in this summer’s World Cup, but after his side won the match 3-1 to secure a 13th European title, Ramos hopes to see the 25-year-old back in action soon.

He wrote on his official Twitter account: ‘Sometimes football shows you its good side and others the bad. Above all we are fellow pros. Get well soon, Salah. The future awaits you.’

The early loss of Salah was a huge blow to Liverpool’s hopes of victory in Kiev, with the forward going into the match having scored 44 goals during a remarkable debut season at Anfield.

And it was Madrid who would go on to claim the trophy for a third successive year, with two glaring errors by Liverpool goalkeeper Loris Karius either side of Gareth Bale’s wonder goal. 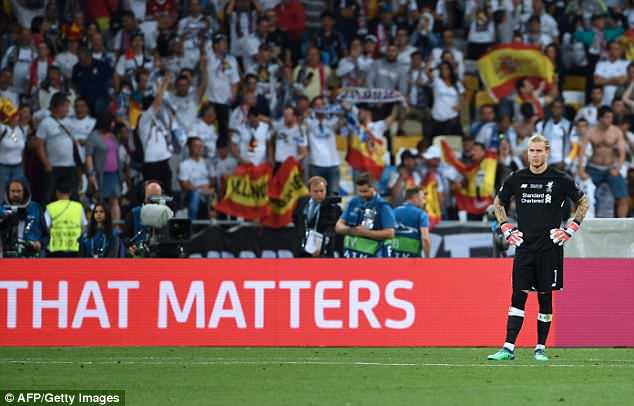 Amid Madrid’s celebrations, the Bernabeu futures of both Bale and Cristiano Ronaldo were brought into question by comments the pair made during post-match interviews.

Bale, who started the final on the bench despite being in rich goalscoring form in recent weeks, said he wants to be playing regularly and would speak to his agent this summer.

Ronaldo, meanwhile, said he would make an announcement about his plans in the coming days.

The Portugal superstar made his initial comments to beIN SPORTS and, when later pushed on the subject in the mixed zone, he conceded it had not been the ideal time to speak about his personal situation but reiterated he would reveal more soon.

Ronaldo, who has now won four Champions League crowns with Madrid and one with Manchester United, said in quotes reported by the Spanish press: ‘I will talk. I’m clear and I said things as they are.

‘It wasn’t the perfect timing to say something to get it off my chest a bit. I don’t want to take away from what Madrid have done. Three successive Champions Leagues is a unique moment. Personal situations are not important in this moment.

‘It wasn’t the right moment, but I was honest.

‘Money is not the problem. I’ve won five Champions Leagues, five Ballon d’Ors…I was already in the history books, but now even more. 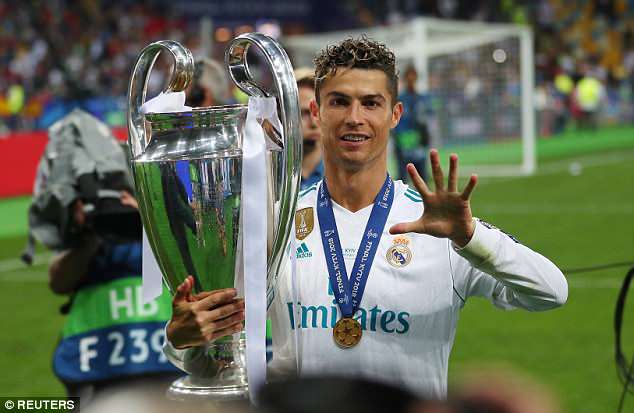 ‘I’m not upset because I know what I give to the club.’

Asked if he was going be at Madrid next season, the club’s all-time record goalscorer said: ‘I can’t guarantee anything. It’s not the moment to talk.

‘I’m not going to hide and in the coming days I will talk. Life is not just glory.

‘I’m going to have a calm week and I will join up with the (Portugal) national team.

Ramos said of his team-mate: ‘He’ll speak when the season is over and he’ll clarify it. He couldn’t be in a better place than here.’