Real Madrid captain Sergio Ramos took the chance to remind their city rivals Atletico who was ‘the boss’ of Spain’s capital as the team celebrated their third successive Champions League win on Sunday.

The city has seen two victory parades in the month of May with Atletico celebrating their Europa League triumph before Real went one better by winning UEFA’s premier competition on Saturday night.

Having finished three points above them in La Liga, Atletico fans may have started to wonder if they could be about to overtake Los Blancos as Madrid’s biggest club, but Ramos put those thoughts to bed by leading a chant against them with Real fans. 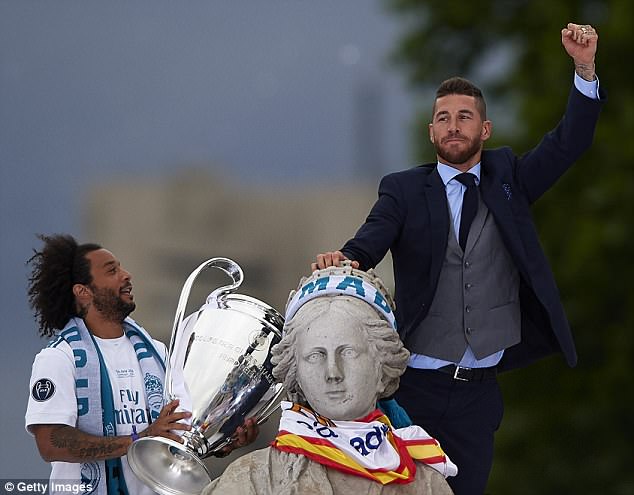 Speaking at the victory parade at the Cibeles Fountain, he bellowed: ‘We are going to sing a song, because sometimes some people forget.

The crowd then sang: ‘Let all the Indians (Atletico) know who is in charge in the capital.’

Atletico Madrid’s Juanfran had led a similar chant with his own fans as they paraded their Europa League trophy at the Fountain of Neptune earlier this month.

‘Let the Vikings (Real Madrid) know who’s boss in the capital,’ he’d said at the time. 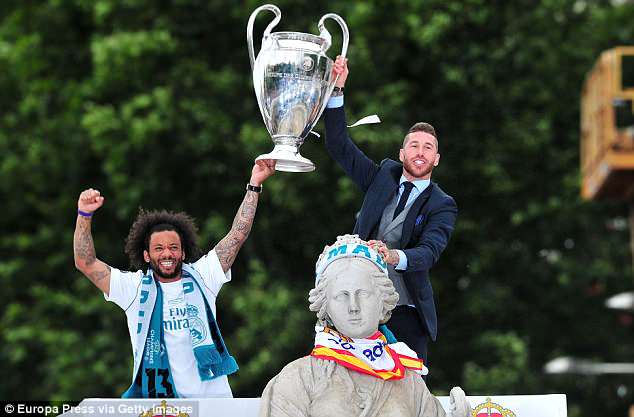 But while Atletico are certainly in the ascendancy, Real Madrid are arguably the dominant force in Europe, let alone Madrid. Despite a poor season in La Liga in which they finished third, they made history by beating Liverpool in Kiev.

Ramos has now lifted four Champions League trophies as Real Madrid captain, all of which have come in the last five years. Two of those occasions saw Real beat Atletico in the final (2014, 2016) and another in the semi-final (2017).

And while Atletico were delighted to have won the Europa League, beating Arsenal in the semi-finals and Marseille in the final, the only reason they entered Europe’s second-tier competition was because they failed to escape their Champions League group.

But Atletico will have the perfect opportunity to put one over their rivals early next season when they will meet in the UEFA Super Cup, which will be held at the A. Le Coq Arena in Tallinn, Estonia, on 15 August 2018. 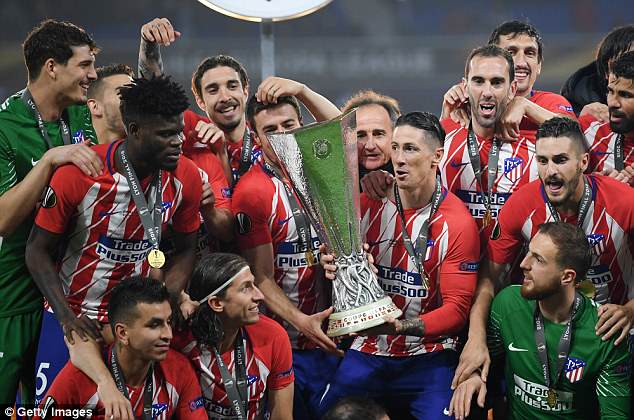