The hunt is on for a serial cat killer in Washington state, as the grisly death toll of mutilated felines reaches 13.

The slayings are horrifically public as the carcasses of each cat have been found surgically slit and laid out on front lawns, church grounds, and public parks.

The 13th cat was discovered on Thursday in Olympia on a private property, according to Thurston County Sheriff’s Detective Ben Elkins.

Police believe one suspect is behind the string of slayings that started in February. Cops say the violence is ramping up as eight cats were found in August alone.

Thurston County police are hunting for a serial cat killer terrorizing Washington since February, with eight slayings in August alone

A $36,000 reward has been posted for any information on the killer and PETA and the Humane Society of the United States have joined in the search effort.

A 10-person task force has been assembled to find the perpetrator led by a former police officer with decades of experience investigating animal cases, according to the Denver Post.

Each cat is killed in a similar fashion – slit down the stomach and laid out.

With seemingly experienced precision the cats are found cut clean, at times with their spines removed, with the organs laid out next to the body, or dismembered.

Erika Johnson, the animal cruelty investigator leading the task force said the animals are ‘displayed for people to see.

‘Kind of like an arsonist goes back to the scene of fire. They want people to find these animals,’ she said.

‘It’s for shock value. It’s like a trophy,’ she added.

Cops believe the same person is behind the killings.

Tracking down the cat killer has proved to be no easy feat but a surgical glove found at scene of a slayed cat named Tubby in Olympia that may lead to answers. 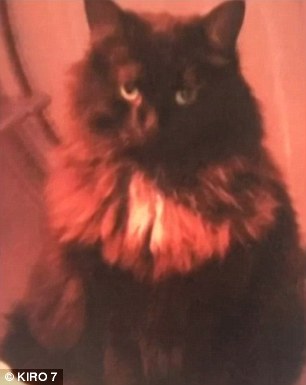 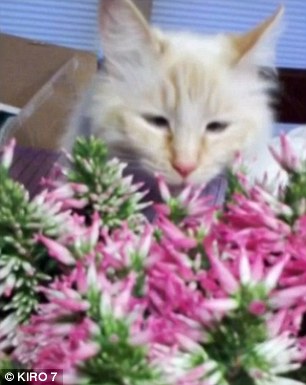 The killer slits open the cats with surgically clean cuts, at times removes their spines or organs, and puts the mutilated body on display, two victims pictured above 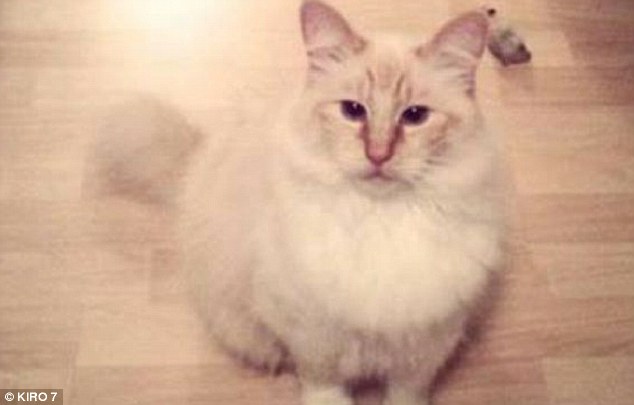 A cat named Olly, pictured above, was the last victim of the killer’s slayings found Thursday 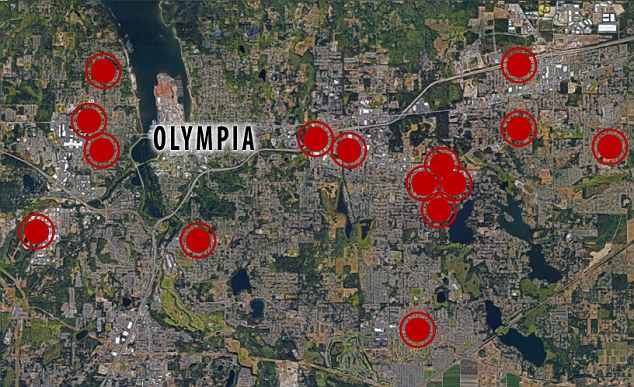 Another white fluffy cat named Ollie that was killed at the beginning of August in West Olympia may also lead to answers as its nails are being tested for DNA.

Her owner Rhiannon Stockert broke down in tears as she revealed she hasn’t been able to sleep and had security cameras installed.

‘She’s family. It’s definitely a creepy feeling to know that this person has that type of evil in them,’ she said to the Denver Post.

So far at least 150 tips have been given to local authorities.

Cops say tracking the killer down is a top priority as the violence could evolve into something more.

‘What if this is a steppingstone for a future serial killer, or a person who’s going to do something to a human being? I don’t know what their issue is, but it’s not normal,’ Detective Elkins said.

‘There have been past cases where perpetrators were caught that turned out to be serial killers. Is that the case in this? We don’t know, but we’re not taking any chances,’ he added.

Washington isn’t the only place to see a cat killer terrorize the community.

In South London the Croydon Cat Killer dismembered and killed more than 400 cats starting in 2014 and has still not been caught.