A serial domestic abuser was spared jail today for attacking his fifth victim – after a judge ruled he would pose less of a risk to women if he was left on the streets.

Paul Anderson met Carly McCabe on Tinder and went on to attack her during their six-month relationship, while abusing steroids and cocaine ahead of a bodybuilding show.

Miss McCabe, 38, had no idea Anderson, 41, had a host of previous convictions for mistreating four former partners, including assaults, breaches of the peace and stalking.

And the well built thug stayed true to form, turning the mother-of-four in to his fifth victim – and attacking her so savagely she thought she was going to die. 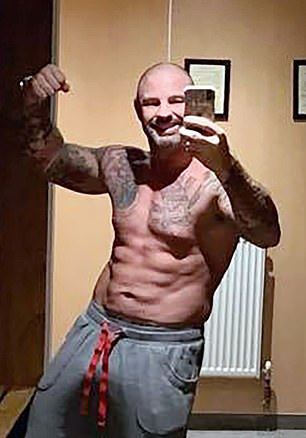 Miss McCabe (pictured left) said Anderson (right) grabbed her by the hair, kneed her in the face, and dragged her from her sun room in to her kitchen and smacked her head off her worktop

He carried out the attack while he was taking steroids in a bid to help him drop from 90kg to 80kg for an amateur bodybuilding show in Newcastle.

Anderson confessed to his shameful antics in a phone call to Miss McCabe where he begged for her forgiveness, blaming his actions on steroids and cocaine.

But the callous brute refused to accept responsibility for his actions, pleading not guilty to the charges he faced at Paisley Sheriff Court, lying about the events of the night he left her a quivering wreck, and claiming she had attacked him.

Miss McCabe said Anderson grabbed her by the hair, kneed her in the face, and dragged her from her sun room in to her kitchen and smacked her head off her worktop – before throwing her to the ground and raining punches and kicks on her face and back. 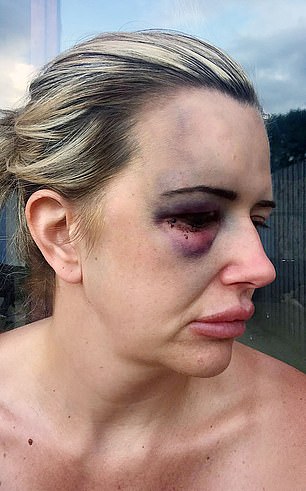 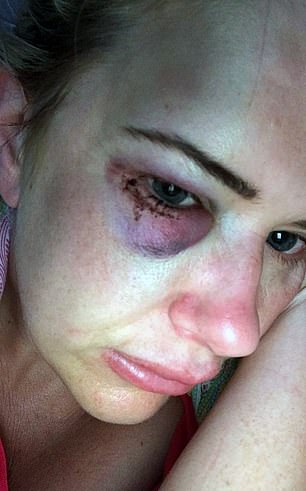 She added: ‘Then I saw him reaching for a knife.

‘He was towering above me.

‘He drew the knife along my throat, very lightly, to frighten me, obviously.

‘He said something to me like, ‘you’re a vile piece of s***, I’ve never done anything like this to any woman before’. 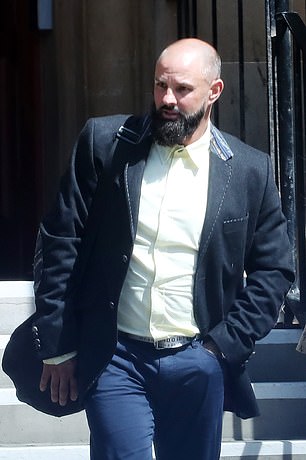 ‘Then he got the knife again and very quickly pushed it towards my chest, but stopped just in front of my breastbone and said, ‘you’re not f****** worth the time’.

‘I was screaming for my kids and I was telling him to stop.

‘I didn’t want to die and I thought I was going to die.’

Anderson, of Barmill, Ayrshire, lied he had done anything wrong at her home in St James Avenue, Paisley, near Glasgow – saying he had acted in self-defence.

He admitted had broken his bail conditions by speaking to McCabe in a phone call a few weeks after the attack.

Unaware Anderson had convictions for abusing four former partners, including three assault convictions, a domestic stalking and breaches of the peace towards his ex-girlfriends, the jury deleted the majority of the assault charge against him, convicting him of assaulting Miss McCabe by pushing her.

But they also convicted him of behaving in a threatening or abusive way towards her and breaking his bail conditions by contacting her.

Sheriff Frances McCartney called for background reports to be prepared ahead of sentencing, adjourned the case for that to be done – and warned Anderson he would likely be jailed when he returned to the dock. 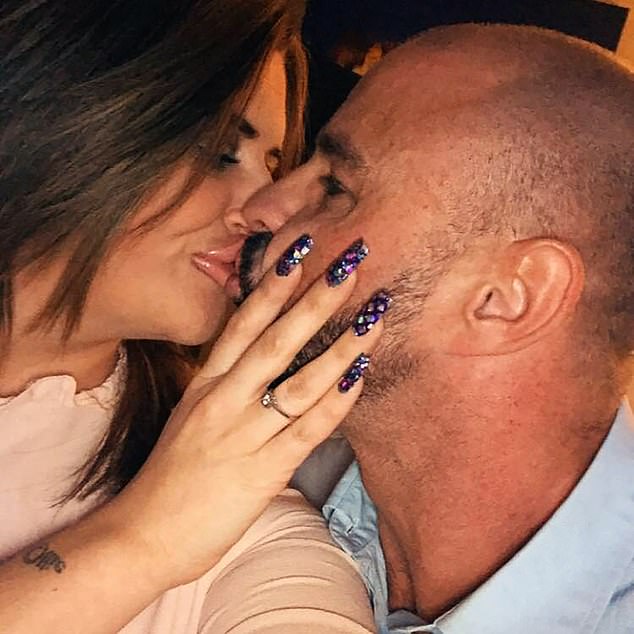 Anderson confessed to his shameful antics in a phone call to Miss McCabe (pictured together) where he begged for her forgiveness, blaming his actions on steroids and cocaine

She said: ‘In spite of the deletions, this is still an assault to injury and I take a very serious view of it.

‘You have six previous convictions for domestic offences and custody is at the forefront of my mind.

‘You should not take the fact that I am releasing you on bail as any indication of my willingness to impose a custodial sentence.

‘You should make arrangements for the care of your son.’ 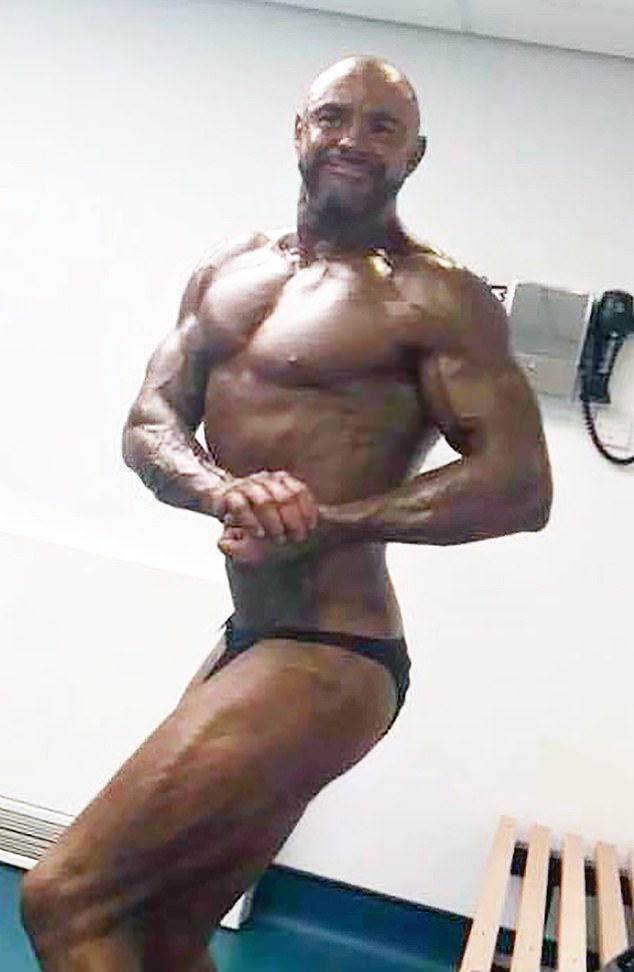 Anderson (pictured posing), from Ayrshire, lied he had done anything wrong at her home in St James Avenue, Paisley, near Glasgow – saying he had acted in self-defence

But, when Anderson returned to the dock today to learn his fate, the sheriff ruled he was such a danger to women that jailing him would do no good.

She explained: ‘I accept the submissions in the [social work background] report that work requires to be done in terms of your behaviour.

She placed him on a three-year-long Community Payback Order which will see him supervised by social workers, ordering him to attend the Caledonian domestic abuse programme, saying that was ‘due to the information in the [social work background] report about the risk you pose to future partners.’

He was also told to carry out 250 hours’ unpaid work, was fined £200, and was made the subject of a five-year-long Non-Harassment Order, which bans him from approaching or contacting Miss McCabe, entering her street or posting about her on social media.