The 31-year-old moved to the UK from Nowa Sol, Poland, in 2005 to work in a DHL warehouse in Peterborough.

Cambridge Crown Court heard that, at the time of his death, he was being prescribed methadone as a substitute for his heroin addiction.

He was last seen alive leaving his home in the city’s Lincoln Road on March 19 last year having met Joanna Dennehy for the first time the previous day. He told friends he had found an ‘English girlfriend’.

It is thought he was stabbed to death in a property in Rolleston Garth on or soon after this date.

Afterwards, Dennehy stored his body in a wheelie bin for several days before dumping it in a ditch at Thorney Dyke along with that of John Chapman. Their bodies were discovered by a farmer on April 3.

In a statement issued after his death by Mr Slaboszewski’s sister, Magda Skrzypczak, said: ‘Lukasz was the joker in the family, always finding something to laugh about. His mum and dad are devastated by their loss and he also leaves two grieving sisters.’ 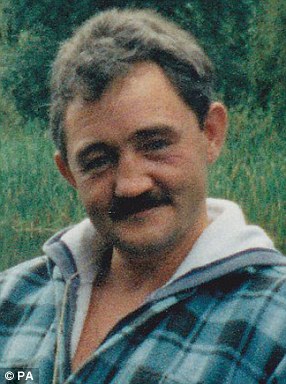 The 56-year-old, originally from Leeds, had served with the Navy in the Falkland’s war.

Jurors heard he had fallen on hard times. He was an alcoholic but known as a ‘friendly drunk’, the court heard. Mr Chapman lived in the same set of bedsits as Dennehy in Bifield, Orton Goldhay.

He described Dennehy, who had been employed as an ‘enforcer’ by landlord Kevin Lee, as the ‘man woman’ and friends were concerned for his safety as she attempted to force him to move out, the court heard.

He was killed in his bedsit on March 29 after Dennehy stabbed him in the heart. A photograph of his body, timed at 7.32am that day, was found on Leslie Layton’s phone.

Mr Chapman’s body was found alongside that of Mr Slaboszewski on April 3. At the time, his family released a statement saying: ‘We are all so upset and shocked by the tragic loss of John.

‘He was a loving brother, brother in law and uncle. He was much loved by all who knew him and will be missed by all his friends and family.’

Property developer Kevin Lee, 48, who was found dead in Peterborough. 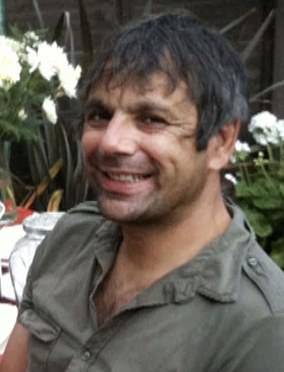 The 48-year-old lived in Fletton, Peterborough, with his wife Christina and their two children.

He ran the Quick Let property firm, which specialised in providing bedsits to people of ‘limited resources’, prosecutors said.

Business partner Paul Creed told the court Dennehy had approached them seeking accommodation. Mr Creed had been reluctant to house her but Mr Lee wanted to ‘give her a chance’.

Mr Lee later employed Dennehy as a decorator and enforcer, the court heard. On March 20, Mr Lee confessed to his wife that he was having an affair with Dennehy.

Nine days later, on Good Friday, he gave Dennehy an Easter card. Later that day she called him on the phone and arranged to meet him at Rolleston Garth – where Mr Slaboszewski had been killed – before stabbing him to death.

Mr Lee’s body was found by a dog walker in a ditch beside Middle Road, Newborough, on March 30. His family issued a statement saying: ‘We are devastated by Kevin’s death, he was a wonderful husband, father, loving brother and son.

‘His naturally infectious personality touched everyone who knew him. He will be hugely missed by all his friends and family.’