‘Serial rapist’ Joseph McCann threatened to ‘chop up’ two 14-year-old girls as he abducted them at the end of a day of depravity where he allegedly assaulted seven victims, a court has heard.

The two teenage girls were forced into a Fiat Punto McCann had taken from a 71-year-old woman earlier in the day and screamed in terror as their abductor was chased by the police.

In the early hours of May 5, he had tied up a mother and then tried to force her children aged 11 and 17 to have sex with each other, the Old Bailey has heard.

Later that day he pounced on the 71-year-old as she loaded her shopping into her car in Bury and raped her in her black Fiat Punto before forcing a 13-year old into the car with them, jurors have heard.

They escaped at Knutsford Services on the M6 and McCann drove off, spotting the two 14-year-olds in Congleton, Cheshire 30 minutes later.

The girls froze as McCann threatened to stab them with a machete if they did not do what he said.

An interview of the teenage victims, recorded at Congleton Police Station, was played to the jury today.

One said: ‘The man pulled up in his car in front of us and got out the driver’s door and got out onto the street speaking to us.

‘The first thing he said was: ”I have been looking for you all day,” which was a bit of a shock because we did not live in Congleton. He said we had been bullying his sister all day.

‘The man said: ”You will have no glasses on your face and no teeth, I will chop you up,”.

‘He told us to get into the back of the car or he would kill us basically.’ 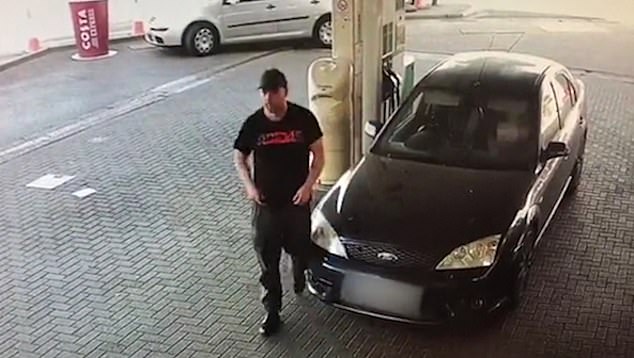 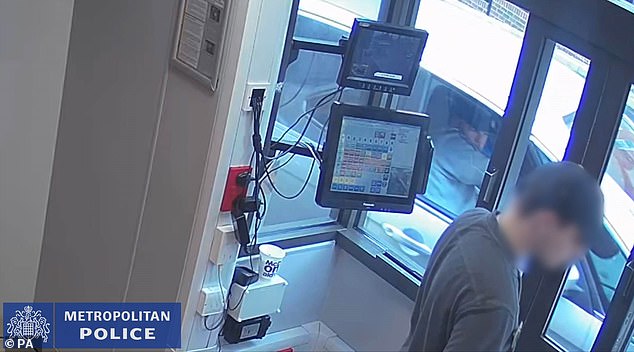 Asked by officers what they thought of McCann, one of the 14-year-olds said: ‘He was not who he was making out to be basically.

‘He was not taking us to see his sister and he was involved in something. He was repeatedly telling us to be quiet and shut up.’

At 6.44pm McCann pulled up at the Clayton Bypass, near Congleton to refuel the Punto. The girls explained how he gave them £20 and told them to pay.

When they told him they did not know how to pay for petrol, he left them in the car, asking them to find his phone battery and mind his cigarettes.

At the same time, police officers from the Cheshire and Manchester area were looking for McCann and the Fiat Punto. 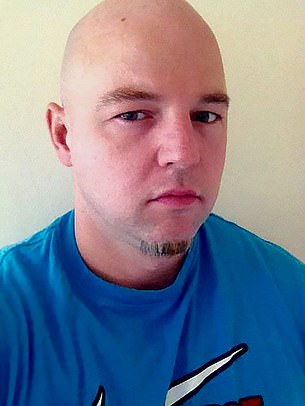 PC Michael Jennings saw the car at a roundabout on the Clayton Bypass and pursued the vehicle until it crashed into a Mercedes.

In her evidence the same 14-year-old said: ‘You could see the blue lights in the mirror. He collided with the car and we screamed. He told us to shut up.’

After the crash McCann got out of the car and ran off, jurors heard.

‘He climbed over someone’s garden fence. He went through their back garden. Everyone was asking where he went and pointed to his direction but by then he had gone,’ the teenager continued.

‘There were quite a lot of people there. There were residents of the houses and there were a few girls that we knew.’

Her friend who was in the car at the same time told how she tried to break out of the vehicle but he had put the child locks on the back doors.

McCann denies 37 charges including the rape of a child under 13, kidnap, and sexual assault concerning 11 alleged victims. 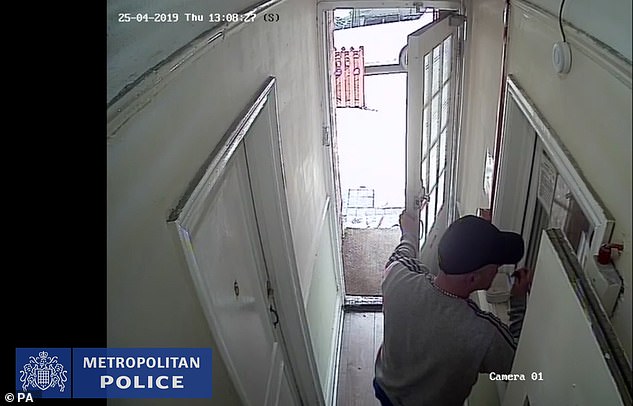 The offences are said to have occurred across five police force areas over a two-week period between 20 April and 5 May.