Serious failures in public health led to the deaths of six NHS patients from listeria-contaminated sandwiches, a report claims.

Former health chief Professor John Ashton said a deadly outbreak of listeria in mass-produced hospital sandwiches this year was the result of ‘systematic failings’ by the Government.

He criticised Public Health England for failing to spot the listeria outbreak earlier and alert the public to the true danger, as well as for being ‘cagey’ with the Press.

Professor Ashton said that since 2013 public health establishments had been ‘whittled away’ while budgets and salaries had been cut ‘dramatically’.

The former north west regional director of public health from 1993 and 2006 warned that ‘massive cuts’ to local authority budgets meant ‘weakened’ health departments were no longer able to ‘keep ahead of the threats to human health’.

He said that many hospitals no longer had their own kitchens, so instead fed patients mass-produced sandwiches, which allowed the listeria infection to spread to several hospitals.

Writing in the Journal Of The Royal Society Of Medicine, Professor Ashton said similar failings were responsible for the deaths of 13 patients in care homes from Strep A infections.

He wrote: ‘So in 2019, just six years after the pack of cards was thrown up in the air and public health rearranged in an NHS-style top-down reorganisation we have a systemic problem resulting in the deaths of 17 elderly citizens who deserved better.’

He criticised reforms introduced by former Health Secretary Andrew Lansley which led to the creation of a central authority, Public Health England, meaning local authorities were no longer well-equipped to pick up on outbreaks of disease or infections.

Professor Ashton said: ‘The re-organisation means a system that was working pretty well has been destabilised, creating a dysfunctional system that is a complete dog’s breakfast. 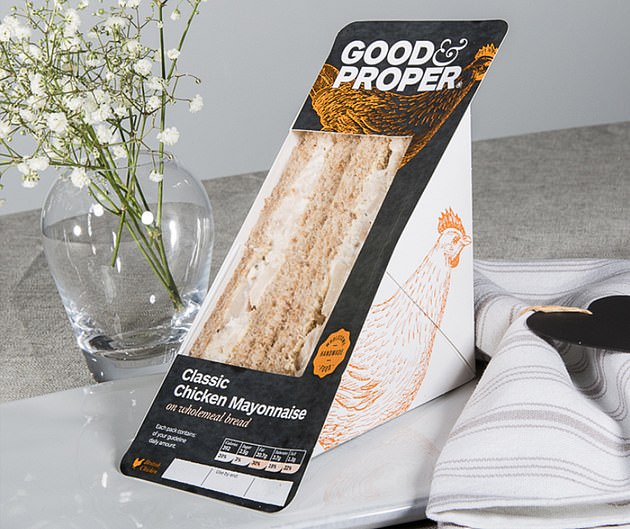 Patients are suspected to have died after eating pre-packaged sandwiches and salads linked to the same supplier, the Good Food Chain (file picture) 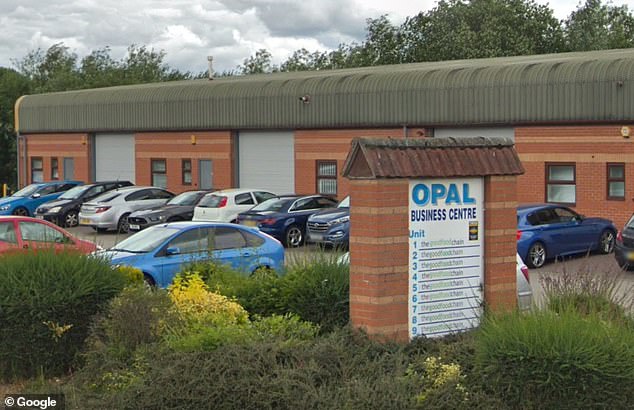 The Good Food Chain, which supplied the sandwiches, was based in Stone, Staffordshire

HOW DID THE LISTERIA SCANDAL UNFOLD?

May 20: Inquest on Mrs Sowah opened and concluded, death given as natural causes

May 25: All hospitals told to withdraw Good Food Chain sandwiches

May 29: MRI informs coroner in Manchester that the deaths of Mrs Heap and Mrs Sowah are linked to an outbreak

June 12: Manchester coroner serves court order on PHE and Food Standards Agency to supply information – they do on June 17

June 26: Food Standards Agency tells Good Food Chain it does not believe the firm is the source of the outbreak

June 27: Good Food Chain announces it is going into liquidation, meaning the loss of 125 jobs. The inquiry into the outbreak is now focused on North Country Cooked Meats in Salford

‘You’ve now you’ve got a national agency dealing with issues like food standards., which used to be the responsibilities of local authorities.

‘But many hospitals don’t have their own kitchens and are feeding people on frozen sandwiches which they purchase in bulk.

‘Food is part of the treatment when you’re in hospital and having mass-produced sandwiches is not appropriate. People need fresh fruit and vegetables.’

He said that the lack of medically-trained staff in local Government meant the listeria outbreak could not be spotted early and ‘nipped in the bud’ and that PHE wrongly ‘saw fit to claim the risk to the public was low’.

Health bosses were criticised for refusing to disclose any details about the six victims, such as their name and age.

Professor Ashton said: ‘Public Health England’s seemed to want to play things down, as though their main interest is to protect ministers back rather than being open with public about the threats.

‘When the listeria outbreak occurred, they were very cagey and newspapers struggled to get information.

‘Had arrangements been different, it’s very likely the listeria outbreak would have been seen earlier and nipped in the bud. You can’t say for certain lives would have been saved, but I’m sure they woud have spotted the infection in the supply chain.’

He said these outbreaks had followed ‘radical changes’ to local government which ‘unravelled’ the existing public health system.

According to a 1988 inquiry a lack of effective local environmental and communicable disease control was deemed to be central to both events, he said.

Prof Ashton warned that the lesson from history was not to embark on another re-organisational ‘folly’.

Public Health England (PHE) said earlier this month that a sixth person had died after eating pre-packaged sandwiches and salads linked to a listeria outbreak.

The latest death was one of the nine cases previously confirmed and PHE said there have been no new cases linked to the outbreak.

The patient, whose age and gender were not given, acquired listeriosis from Good Food Chain products while at Western Sussex Hospitals NHS Foundation Trust, PHE said.

The Food Standards Agency has previously confirmed that the Good Food Chain, which went into liquidation in June, was not the source of the outbreak.

Health bosses had previously reported 12 deaths due to the spread of the rare bacterial infection, but an additional case has been added to the total after Public Health England reviewed how cases are defined.