Attorney General Jeff Sessions has decided that he doesn’t need to appoint a second special counsel to probe the FBI’s use of the so-called ‘dirty dossier’ in snooping on Trump associate Carter Page.

On Thursday, Sessions said that he thought it was enough to have the Department of Justice’s Inspector General looking into the bureau’s use of the dossier to obtain a FISA warrant, while adding that there’s already an ongoing internal department review.

Sessions’ move will likely annoy President Trump, whose lawyers had called for the appointment of a second special counsel.

On top of that, the attorney general – who the president has labeled an ‘idiot,’ ‘beleaguered’ and ‘disgraceful’ – is currently on the cover of Time magazine.

That’s something that’s annoyed Trump in the past.

Attorney General Jeff Sessions likely just doused himself in hot water, as he said Thursday he wouldn’t be appointing a second special counsel, which President Trump’s lawyers advocated for. He’s also on the cover of Time magazine, which won’t sit well with Trump 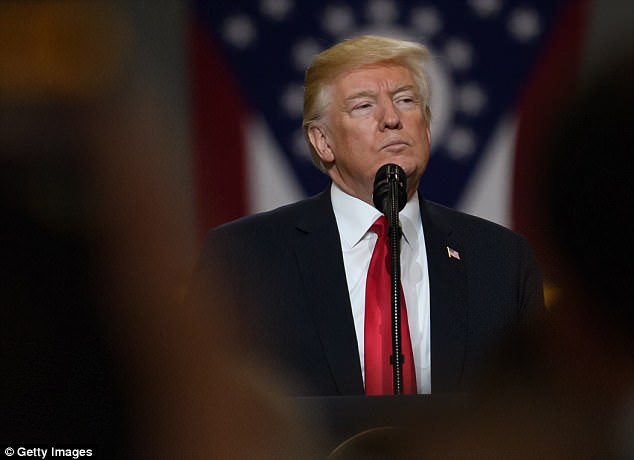 Sessions has been a focus of Trump’s anger for the past year, after recusing himself from the Russia investigation last March. 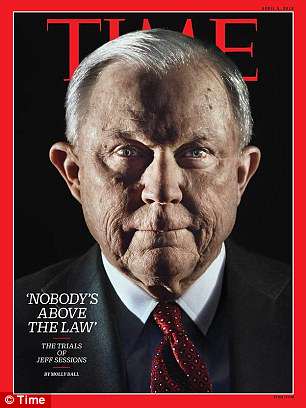 Attorney General Jeff Sessions may be in double trouble with President Trump, as he’s also appearing on the cover of Time

In December, Axios reported that Trump’s legal team thought Sessions and the FBI were more to blame for the Russian ‘witchhunt,’ as the president calls it, and recommended that Sessions name a second special counsel.

Much of the suspicions surrounded the dossier, which was compiled by British ex-spy Christopher Steele and financed, during the latter half of the 2016 campaign, by the Democratic Party and Hillary Clinton’s campaign.

That research, Republicans claimed in a controversial House Intelligence Committee memo, was used to green-light a FISA warrant to spy on Page. Democrats have countered that narrative, blasting the GOP for cherry picking the intelligence.

In the Time interview, Sessions asserted that he likes working for Trump – though defended himself from the president’s attacks.

‘I want to do what the president wants me to do,’ Sessions told Time. ‘But I do feel like we’re advancing the agenda that he believes in. And what’s good for me is it’s what I believe in too.’

Sessions, a U.S. senator from Alabama before taking the top Department of Justice job, had been a hard-liner on immigration and crime, long before Trump started espousing those views.

He was the first sitting senator to endorse Trump during the campaign, doing so before the important set of Super Tuesday primaries.

But the camaraderie Sessions and Trump established during the campaign, hasn’t transferred to their relationship since the attorney general’s recusal.

Trump has tweeted multiple times that he doesn’t believe that.

He’s also taken issue with aides getting too big for their britches in the past.

Two months later, it still annoyed Trump, as was reported in the New York Times.

‘That just doesn’t happen,’ he reported told a White House visitor, suggesting the aide purposely tried to out-shine the president.