‘Late Night’ host Seth Meyers, 43, has put his apartment in West Village on the market for $4.5million.

Meyers and his wife Alexi bought the two-bedroom, two bathroom pad in December 2013 for $3.53million.

The 990-sq-ft apartment with four and a half rooms total has hardwood floors and high ceilings.

Both of the bedrooms have large en-suite baths and enviable closets.

The renovated home also has an open kitchen and a separate dining area for entertaining.

A large foyer at the entry leads to a ‘sunken’ living room has a wood-burning fireplace, sliding doors with glass panels and several bookshelves.

‘Late Night’ host Seth Meyers, 43, put his apartment in West Village on the market for $4.5million. He is pictured at his desk during an episode of the show in 2016 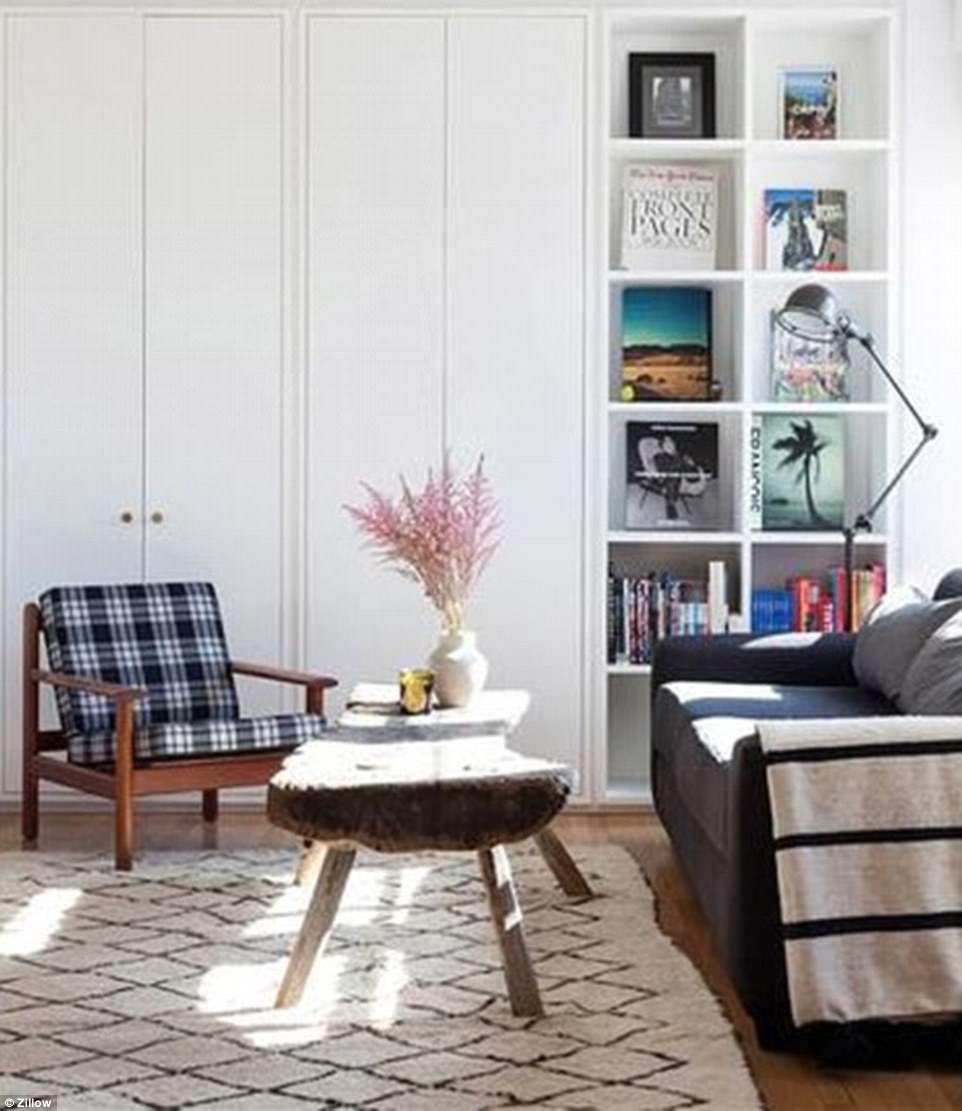 Meyers and his wife Alexi bought the pad in December 2013 for $3.53million. It has hardwood floors and high ceilings 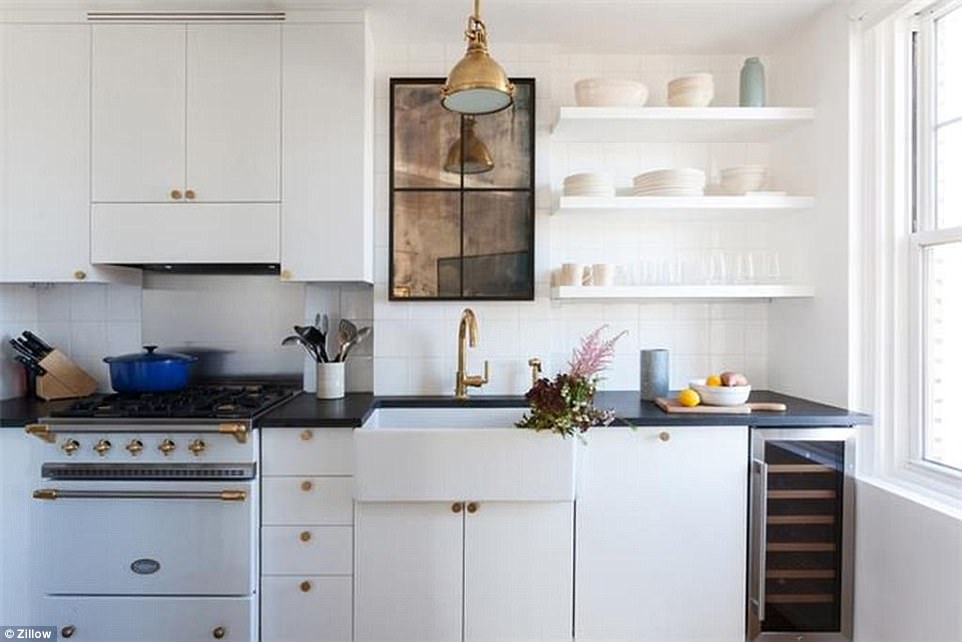 The modest, open kitchen has white cabinetry, a farm-style sink and brass accents with drawers and shelves for storage 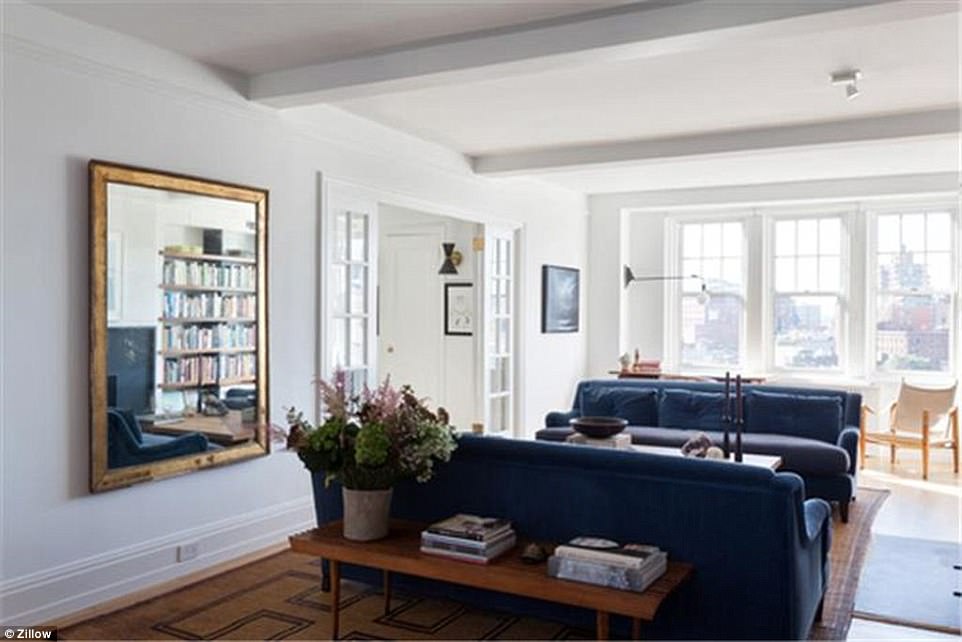 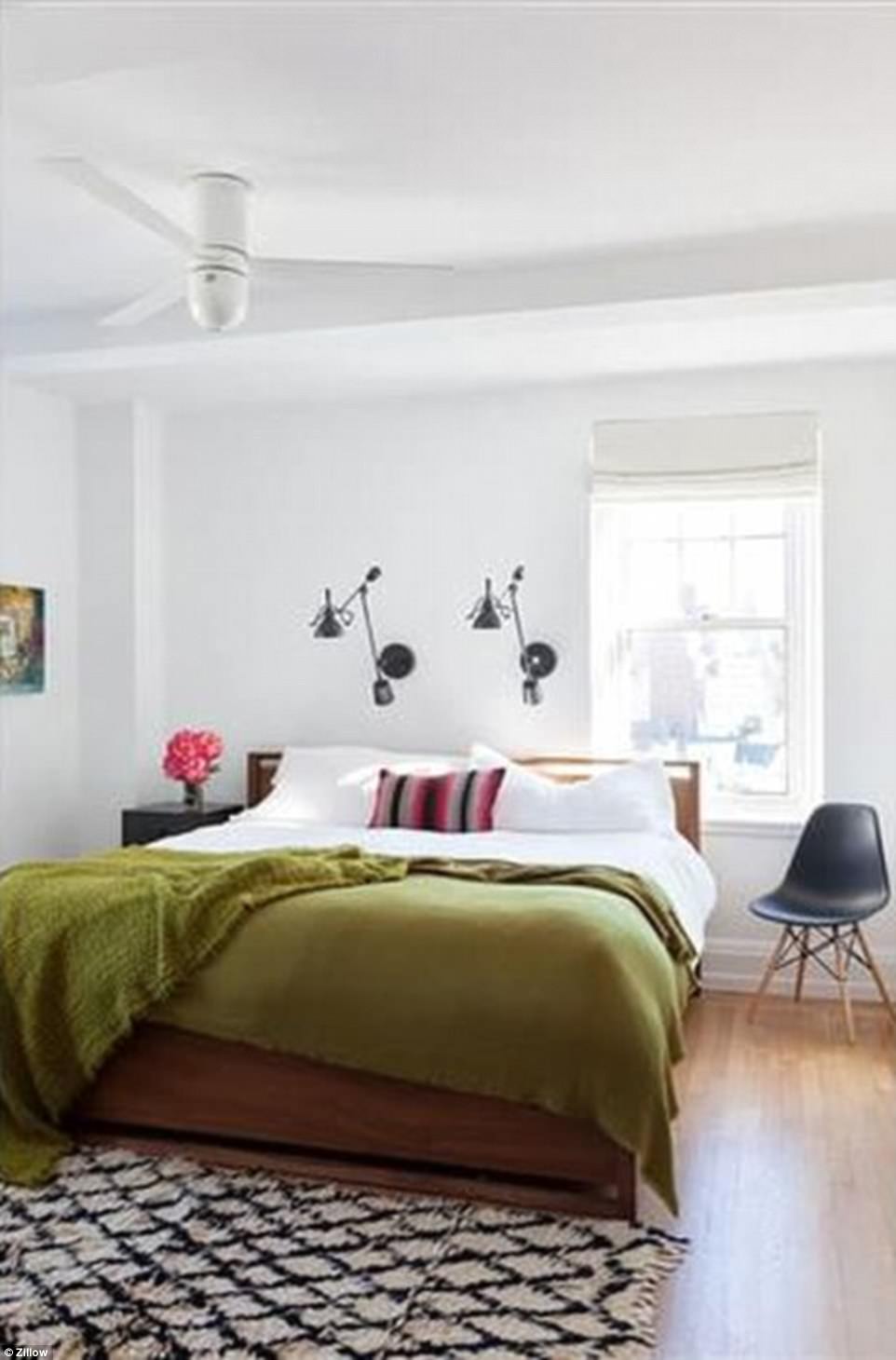 The two bedroom, two-bath home has a total of four and a half rooms, but the square footage isn’t specified in the listing

Meyers is best known for hosting ‘The Late Show’, which he took over from former host Jimmy Fallon in 2014 when Fallon moved to ‘The Tonight Show’.

Prior to that gig, he was a head writer for Saturday Night Live from 2001 to 2014 and a host on the Weekend Update segment.

The apartment is in a prewar building on 302 West 12th Street in Manhattan that was built by Bing&Bing in 1931.

The building sits across from Abingdon Square Park and has 17 floors and a total of 128 apartments.

It has a full-time doorman, stunning roof deck, storage/bike room and is pet friendly. 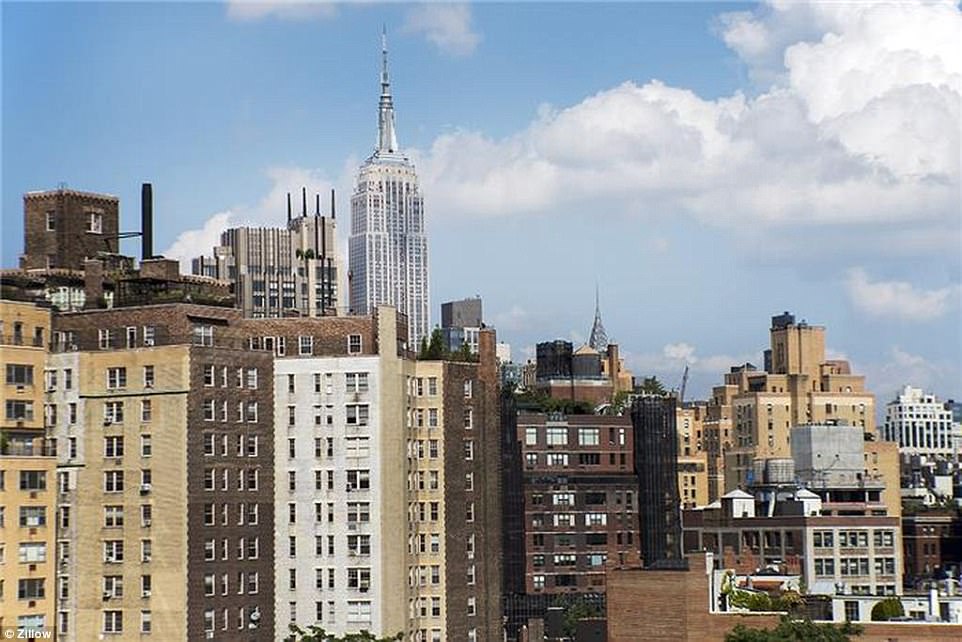 The apartment is in a prewar building at 302 West 12th Street in Manhattan. It was built by Bing&Bing in 1931 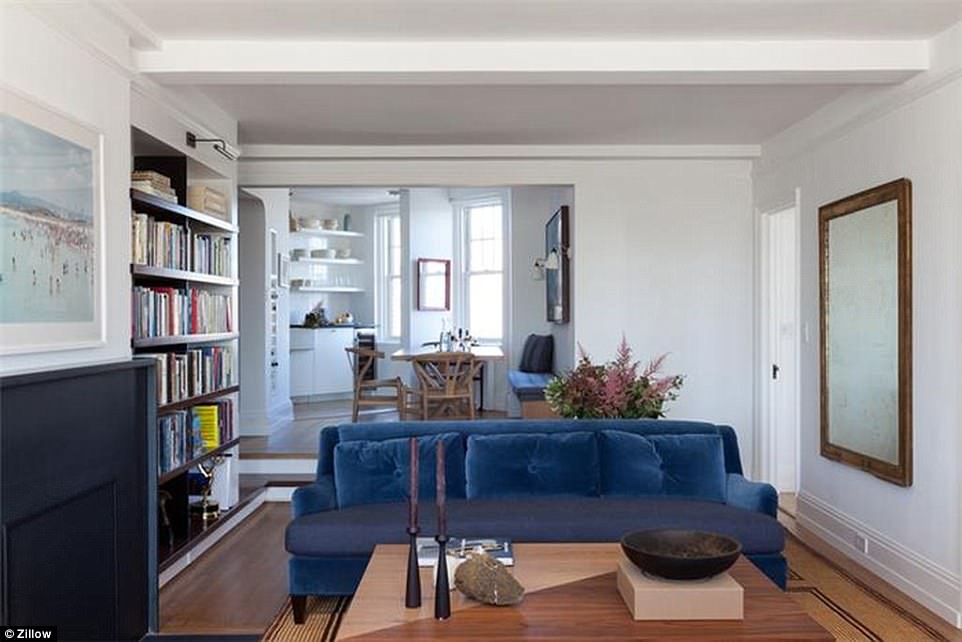 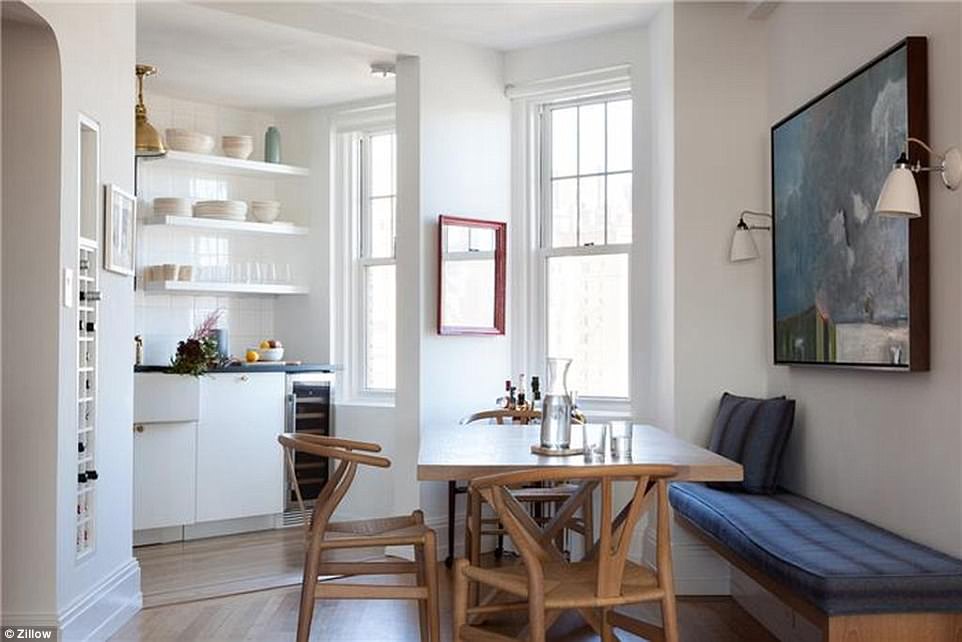 Directly off the kitchen is a dining area complete with a padded bench. Natural light creates the illusion of extra space 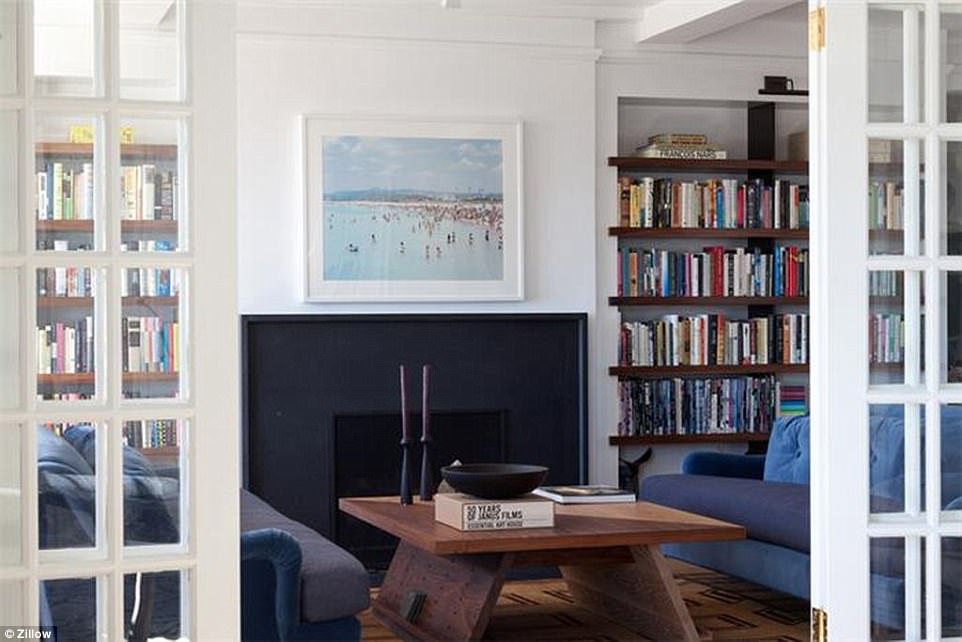 The apartment is dressed with modern furnishings, but it’s simple design could be changed to fit the buyer’s style 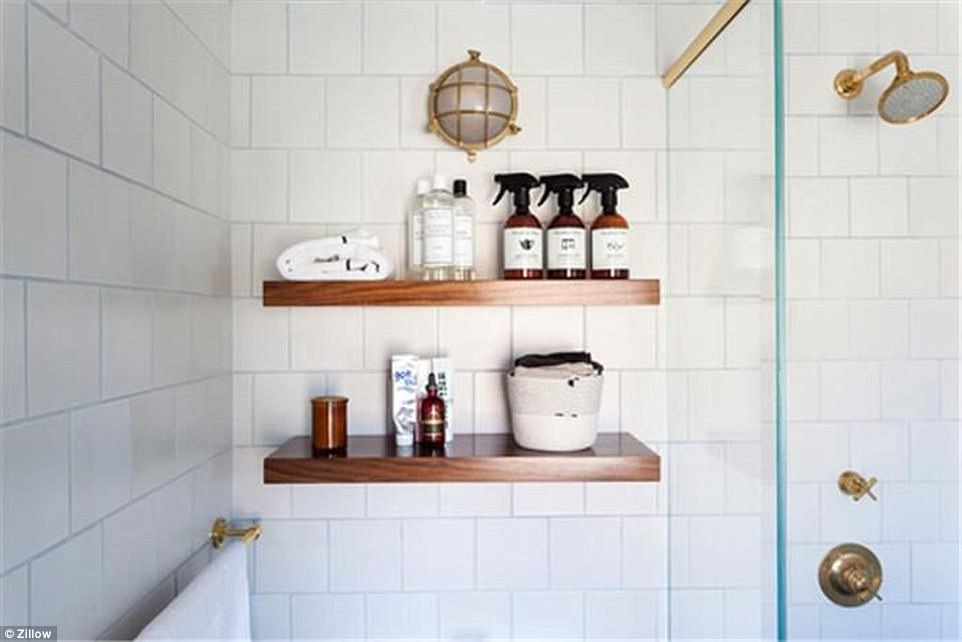 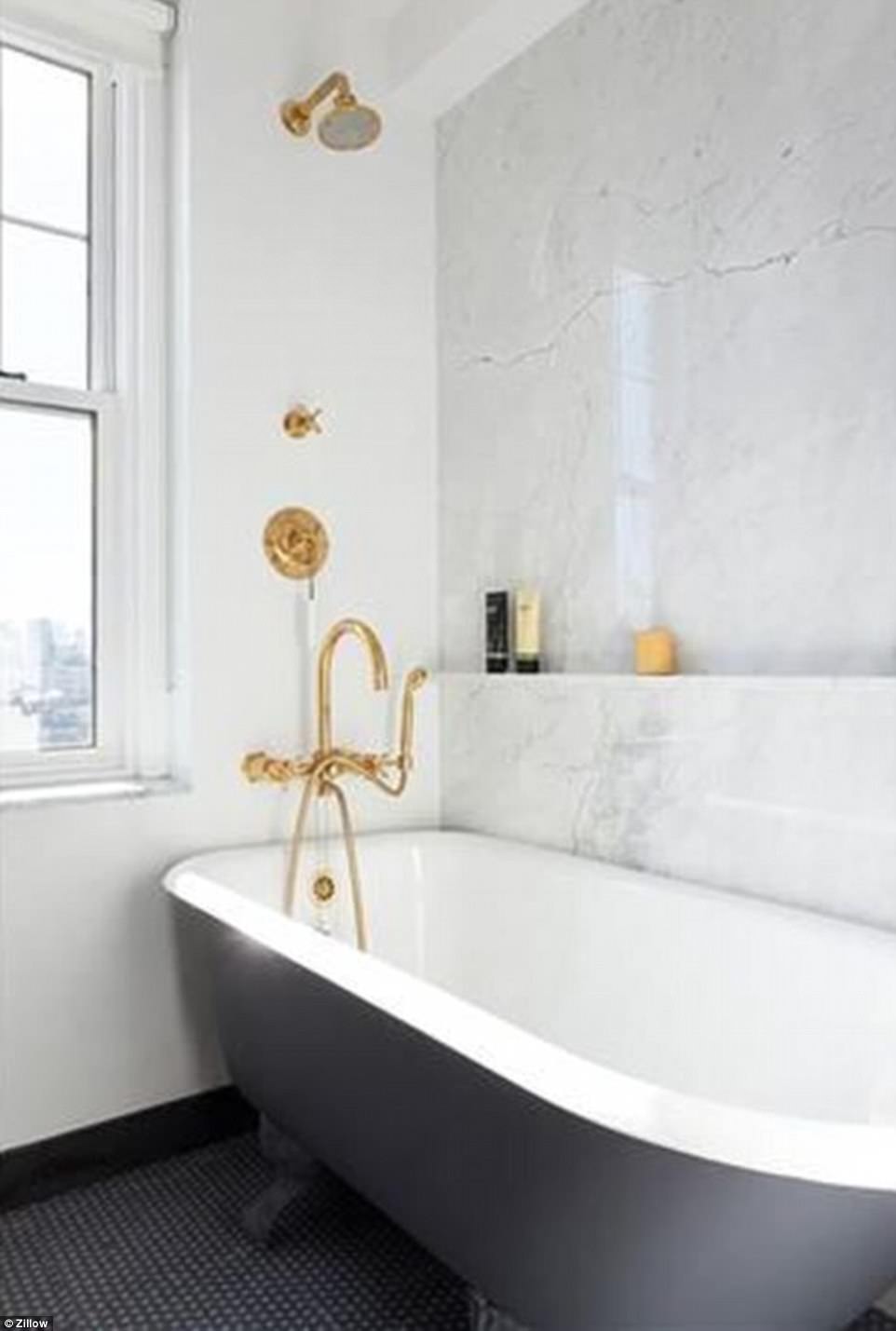 The listing is held by Maxwell Jacobs broker Max J. Kozower. The square footage is not listed.

Meyers won’t be in the market for a new home any time soon, though.

Last year he and his wife upgraded to a much larger home Greenwich Village that was once owned by actress Mary Louise Parker.

Meyers married Alexi in September 2013 after the two dated for five years and their son Ashe Olson Meyers was born in 2016. 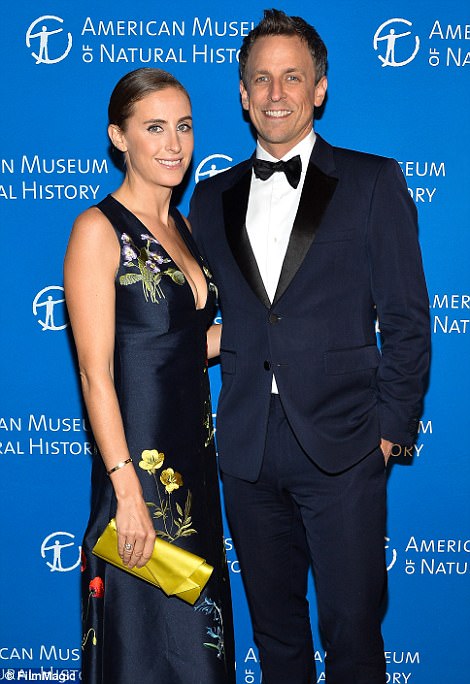 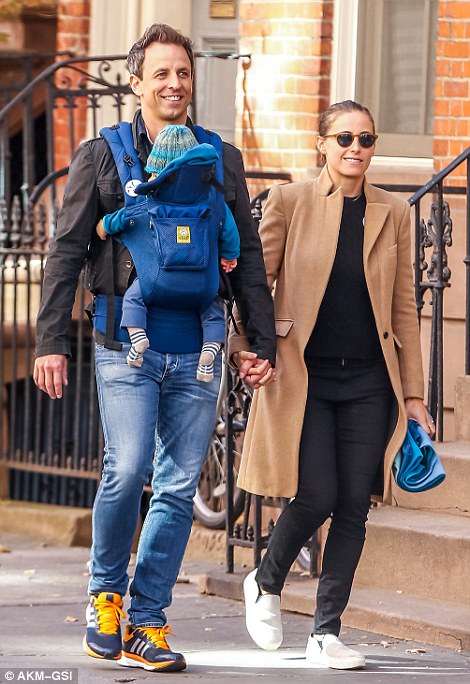 Meyers married Alexi in September 2013 after dating for five years. The two welcomed their son Ashe Olson Meyers in 2016 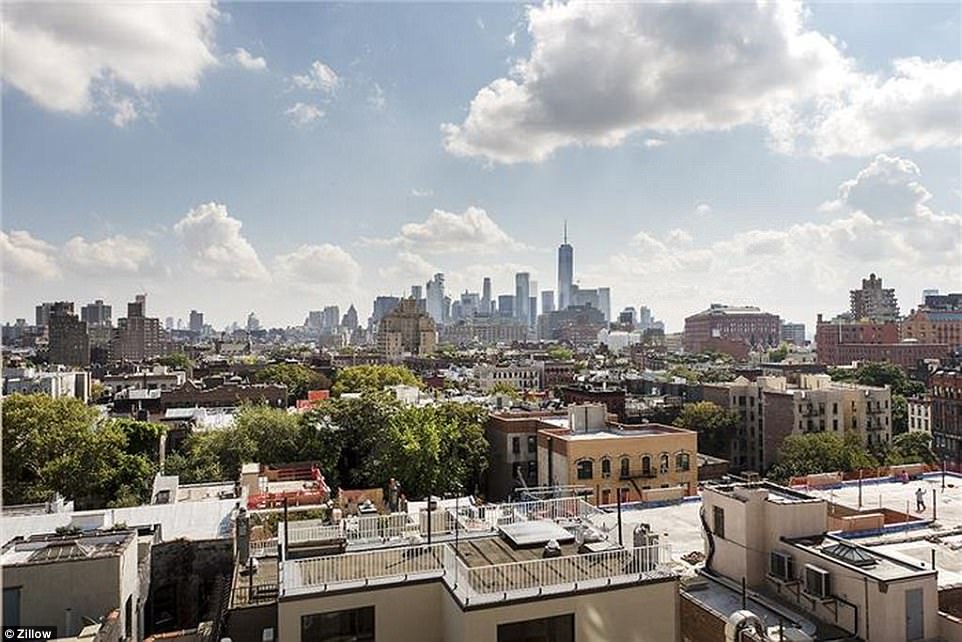 The 17-story building sits across from Abingdon Square Park and has a full-time doorman, roof deck and storage/bike room 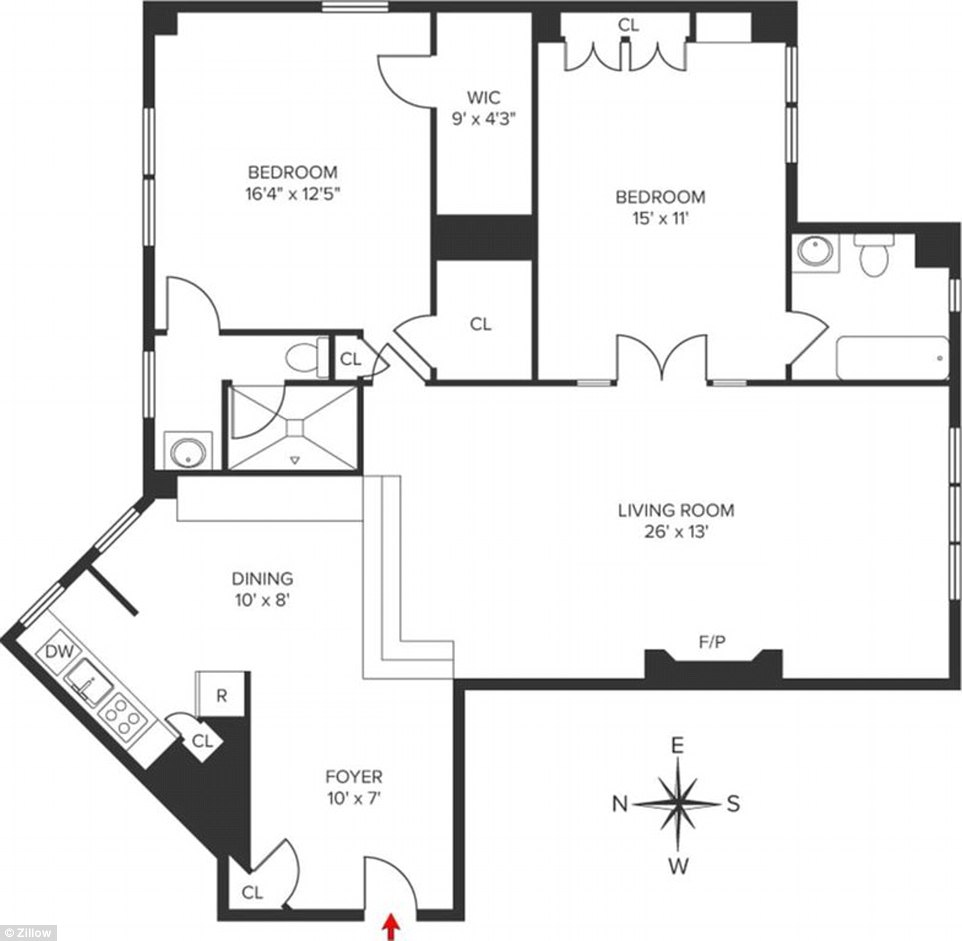 The floorplan above shows the layout of the two-bedroom, two-bath home in West Village