A father-of-four has slammed travel firm TUI after seven out of eight members of his family fell ill on a £5,000 holiday leaving them fearing for their diabetic son’s life.

Paul Hunt, 33, booked a holiday to Lanzarote for him, his wife Ceri, 31, his mother and father and the couple’s four children after a ‘tough year’.

Their five-year-old son Owen was diagnosed with type 1 diabetes in August, which his father describes as a ‘constant battle, and his brother Ethan, nine, nearly died of appendicitis earlier in the year.

The family, of Gosport, Hampshire, only got to enjoy two days of their all-inclusive getaway before they started feeling ill.

Between the third and seventh day of the holiday Paul and Ceri, Paul’s mother Pamela, 57, Ethan, nine, Archie, one, Owen, five, and James, were struck with a crippling stomach bug.

Unable to eat or drink, Owen was rushed to hospital with dangerously high blood sugar levels after coming down with the bug, where his parents were ‘petrified’ he might not make it.

Mr Hunt, a finance manager, has complained to TUI and demanded half of his money back – but they have refused so far.

Owen Hunt (pictured in hospital), five, was rushed to hospital after his blood sugar shot up after catching a crippling stomach bug on holiday in Lanzarote last month 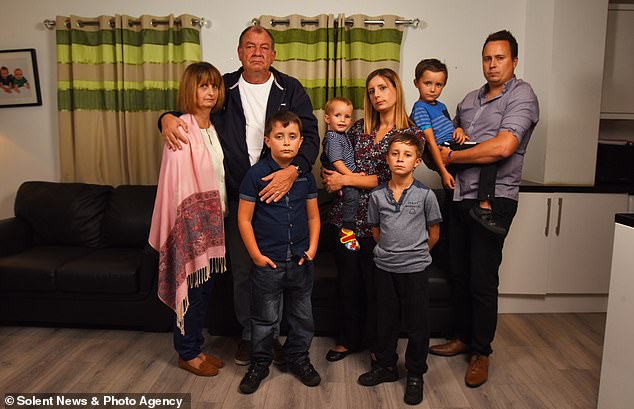 The Hunt family said their holiday was ruined yet they have not been compensated by TUI. (Pictured from left) Pamela, Roger, Ethan, 9, Archie, 1, Ceri, James, 7, Owen, 5, and Paul

He told MailOnline: ‘It’s been a pretty tough year. After Owen’s diagnosis we tried to make him feel better about himself.

‘He was really worried about being ill and being different from the other kids at school.

‘So it was meant to be a special holiday – and it was my 33rd, my father’s 60th and my son’s ninth birthday. But it was a nightmare from start to finish. 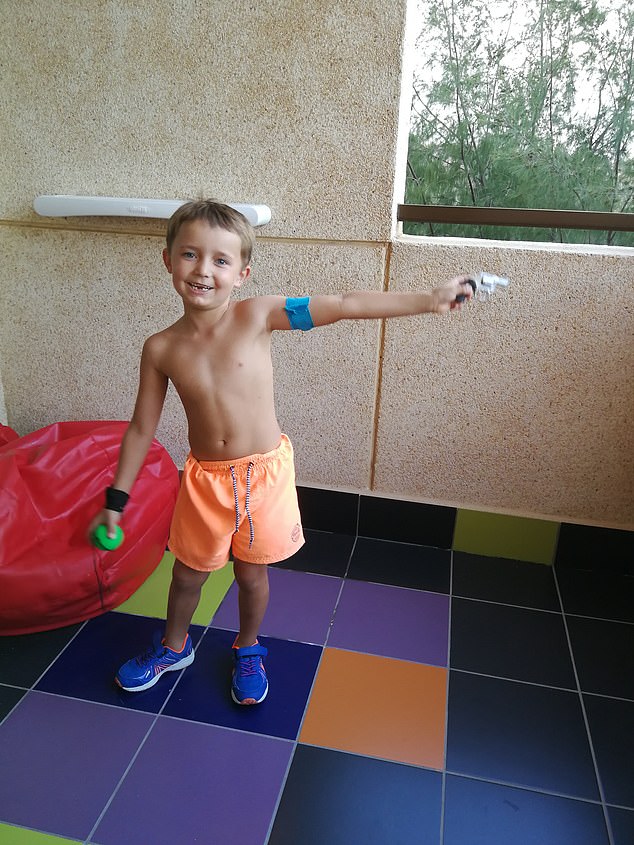 Owen had been enjoying his family holiday last month, when he fell frightening his parents who had gone away after a ‘tough year’ 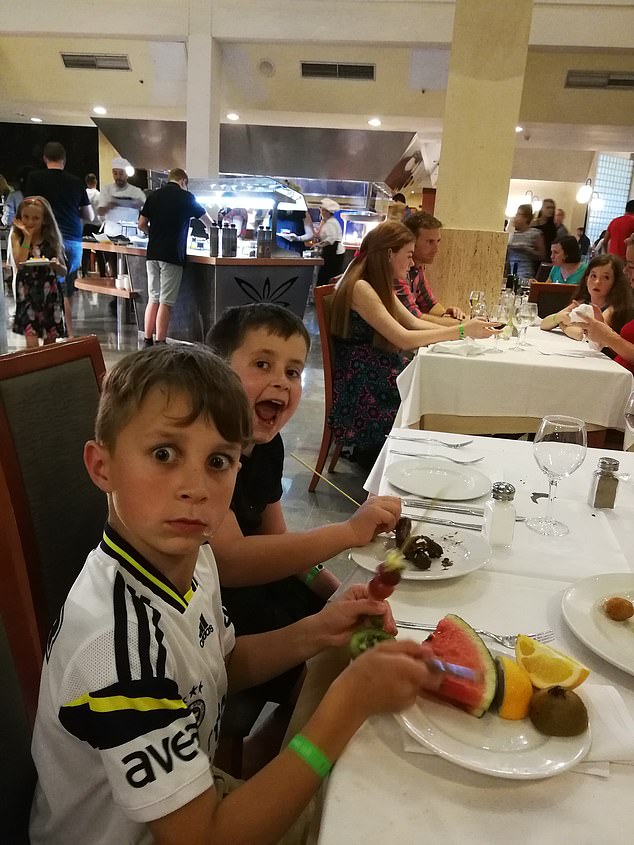 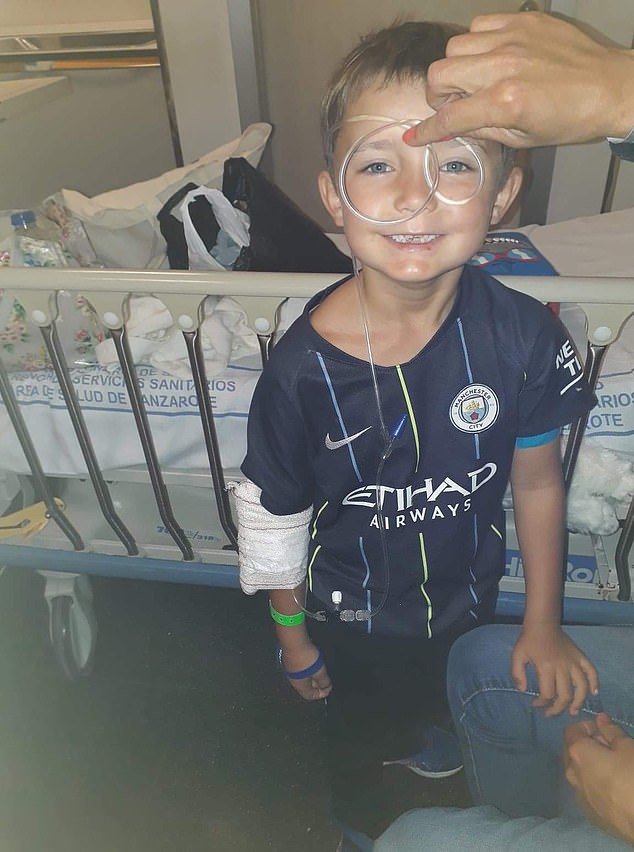 ‘TUI like any other company have a duty of care to their customers – but where was the support? They haven’t helped at all.’

The Hunt family’s case is one of a number of cases lodged against the travel company over poor hotel conditions and bouts of illness on holiday.

Recently a woman celebrating her 40th birthday with a TUI trip to Cuba complained she and others on their flight back to Gatwick were served un-refrigerated ham sandwiches.

Late last month, TUI passengers in Morocco staged a protest against their holiday rep after being delayed for hours without any food or drink.

Another couple, Tanywa Woodgate and Richard Williams say their holiday to Crete ended up costing them £10,000 after they claim to have caught bed bugs at the resort, which ‘followed them home’.

The Hunts arrived in the Canary Islands late on Thursday, October 25 and flew back the following Thursday.

Mr Hunt says the first two days were ‘fine’, but then Ethan started being sick and going to the toilet with diarrhoea on Sunday.

He recovered in just over 24 hours, but then Paul, his baby Archie and diabetic Owen were struck down with the bug on Monday.

They had planned for a family meal, which he said was ‘ruined’ because everyone was ‘trapped in the hotel room’ and unable to eat anything.

Owen got diarrhoea and vomiting like the others, but unable to eat and drink his insulin levels dropped and blood sugar went up worryingly high.

‘Petrified’ Mrs Hunt rang their local hospital back in Portsmouth desperate for advice.

Doctors told her Owen’s ketones were dangerously high, which meant his blood was turning acidic and could have left him in a diabetic coma. 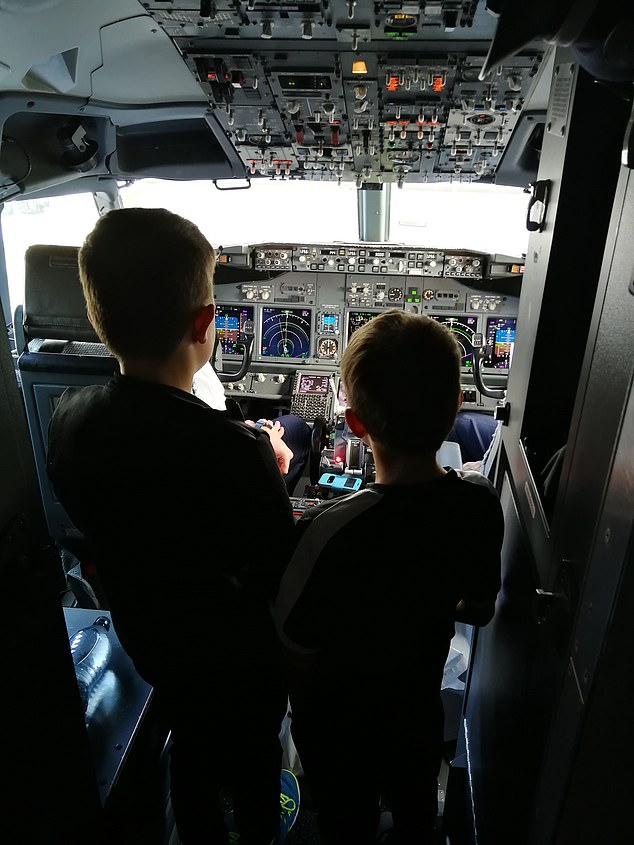 Paul Hunt shelled out thousands so his sons could enjoy a trip away. Owen was diagnosed with type 1 diabetes in August, which his father describes as a ‘constant battle’

At 5.30am on Tuesday they got a taxi to hospital, leaving Mr Hunt behind as he was still vomiting in the hotel room.

He said: ‘He was really ill, we were petrified. My wife had to do everything, all the pressure was on her, because I couldn’t do anything.

‘We were worried we were going to lose him, when he was diagnosed we read up on everything and you hear these stories about children waking up to find their child died in the night.’

At the hospital Owen was given insulin and other vital fluids through a drip, which Mr Hunt says was ‘agonising’ for him.

He was discharged on Wednesday but still didn’t want to eat or drink anything because he was scared of getting ill again – leaving his parents worried his blood sugar would rocket once more.

The family stopped eating at the hotel restaurants and had to spend extra money on supermarket food, which was added to the money they wasted on excursions they missed out on, Mr Hunt claims.

But on Wednesday his wife, mother Pamela and son James also got ill – leaving only his father Roger in good health.

It was at this point that Mr Hunt informed their TUI rep, who he claims did little to help.

He added: ‘They didn’t get back to us until we were on the transfer back to the airport.

‘They didn’t come and check up on us. It was pretty awful service on their part. It was shocking, actually.’

Mr Hunt claims the whole ordeal could have been made easier if they had support from the travel operator. 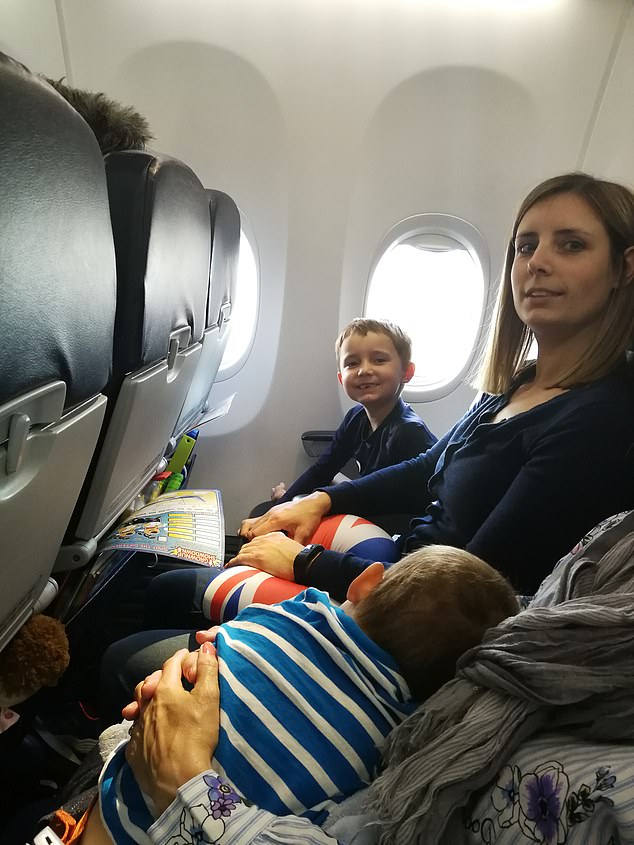 He said: ‘I felt awful not being able to go to the hospital with my wife.

‘You worry about the language barrier, are they giving him what he needs, do they understand what’s happening?

‘The hospital was actually very good, but we were just all knackered and trying to calm a five-year-old boy down from a hypo-state was not easy.

‘He was really vulnerable.’

Some of the children were unable to return to school for three days after the holiday and their grandmother was violently ill on the plane home.

Mr Hunt also revealed he and his wife went on their honeymoon to Cuba with TUI-owned company First Choice and fell ill – but they put it down to bad luck.

But now he says: ‘There’s definitely a pattern.

‘We are entitled to compensation. When we got there the balcony of our hotel room wouldn’t shut properly and the buffet food didn’t look great.

In an email sent to Mr Hunt, a TUI spokesman said they were ‘sorry he was disappointed on this occasion and that he was unwell on his holiday’.

They advised him that any hospital costs should be sought from his travel insurer but offered no compensation, before adding: ‘I do hope that we can restore your faith in us and welcome you aboard a TUI or First Choice holiday in the near future.’

Mr Hunt has written to the firm’s CEO but claims he has not yet had a response.

He said: ‘Our holiday was ruined and we feared for our five-year-old’s life. We nearly lost him when he was diagnosed in the summer and now this.’

A spokesman for TUI said: ‘We are sorry to hear about Mr Hunt and his family’s experience on their recent holiday. We treat claims like this seriously and we have been in direct contact with Mr Hunt directly to gather more information.’