A new poll has revealed that seven out of ten kids prefer to be on their mobile phones than to chat with parents while on car trips which is threatening precious family time.

The Galaxy poll found that out 1,200 polled, 76 percent of parents with kids aged from three to 16 said the youngsters were glued to a mobile device while on family car trips.

The trend has left one Australian parent banning the use of mobile devices in her car altogether, reports the Sydney Morning Herald.

Rebecca Zosel told the publication that her partner and herself had come to an agreement to ban any screen time in their car.

‘We don’t drive a lot but when we do, we just use the time to talk,’ she said.

‘There are sometimes arguments and they get bored or irritated but as a family of five, there are always things to talk about,’ she told the newspaper.

Her sentiments were also echoed by psychologist Sabina Read who said car trips were the best time for families to catch up.

‘We need to be regularly available as parents and car trips are the perfect opportunity,’ she said.

The poll which was commissioned by Ford Australia also found that adults who were not behind the wheels were equally guilty of the same trait of being too involved with their mobile phones while in cars.

The poll found 63 percent of those surveyed admitted to using their mobile device to check their social media page, send emails or sometimes play games. 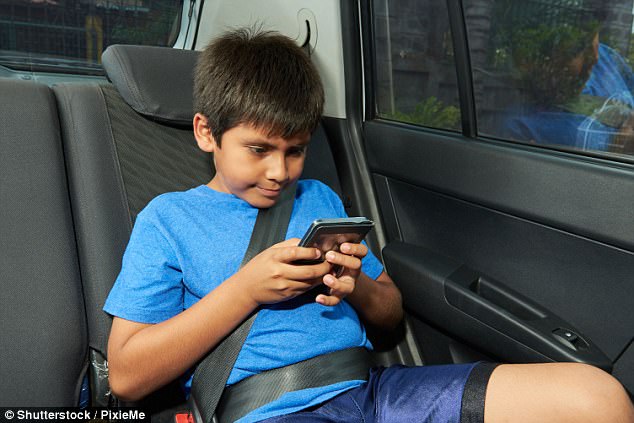